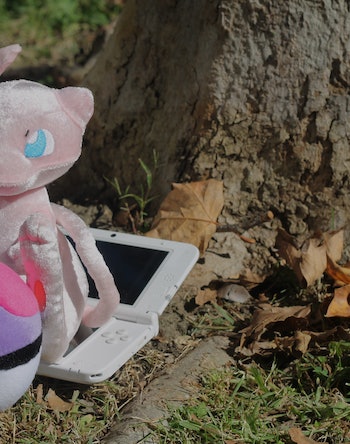 2016 has been a big year for Pokémon. Between the series’s 20th anniversary and the success of Pokémon Go, the franchise has been in somewhat of a resurgence. But Pokémon is more than just video games: Pokémon merchandising is big business. In America, this is handled by TOMY, who has been the master toy, plush, figurine, role play, and games partner for Pokémon in the United States and Europe since 2013.

This year, TOMY also handled a line of 20th anniversary merchandise, releasing new products every month that coincided with the same in-game distribution of mythical Pokmon, such as Darkrai in May and Victini in September. Like many toys, the route from start to finished, packaged product can be a lengthy process.

TOMY typically begins “framing” groups of products roughly 14 months before they are set to hit shelves. Currently, TOMY has started initial work on products that won’t release until early 2018, while also keeping in mind what will release in the back half of that year.

“Each product, and especially on Pokémon, I have to say, has to make sense with one another and really tell a story,” says Morgan Weyl, Director of Boys’ Toys for TOMY. “Basically, take the consumer through a journey from one product to the other, one figure to the other, one category of products to the other.”

And unlike brands that may have only a handful of characters to focus on, the number of available options to pick from for its products is always expanding. TOMY works in conjunction with the Pokémon Company to help narrow down which characters to focus on — Pokémon currently has over 700 different creatures — and tries to time toy launches with what is coming up in the TV show — something that can be difficult given the needs of both TV and toy scheduling.

“There are some concessions that we have to make in the end,” Weyl says, “But we’re trying to react as soon as possible to make sure that there is resonance between our product line and what the kids can actually experience on TV.”

But the anniversary line, which also featured rare Pokémon characters, like Mew, Celebi, and Shaymin, worked on a bit of an accelerated schedule, while being “very, very secret.”

“I would say the Pokémon Company, but as well as, you know, any other video game company as well…are very, very shy on information,” Weyl says. “Because it’s all about last minute, and literally surprising the fans.”

TOMY got wind of the idea behind the anniversary releases in January 2015, and then had to rapidly get moving to meet the monthly releases of the product, making the overall project “tricky,” according to Weyl.

The resulting 20th anniversary line includes plush versions of each month’s mythical Pokémon, as well as corresponding Clip ‘N’ Carry Pokeball figures. The process for creating the plushes — Weyl was quick to credit TOMY’s designers, and its dedicated plush designer — begins with a concept sheet. TOMY also uses 360-degree models of the characters, as well as past figures that they may have created.

“We see, basically, our plush as figures,” Weyl says. “And actually, we don’t call them plush anymore, internally. We call them soft action, because they are actually a true representation of the character, but in a plush material.”

The “softer” nature of plush does make it more difficult to work with than plastic, however. Tight-knit relations with the factories are also important: In order to carry out changes throughout the production process, TOMY gets early samples, making design changes “on top” of those.

Specific to the 20th anniversary plush release, TOMY also worked with a crushed velvet material, giving the Pokémon a stylistic look that matched the pearlized finish of the corresponding 20th anniversary figures. Those figures were released as part of the Clip ‘N’ Carry Pokeball series, and TOMY even revamped the packaging — down to the colors, materials, and texture — as well.

“Packaging was a true, integral part of the product thinking,” Weyl says. “And we actually spent a lot of time on it to make sure that we were getting it right spot-on and as high quality as possible.”

Both the plush products and the Clip ‘N’ Carry figures have their own packaging. The plush were released in see-through vinyl bags, while the Clip ‘N’ Carry line have a window pack, with embossment, mylar material finish, and gold highlights. Pokédex information for the characters was also included as part of the packaging.

“And when you look at the Clip ‘N’ Carry,” says Weyl, “basically just running your fingers on the packaging just actually gives you a very sensitive experience of it, so it’s all about preciousness and giddiness.”

And while TOMY saw online feedback from fans in regards to the difficulty to locating the products, Weyl thinks that the elusiveness fits in with the overall themes of the series.

In fact, Weyl believes Mew — the inaugural release in February — sold out within 72 hours, something that was “a bit too quick” for TOMY, even if it was glad to see the sell through. But the company also didn’t want to go against the grain of the idea of the mythical characters, and produce too many of them, instead, working to find a balance.

The releases have been exclusive to various retailers, guided by what the Pokémon Company had planned for their digital releases of the characters. Certain Pokémon could only be downloaded at GameStop locations — something that TOMY then had to also align with. Toys “R” Us was given other exclusive releases in an attempt of “rewarding” people who purchased Pokémon products from that chain, and other retailers — Walmart, Target, and Barnes and Noble — all received exclusive entries in the product line, as well.

“We literally wanted to give everybody a different experience and you know, make them go and hunt products in the same way that you would travel the Kalos region…to basically travel these regions to catch these Pokémon,” Weyl says.

And while Weyl admits that “it’s very difficult to have everybody happy,” and that such a staggered approach may not fit with other toy product lines, it’s something that he thinks does work within the Pokémon universe.

However, given how fast Mew left shelves, TOMY is re-releasing the character in a new package, with a plush Pokeball at GameStops somewhere in the October-November timeframe. The final mythical Pokémon in the series — Meloetta — will also release in December.

But the biggest challenge for the Pokémon toy lines? For Weyl, that’s easy: accuracy. All the way from how the finished product looks on shelves, down to the paint itself, and what materials are picked.

“And this is something that the Pokémon Company, themselves, are driving very, very, very carefully,” Weyl says. “There is a huge amount of detailed attention and time that is put on every single character…this is what matter[s] to us, is that, you know, you could have a really true experience with the characters, that the characters would look true with the articulation that they have.”

And with that attention, TOMY is able to bring digital and animated characters into stores as part of Pokémon’s multi-billion dollar foothold in the licensing industry, working within the 20-year history of the brand that is still vying for players to catch them all.