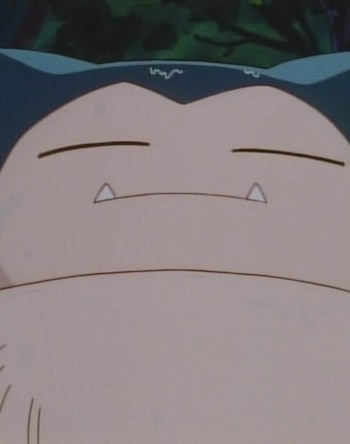 There are two videos on the internet I show everyone. One is Norm Macdonald telling a ridiculously long joke about a moth to Conan O’Brien. The other is a low-res cell phone video from 2006 of two teens — one lying on a couch, one behind the camera — watching the original Pokémon movie. The former comes from one of O’Brien’s talk shows, and the latter? Hard to say.

Social worriers often claim that once something’s posted on the internet, it’s online forever. That’s not exactly true and, even in the cases where something does persist, it’s often hard to track down its source. There’s so much cyberspace nowadays and so much intellectual property theft that looking for an original video feels like looking for a needle in a needle stack.

Still, after years of watching them, I couldn’t help wonder: Could I find those Pokémon-loving teens? Could I, an interested third party, preserve the history of a piece of internet detritus? And what would that entail?

I needed to know.

To put my quest in context, here’s a transcription of a particularly compelling portion of the clip:

TEEN 1: Only Snorlax can hold — look at him! He’s fucking huge!

TEEN 1: He’s more ripped than you.

The video is less than two minutes long and that is all that it is. The friend on the couch getting all the Pokémon names wrong, and the friend behind the camera getting worked up — “I’ve seen this movie a thousand times” — all in heavy New Jersey accents. There is nothing to this video, but something about the timing, the intonation, and the seriousness of the one kid in response to the disrespect for Snorlax, combine to make perfect comedy. And I wasn’t the only one who thought so.

Like most memes, the video has been copied and remixed and reuploaded repeatedly, and it feels safe to say it’s collected millions of views. It’s impossible to say for certain, though, as the original video is essentially gone.

But there are a few bread crumbs to follow. There’s an old Know Your Meme page — a sort of collection of previous internet sleuthing of viral videos and memes — that was never fully fleshed out, and a version of the video also made the rounds on Tumblr at one point over six years ago. And both point to the same YouTube user: wildboy9000.

The problem? The video has a copyright claim against it. You might be familiar with “This video is no longer available due to a copyright claim by [INSERT NAME OF COMPANY HERE]” with a little frowny YouTube symbol in the middle of what should be a video. It’s the calling card of YouTube’s attempt to comply with the Digital Millennium Copyright Act (DMCA).

The DMCA, in a nutshell, requires corporations to remove material that infringes on copyrights in a timely manner once they are notified of the problem. For YouTube, and any website that allows user submissions, that can be something of a nightmare. That’s why there are two kinds of claims, though they achieve much the same outcome. A direct claim from a copyright owner, where a person on the other end is saying, “Hey, we own this,” and Content ID, a database of copyrighted material that YouTube compares and contrasts uploads against. Videos like this one are pulled.

After digging a bit, and reaching out to YouTube, it turns out there are few options for a third-party consumer like myself to do much of anything. The way this is supposed to work is a creator uploads some original piece of content, it gets hit with a copyright claim, and then the creator can file a counter claim stating why the copyright claim is erroneous.

“The person who uploaded it has to counter notice,” Mike Rugnetta of PBS Idea Channel says, and the stakes for doing so are high. “If you counter notice on fraudulent (or even just simply incorrect) terms, you risk receiving a strike which will limit the capabilities of your channel.”

Rugnetta makes it clear that any and all IANAL (I Am Not A Lawyer) provisions should apply here, but he’s also spent years inescapably entwined with YouTube, memes, and viral videos for both work and personal projects. So he’s fairly knowledgeable about such things.

“That’s why lots of really scummy companies are able to weaponize [the Digital Millennium Copyright Act] — they are never penalized for incorrect notices,” Rugnetta continues. “But the people they notice can be penalized for incorrect counter notices. And I think even if you do counter notice, and succeed, there’s no [YouTube] version of double jeopardy. You can be ‘tried’ for the same ‘crime’ over and over again.”

Most of what Rugnetta’s saying seems to be accurate. According to a YouTube spokesperson, a rights holder found to be abusing YouTube’s tools by submitting several claims against the same URL, even after a successful counter claim by the uploader, could have those tools disabled or even get their account terminated.

This is a regular dance done by creators that fall under fair use, meaning they’ve somehow had a “transformative” effect on copyright material through criticism, parody, commentary, and the like. Given that the Snorlax video is more about the way the kids are talking about the movie than the movie itself, it seems a pretty clear case of fair use.

There is one other option, however. Not only can the original uploader file a counter claim (which can be tricky), the rights holder that filed the claim can subsequently rescind it. And that’s why I reached out to Shogakukan-Shueisha Productions Co., Ltd. (commonly referred to as just ShoPro), the company that issued a copyright claim against the video.

See, ShoPro handles the media division for the Pokémon franchise, at least in Japan. So copyright infringement for the original Pokémon movie would have likely fallen under their jurisdiction at some point after 2010, which is the last working example of the video I could find using the Internet Archive’s Wayback Machine.

While a ShoPro spokesperson confirmed that they participated in Content ID, they would not confirm whether they had directly made a copyright claim against the video in question. They also noted that the Pokémon Company International holds the rights outside of Japan, which doesn’t explain the copyright notices. The company stopped returning my emails after declining to comment further, and requests for comment made to the Pokémon Company International have so far gone unanswered.

It seemed like that might be the end of my quest. The company that filed the claim either didn’t know they’d filed it, didn’t care to rescind it, or couldnt be bothered looking into it in any great detail. The original Snorlax video would just have to stay lost.

And then, like an angel descending from the heavens, I found him. I found wildboy9000. Through a series of social media corroborations and comparisons that included YouTube, LiveJournal, Facebook, and more, I felt confident that I’d found the dude responsible for one of my favorite videos of all time.

But … his picture didn’t look too much like either of the kids in the video. But who knows, right? People grow up. And he didn’t have the accent, but he’s a young professional now, so maybe he just naturally lost it. After emailing without response, I called his work number with butterflies in my stomach. “Finally,” I thought. He could solve all this with a simple counter claim. I could walk him through the process, even.

After a confusing introduction, there was only a pit left where butterflies once were. He was shocked to hear from me, as he’d uploaded the video to his YouTube account after seeing it on eBaum’s [World] or something years and years ago. It wasn’t him in the video. He wasn’t the creator. I hadn’t solved anything.

“It had a joke about a dragon or something? Yeah, man, that shit was funny, so I uploaded it myself,” he admitted. I asked if he was sure that’s where he found it, if he was positive that it was something like eBaum’s World, a notorious clearinghouse for internet flotsam and jetsam in the day that held little regard for sourcing. He audibly shrugged.