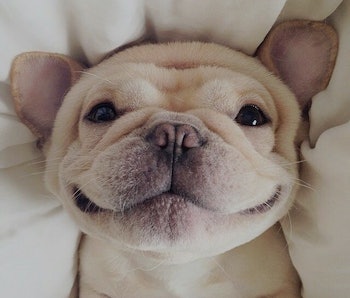 No matter who you voted for in the U.S. Presidential Election on November 8, we can all agree that it has been an utterly exhausting 24 hours. If you were paying attention to the results of the race — which went well into the night with Hillary Clinton calling Donald Trump at about 2:30 a.m. Eastern on November 9 to concede the race — then you are currently coming down hard from a sleepless night of social media overload. And we have the cure.

You need a social media detox. And, despite the complications of the internet and the epic shitshow of infighting that is undoubtedly happening on your Facebook feed right now, social media is not only the problem but also the solution.

Clinton recently said that she spends time looking at cat GIFs online to chill out— which is totally legit since cat GIFs are the equivalent of internet Xanax. So despite your feelings for or against Clinton, take a page from her book and treat yourself. Turn your brain off for five minutes sometime today because you deserve it. We’ve all been through a lot, and you can only block so many people on Twitter in one day. Plus, sometimes unfriending your family members on Facebook just isn’t an option.

So, we turn to something on the sweeter side. Below, you’ll find a list of some of the best Insta accounts, Twitter feeds, and Tumblr aesthetics out there to sooth your tired mind. Get some rest, you guys!