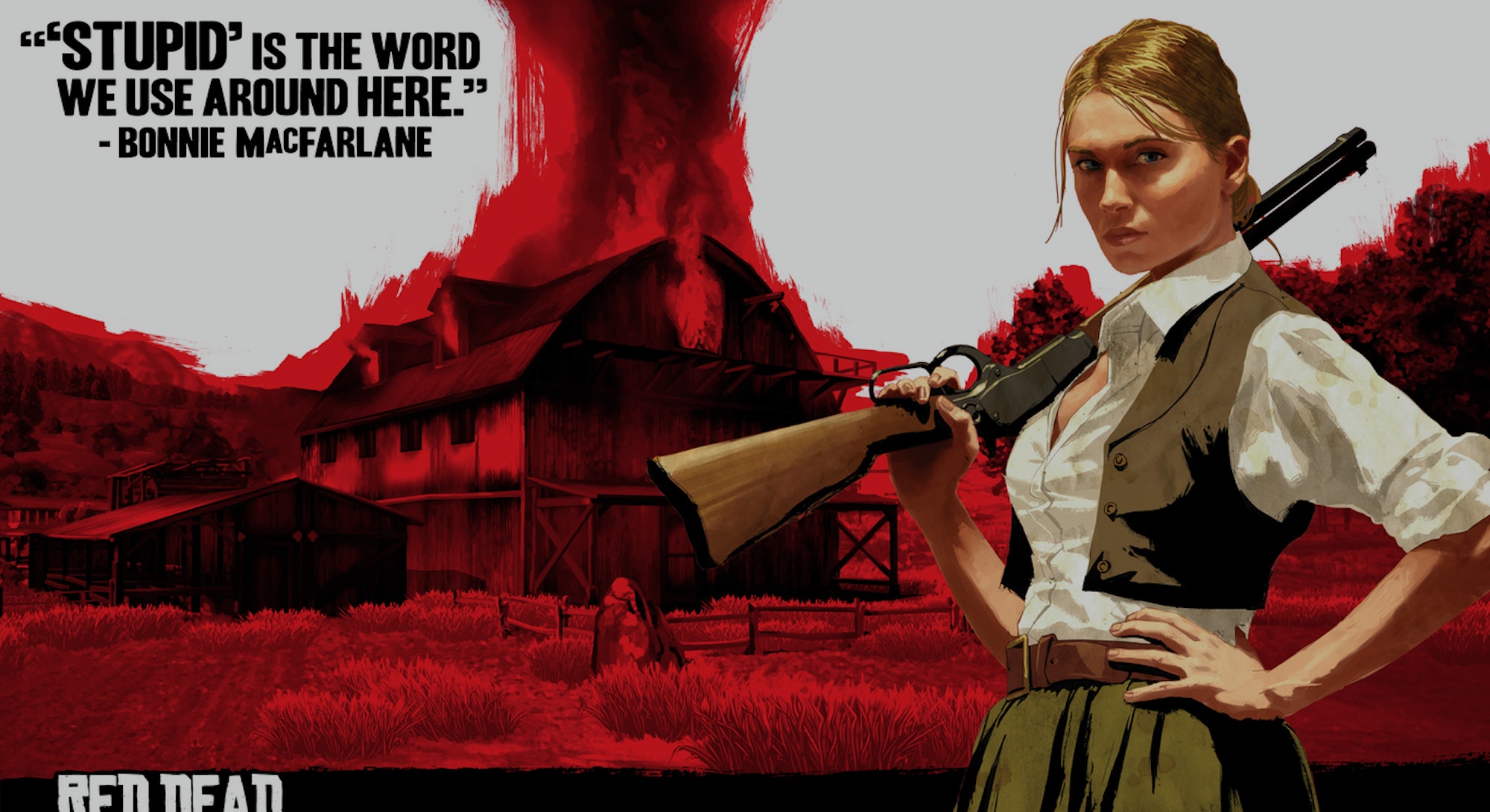 The first trailer for Red Dead Redemption 2 generated excitement amongst millions of gamers, but women gamers had a different reaction. Underneath all the new gritty bells and whistles, here was another white male protagonist. Rockstar Games, the developer behind the RDR franchise, has never had a female protagonist in one of its single-player games, an exclusion that to many women gamers is becoming increasingly untenable.

In Inverse’s discussions with women gamers and industry members, it was clear that there is a real frustration with the status quo. Women who want even something approaching equal representation in Rockstar-produced games face both harassment and disinterest. They don’t feel there is a way for female gamers to exert any power on Rockstar’s games, which means RDR has every chance of being as misogynistic as many of the company’s other games.

Even as video game companies have given token nods to representation over the past few years, the industry still prioritizes the male experience. A 2015 Pew Research Center study found that a majority of people believe gamers are mostly men, and this is reflected in the type of games that are being made. At this year’s E3 2016, there were 12 times as many games starring men as there were games starring women.

Ironically, it’s tolerance that has helped forge this situation. Women, who make up nearly half the gaming population, told Pew that they are far more likely to watch or play something starring a man than the other way around. In video games, male heroes sell almost 75 percent better than female ones.

Some women are taking small steps to reverse that trend. YouTube critic Magdalen Rose, who runs a vlog called Super Princess Tea Party, says she stopped playing Rockstar games such as L.A. Noire and GTA: Vice City after growing tired of the endless sexism they presented. “If they want to make their games a complete sausage fest then go ahead. If I want a cool female protagonist, I’ll take my money elsewhere,” Rose told Inverse.

It’ll take a lot of women making the same decision to cause any sort of dent for Rockstar, one of the most successful companies in the industry. Its Grand Theft Auto 5 was a monumental success, breaking the Guinness World Record for fastest media product to reach $1 billion in sales. Red Dead Redemption 2 could follow suit, with one analyst predicting it could sell at least 15 million copies. And that success actually makes it harder for women to push back against the company — including its often-demeaning depictions of women.

For the most part, women in Rockstar games are set dressings or disposable playthings; there are sex workers to kill in GTA III, exotic dancers to grope in GTA V, side quests to humiliate in Bully, and naked dead bodies to inspect in L.A. Noire. Some games have had slightly more well-rounded female characters, but they’re still used for the hero’s benefit; Bonnie in Red Dead Redemption is a damsel in distress, kidnapped so that the hero could save her.

“Women don’t really seem to have any power in any Rockstar game,” Natalie Juhasz, the creative lead for ReVenture Games, said. “If women have any power, it’s either taken away from them, or it’s like ‘women are the worst because they’re bitches.’”

Grand Theft Auto, by far the most successful Rockstar series, is also its worst offender. Some of its defenders might suggest that GTA is a parody on our ultra-violent culture in which men are just as exploited as women, and they wouldn’t be entirely wrong. But even so, in GTA, male characters have far more agency in their portrayal. They’re killers, liars, and thieves, while women are whores to be murdered.

The boycott of Rockstar games is a double-edged sword: While it could certainly hurt their profit margins, it also runs the risk of harming more than helping. If Rockstar’s audience becomes entirely male, and it’s still successful enough to turn a profit, that might further encourage Rockstar to keep making male-focused games.

Another option is participating in active social media backlash. Last year, Playing History: Slave Trade removed a video game level in which black slave characters were dropped into a ship like Tetris blocks, after receiving lots of blowback from social media. But being active on Twitter also puts a target on women gamers’ backs, as seen in last year’s Gamergate episode. An onslaught of harassment from male gamers drove several women away from social media after the death threats, doxing, and other hostile practices became too much to handle.

The longer-term option, suggested by several developers, is giving more women the opportunity to work in the industry itself. Right now, about one-fifth of American video game industry employees are women, and they make up less than ten percent of developers in the UK. When the numbers are skewed so male, it’s no surprise they’re going to create more games that appeal to their experience.

But breaking into the industry has plenty of hurdles. Typically, someone needs a bachelor’s degree in computer science, as well as a portfolio that demonstrates their quality of work. Even with those credentials, women have reported feeling discouraged from continuing their path in game development due to sexism in the classroom and in the field. That is amplified for marginalized groups, like women of color and those in the LGBTQ community.

Casey’s work with Code Liberation helps create a space for women, non-binary, and femme-identifying people to explore game development and coding without the presence of active or passive misogyny. Code Liberation also gets their developers in contact with video game companies, to encourage more diverse hiring practices.

“It seems a lot simpler than you think it would be, which is simply hire more people who aren’t men, because they are out there,” Casey said. “If you give them the opportunities, they will take them and they will blow your mind.”

Casey added that players who want to help can support indie developers who are promoting diverse representation simply by buying their games. Juhasz, who’s releasing her first game next year, said it’s important to try out games from indie developers, because not only do you help get their work noticed, but you’ll also get a new experience.

“AAA people are like, ‘Oh it’s open world let’s put a guy here and give him a tragic backstory he needs to solve,’” she said. “We’ve become so railroaded by styles of play, that sometimes indie developers are trying different things, even in short form.”

It may be too late to have a cowgirl in Red Dead Redemption 2, and many women who’ve been playing Rockstar games for years don’t see the company changing anytime soon. So long as the model works, Rockstar will keep playing the same tired game, and the cowgirls will stay on the sidelines. It’s up to women to disrupt the model, or create their own.