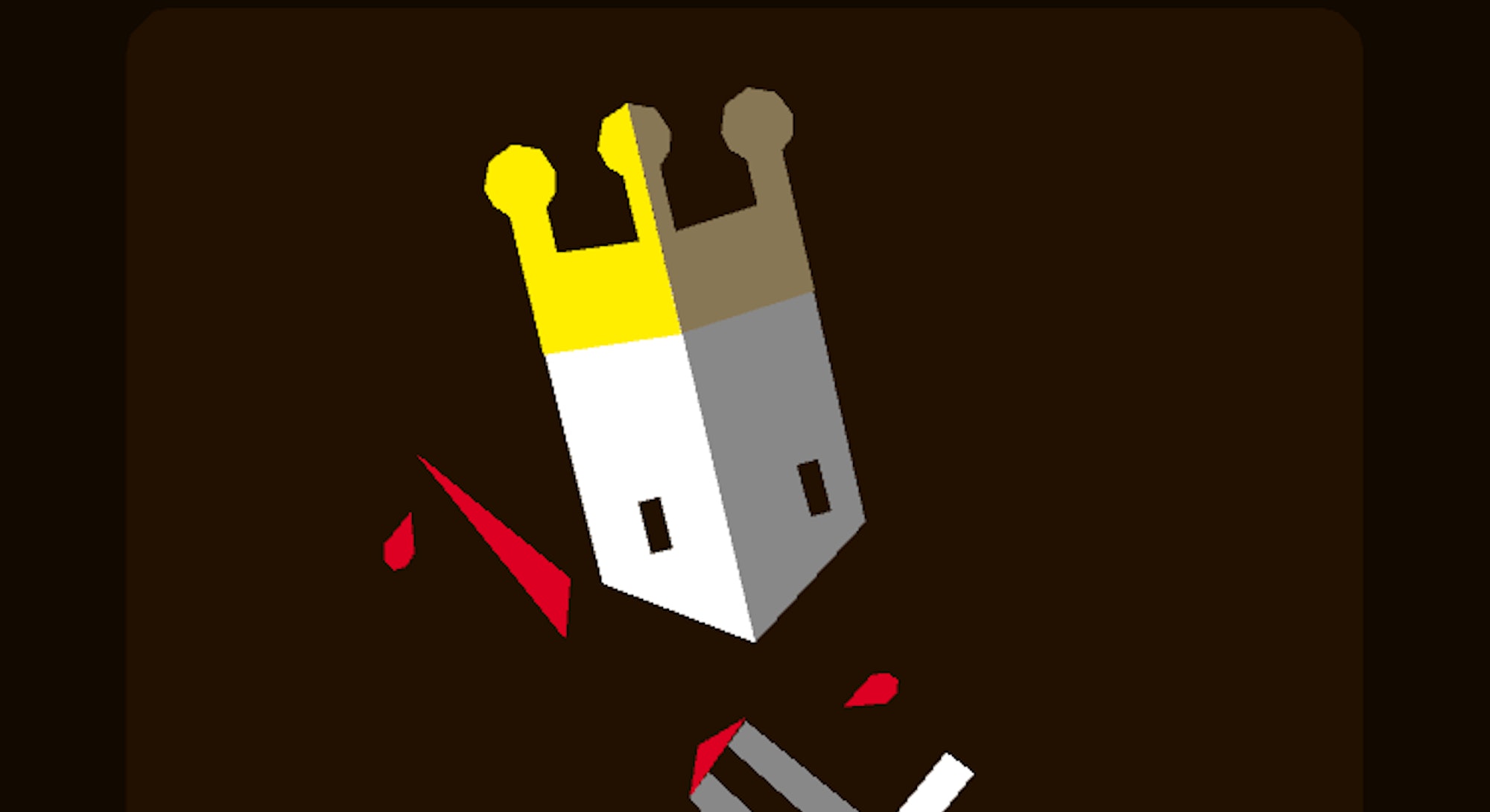 Being a monarch is a lot of hard work. There’s the gowns, and the balls, and the court, and the crushing weight of all that pesky responsibility. Luckily, Nerial’s mobile game Reigns, released back in August, allows players to experience the thrill of absolute power through the medium of Tinder, where death and damnation are just a few swipes away. By simplifying royal management to a series of binary choices, Reigns allows anybody to be king, if only until the peasants break down the castle door.

The game’s accessibility, short playtime, and undeniable humor have garnered impressive sales on both Steam and various phone platforms. Enthralled by this bizarre premise, Inverse interviewed Francois Alliot, the lead developer behind Reigns, to learn a little more about the world’s tiniest kingdom sim.

Could you describe what Reigns is, and how it came to be?

Reigns is a Tinder-like management simulation, and by Tinder I mean that you make binary choices — yes or no — and that affects your kingdom. Your goal is to do the longest reign possible, but after that you have a whole story to explore, so it’s a little bit of an adventure game too.

Most games that follow royalty (like Fable III and Little King’s Story) try to simulate the monarch’s job through a bevy of complex interlocking systems. How would you say the overt simplicity of Reigns fits into that genre? Is it intended to be commentary on those type of games, or do you feel Reigns is its own thing?

Reigns tries to be its own thing. We strip the management simulation down to its bare elements — the four bars you have on the top of the screen, that’s your kingdom. It’s a simplified version of that sort of management game. But after that we still tried to keep a lot of complexity in the game. It’s not the kind of thing you see the first time you play, but as you play different kings, because all the kings are linked in a dynasty, you see that some elements you trigger in one reign will have impacts over the rulers — over the centuries, even. It’s over two-thousand years. That’s the sort of complexity I wanted to put in the game. Beyond the simplified management elements, theres actually a lot there.

The dynasty mechanics on display have been featured in a lot of recent successful games, like Rogue Legacy and Massive Chalice. Why did you choose to have these persistent mechanics in the game?

We wanted the player to go forward. I didn’t want the player to restart the same thing and feel punished if they didn’t manage to get a high score. That was a way to bring a sort of secondary objective beyond the longest reign possible. You still go forward, through the ages, and discover new things over the years. And that’s something that was very important to me, the fact that the game is so unforgiving — it kills you very quickly more often than not — and that can be very frustrating if you don’t have any sort of continuity in the game.

One of the big differences between Reigns and other royalty-simulation games is the overt use of humor to illustrate the absurdity of absolute power. What do you think the humor brings to the game?

Humor is something that’s very important to me. I didn’t bring it to the game right away, but when I started to discover the game’s potential and what it could do, there was this very interesting gap between the fact that you swipe right and left very casually, and the fact that you decisions have huge consequences — you could kill thousands of people, or you could die — and that gap is very funny, in sort of a slapstick way. My process was, “Well, I have this very funny concept, and I see people laughing, even at very serious cards, so how do I train my writing to build on that?” I did some research into the kind of sentence that will strike the player as unexpected, and will play on that gap.

So, five to ten years ago, it seemed like every massive gaming franchise wanted to incorporate binary choice as a core mechanic, often unsuccessfully. How would you compare a game like Reigns, where these choices are the only mechanic, to a game like BioShock, where the choices are treated with “importance,” but end up having a relatively small impact?

I think it’s related to the main problem those sort of games have, which is that they work on a branching path narrative. You’re at point A, and you have B and C as a path, and when you go on one branch, you open a new branch, and so on and so forth. Reigns is not built on that. It’s built on a probabilistic system. It’s difficult to explain, but it creates a set of cards for every decision made by the player.

Every time you make a decision, it affects the state of the kingdom, and from that state, it selects from the cards — it has 770 cards — it picks a card that fits the specific situation. That creates a narrative that has a lot more reach, and that works a lot better than a branching narrative, because I don’t have to explore the thousands of possibilities of going left or right. And that’s what makes it work, because it makes the pace of the game very quick. You can make a hundred decisions in five minutes, and that’s not something you can do in a branching path narrative. It would be a crazy amount of work.

After playing Reigns for a few hours, my main takeaway was that being a monarch is actually a pretty rough job. How did you work to embody that in the development process?

For me, the game was a critique, if you will, of modern ways of politics. The king is an interesting figure, because he’s almost a cliche of power, somebody who embodies the power of a kingdom. And I wanted to play on the fact that the decisions the king makes don’t actually have that much effect. It’s basically impossible to keep the balance. That’s what I wanted to play with, the notion of power, and how it’s actually never absolute, and how you can’t actually manage the kingdom that way.

Were there any mechanics that ended up not being in the full game that you really wanted to implement?

One thing I couldn’t implement into the game that was complicated for the narrative was queens. You play as a king, so it would be cool to be able to play as a queen. That will be the next installment of Reigns. Besides that, not that much.

Generally, players tend to dislike games that impede their sense of agency, with a few exceptions. Reigns is a game that limits the player’s input to a comedic extent, and yet it’s done really well both critically and commercially. What do you make of that?