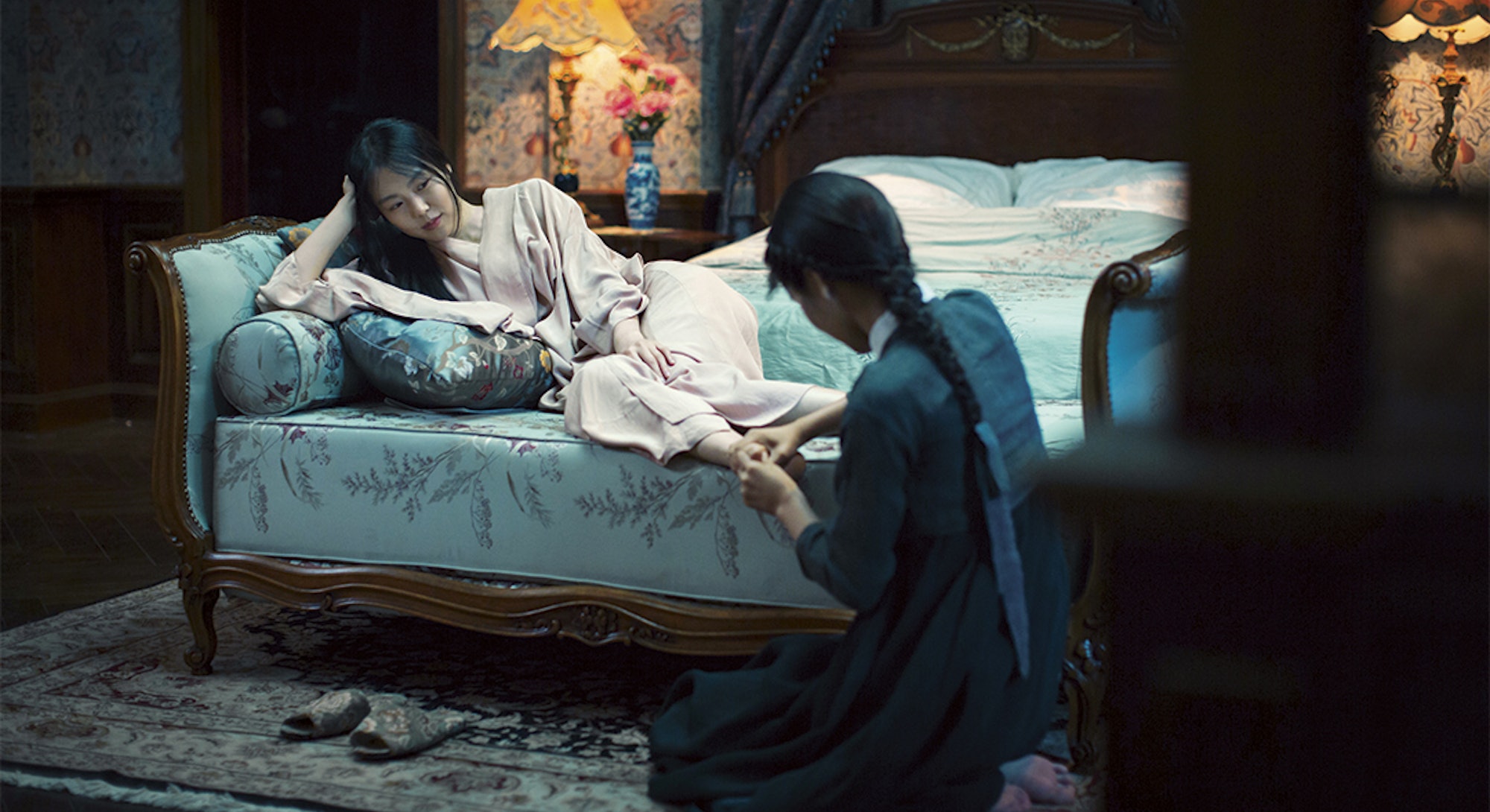 Korean director Park Chan-wook is making films your kids will one day discuss in college. For foreign film cinephiles, he is the mastermind behind the Vengeance trilogy, including Oldboy, Sympathy For Mr. Vengeance, and Lady Vengeance; Americans who hit up indie cinemas know him for directing Stoker and producing Snowpiercer. His latest film, The Handmaiden, which expands its release on Friday, is the third and final entry into what he calls a “female coming of age trilogy,” which began with I’m a Cyborg, But That’s OK and Stoker.

Originally, Park’s planned to make The Handmaiden, a steamy lesbian romance, in 3D, a daring move for the subject matter. Most 3D films are big spectacles, but Park, as he told Inverse last week, thought the advanced technology best suited his decidedly less epic tale, as well.

“The film has a three part structure, and each part is told from a different perspective, although they depict the same situation,” he said. “Depending on whose eyes we’re watching the film from, it changes our perception of the situation, and we see variations on the same event. Stereoscopic presentation would have allowed me to play with the convergence value, which means how much depth I give each shot. I wanted to change the depth of vision throughout the film.”

Although the film’s budget didn’t allow for a 3D experience, Park was still able to develop some innovative visuals. The films thumps and reels along through its dark, sensual plot, playing some shots in reverse and disorienting the viewer. The constant tension comes from the film’s two leads fighting an attraction to each other, and from what Park says is an allegory for the way foreign culture was forcibly introduced to Koreans. There’s a sexual, violent undertone when Park describes Korean and Japanese history as he’s depicted it in The Handmaiden.

“Japanese culture was forcibly introduced to Korea,” Park says. “In my film, we have two different women from two different classes, and they’re from nations who are enemies.” The women in Park’s film embark on a sexual and romantic relationship that the film frames as a spectacle; it would have been doubly interesting to watch Park deliver his typical sensual visuals using 3D, but the film as it stands is arresting.

Park says the use of stereophonic technology would have enhanced not only The Handmaiden’s eroticism, but its political commentary as well. Depicting both sex and violence through cinema, as Park has become known for, would only be rendered more disturbing if The Handmaiden had been produced the way he originally intended. “Korea’s borders were forced open by the Japanese, and because of that, what was Japanese was modern. Prior to that, Korean borders were closed off from the rest of the world, so Western culture and things of Western origin found their way into Korea through Japan. That process was violent, and forced,” Park says.

The film’s depiction of violence isn’t always literal; Park uses jump cuts to shatter our focus and divert it elsewhere, sometimes before we can get our bearings. It’s clear this effect is purposeful, based on what Park says matters to him most in the film’s script. “Usually,” he says, “cultures fuse together organically, over time. In this case, it was one culture clashing against another, just dropping an outside culture into what already existed. That’s the kind of idea I tried to convey through things like the architecture of the film’s mansion. The Western wing is next to the Japanese wing, but then we still have Korean servants’ quarters. We have characters in kimono and tuxedos. All of this communicates modernism through the mechanics of the film.”

The film Park made, without using any extraneous technology, begs for an unusual viewing experience. It’s a hopeful sign to what’s to come in narrative cinema that The Handmaiden, screened in 2D, earnestly seems to be calling out for technological support to its structure. Maybe if more filmmakers like Park begin considering 3D tech as a tool for enhanced, emotional storytelling, we’ll end up with cinema that uses its mechanical design to further a point, rather than blockbusters produced in 3D for novelty’s sake.

The Handmaiden is playing in limited theaters now.