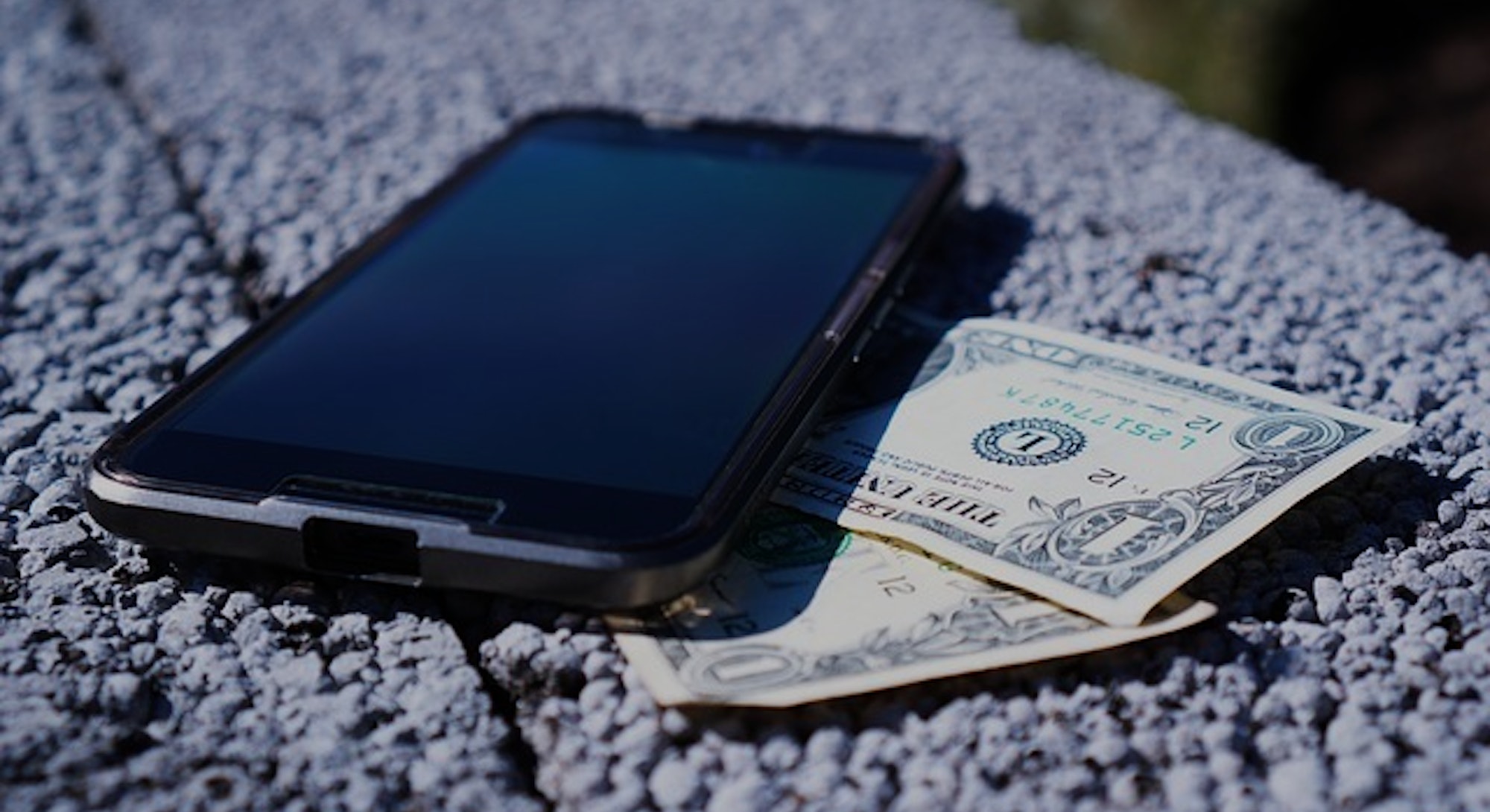 Money-transferring app Venmo is a hit. The IOU-driven social network makes it super easy to split a restaurant bill, pay a roommate for rent, and divvy up the cost of an Uber. In certain circles, the phrase “I’ll Venmo you” is more common than “I’ll email you.” Convenience breeds familiarity, but that’s not all it breeds. Venmo’s design also makes it a great tool for snoops and “Venmo-stalking” has become a very real social phenomena. Want to know more about someone’s life? Figuring out how they spend money is a good place to start.

Structurally, Venmo is like a lot of other social networks. It can be navigated one connection at a time. The app scrapes Facebook and phone contacts to find users in your network to add. Leaping from those friends’ pages to friends of friends pages is a matter of clicking a single link. Nicole Krasnow makes a habit of doing just that.

“It’s just fun to see what people put as their captions of their transactions,” says the 20-year-old student at Ohio State University. “I’m someone who loves social media and I love creeping on people via social media so to me Venmo is another way. Some of my friends also stalk and we joke around about it.”

The joy of this activity emerges from a UX quirk. Venmo requires a description for very payment request or charge made on the app. People typically describe what they’re sending money for with words or emojis, such as “November internet bill” or “🍕.” You’re also able to comment or like these transactions, similar to interacting with posts on Instagram or Facebook. And all this activity is displayed on Venmo’s home feed, which comes up whenever the app is opened.

Just like other social networks, Venmo can get you details about a crush or reveal new material about an ex. In the Dark Ages (aka before the internet), you’d have to send a friend to do some old-fashioned snooping on your love interest. Nowadays, you can just check out their Venmo profile which lists all of a user’s payments.

“I can say that I have creeped on guys I’m interested in like once. It’s just funny to see what they put and who they are friends with,” Krasnow says. “I found out someone I was interested in was hooking up with someone based on Venmo; like they kept paying each other back so often I figured they had to be together.”

Venmo might sound like a privacy nightmare, but users can be vigilant about keeping their money-moving on the down low. With each pay or request, you’re able to choose who can see the post: public, friends, or participants only. People can also go into their Venmo account under Privacy & Sharing to adjust the default for their transactions, who can share transactions with them, and change the visibility of past transactions. But most people don’t realize or bother to update these settings.

And then there’s those that haven’t turned off Venmo’s sharing on Facebook. For public posts, the app will also post the transaction to Facebook which friends are likely to poke fun at.

Additionally, there are people out there who don’t participate on the usual social media networks, but theyre still spending money and using Venmo. That lets their friends know what they have been up to since they can’t check out their Instagram.

“Friends who don’t update social media often use Venmo, so even those people who don’t Instagram their meals out, or tag a group they go to a gig with, give little bits of information out about their life that you might not necessarily have known,” says Eleanor Costello, a 24-year-old who works in the communications department of a university. “It’s a funny way of seeing what your friends are doing, a lot of dinners/drinks/cinema outings/gigs, etc.”

Furthermore, Costello points out that the sort of information you get from Venmo is different from other social networks because they’re not always thinking of it as a social network.

“Venmo-stalking is more interesting than Facebook stalking or Instagram stalking, because people share things about their lives that they’re not actively trying to share — you don’t use Venmo with the same mindset that you do other social media sites,” she says. “It feels a little bit more private, especially because it involves transactions of money which isn’t something that’s that openly talked about.”

Meanwhile, people aware of Venmo functioning like other online spaces can also take advantage of it. Most people typically properly describe the transaction with words or emojis, but some have also used the feed as a way to insert a little bit of humor. These descriptions include inside jokes, over the top explanations, and even attempts to troll those that might be reading through their network’s Venmo transactions.

Venmo is rapidly growing since being bought by PayPal in 2013 — the service handled almost $3.2 billion in the first quarter of 2016. But as much fun as Venmo can provide, it’s unlikely it will ever seriously be thought of as more of a social media network than a money-sharing app. But that won’t stop people from Venmo-stalking for some intel on their friends.

“I think Venmo-stalking is so low key and people don’t really want to admit to it, but it’s like a last resort when you are so bored,” Krasnow says. “I don’t see it ever becoming as popular as Instagram or Facebook or Twitter, but it’s a nice, new way to see how people interact with one another and see what they are doing.”