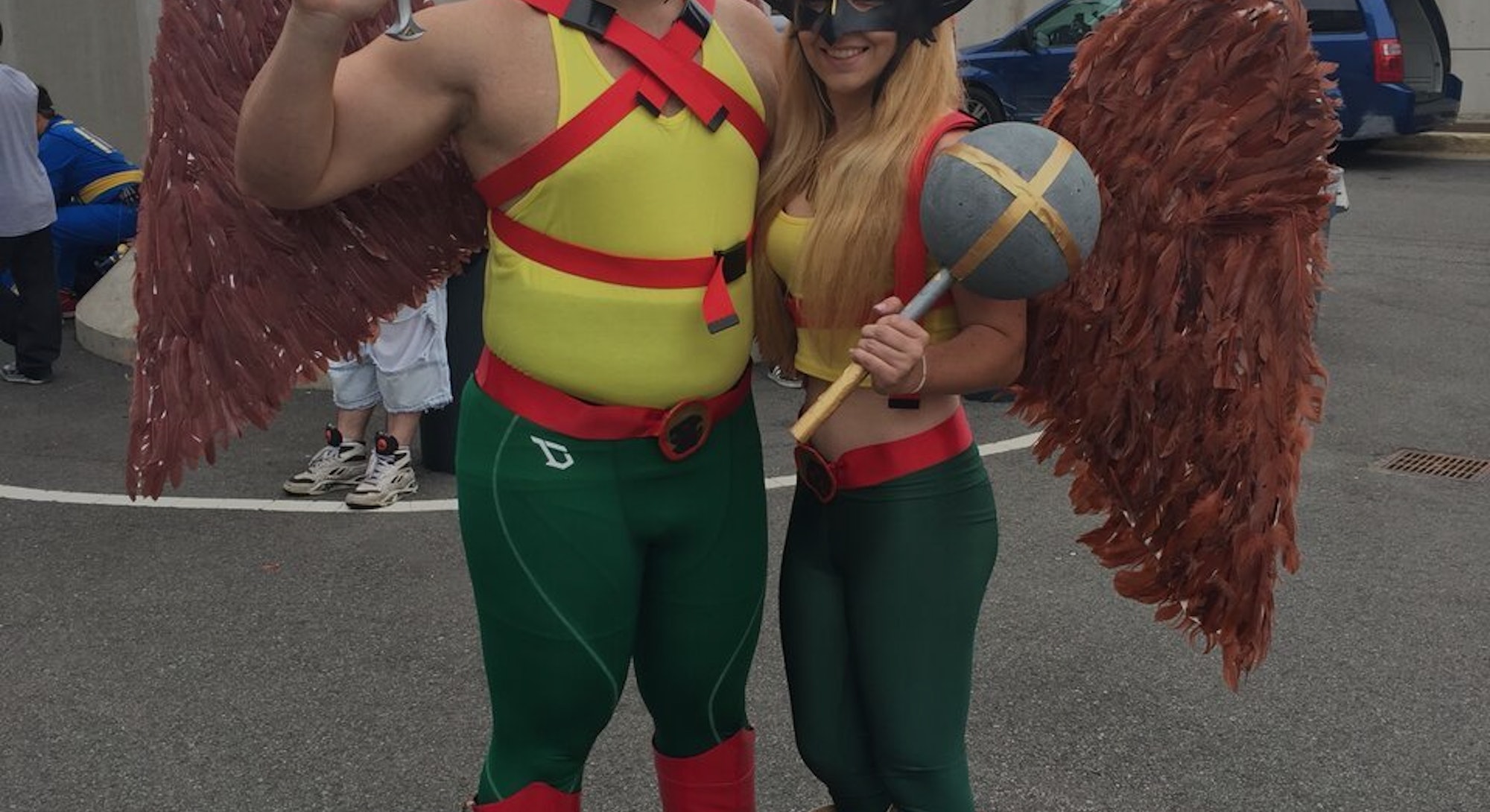 New York Comic Con is not a political convention, but that doesn’t mean that it’s a cultural clean room either. This year fans tracked in the grime of the current political cycle on the soles of their knee-high superhero boots. Had they come to talk about the election? Not expressly — and some declined to do so — but plenty of attendees were happy to discuss what they were looking for in the leader of a superpower.

As Inverse walked the convention floor talking to cosplayers about the future of America, it became clear that while heroes don’t always agree, they do always care.

“I hope the next president takes care of the military. That’s close to my heart. I’m retired military, 24 years, so whoever becomes elected president, I hope they make the military stronger, build it up, and pay the retirees more. I know there’s a lot of retirees out there who aren’t getting taken care of and it’s very, very important to me. Right now, I’ll be honest with you; I think they took the troops out of Iraq too early. That’s just my opinion, because I was there. And when they took them out, I thought, ‘You’re not leaving a footprint.’ And if you take your footprint off, then something’s going to come up. And something did.”

“A few years ago I graduated high school and affording college is a big thing. I’m concerned if anyone is even thinking about that and improving the system where everyone can have a little affordability when it comes to education. I don’t think free college would work. I’m doing classes online, and I’m just trying to make as much money as I can, but I can’t even buy a laptop. I understand how expensive colleges can get, so I would like a little help.”

The Flash, 67, Cares About the Economy

“I’ve been a Republican all my life. My number one concern is the economy. I’m retired. I was an associate engineer with GM and I worked in an assembly plant for 26 years. They closed the plant because the corporate tax in NJ was too high. When they closed the plant in 2005, 1,800 people were gone. I’m going to get my contractor’s license and get back in the business, but I’m not going to make any money if the economy is bad.”

“We do not fund in education the way we should. We need to make people self-sufficient and part of that is education. Budgeting for education is important, but I think young students also have to learn how to be motivated. There needs to a focus on our classrooms, our teachers, special education; we need more money for students who need special learning methods because they need to become self-sufficient also. We don’t want them to use a crutch when they become adults.”

“I’m a flight attendant in real life, so the way how other countries view us means a lot to my business, my career, my industry. I think our next leader needs to represent America, and I think the general perception around the world is they think Americans are dumb. I see it from both sides when I travel, but I think thats the main perception. Past leaders, like Obama, have done a good job, but we need to continue to keep strong lines of communication.”

“The police situation is pretty bad. I don’t know if the President or one person is going to solve that, but it’s an issue that needs to be addressed. They need to do better background checks on policemen and take better accountability when things go wrong and hold the right people accountable. I’m interested in stricter gun control. I think there should be fewer cops who feel like they need to use their guns. I’m a white guy, and unfortunately that’s something I don’t have to fear as much as someone else does, but it shouldn’t have to be that way. I feel police should look at everyone the same way.”

Hawkman and Hawkgirl, 29, Care About the Economy and Military Funding

“I’ll always think that it will be important to build up the economy. Working on debt, job creation, and lowering the unemployment rate is pretty big. I think as long as we keep creating more jobs and get money flowing into companies again, small businesses especially, that’s always a good thing.”

“I think we should stop cutting down on the military because of all of the threats out there now with ISIS. We need to put a tight thing on immigration too. We need to stop putting so many people in our country illegally. I think we need a firmer lockdown on that.”

“I’m not so sure both candidates are going to fight for gay rights. I’ve followed Hillary all throughout her career, and it’s hard for me to believe that she’s changed her mind. If so, I want to know why. We already know Trump is going to vote against gay rights. And Pence, boy I do not want Pence anywhere near that White House. He’s voted against all kinds of gay rights.”

“For the government to put laws on a woman’s body is disgusting to me and there’s no place for that in politics. It should be about our health and 100% about a women’s right to choose. And absolutely women’s equality is an issue for me. I would love to get paid as much as my male coworkers and I don’t, and it’s not addressed and it feels like nobody gives a fuck. I think you have to cause more awareness before you create a law and get that sort of legislation in place.”

“I’m a millennial. I recently graduated college, and a big issue for me and my peers is that we’re in huge student debt. For me, I wish there was more support for the student loan situation. We’re pretty much sunken in debt for the next 40-50 years and it’s unfortunate. A lot of us are living at home with our parents and in the older generation, people would generally move out, and now I don’t see that happening. I think we could use support in that sense for the millennials.”

“As a woman who tends to cosplay strong characters like Xena Warrior Princess, women’s issues are very important to me. The fact that women have to argue for their rights is ridiculous to me. We’ve come far, but we’re still not equal. We definitely need equal pay, and [for the government] to stay out of our bodies. And until you let me tell you what to do with your body, stay out of mine! That’s really important to me and I hope the next president will continue to fight for women’s rights.”

“Minimum wage has to be raised. I think, last I read, if taxes stayed the way they were, minimum wage would be $25 now, and depending on the state its about $8 or lower than that. The highest is $15 and that’s the bare minimum of a livable salary. This is not a country that should have people living in abject poverty, but we do. Also healthcare and its rising cost. I feel somebody needs to, at the very least, not make healthcare more expensive. Preferably lowering the premiums on Obama Care if they can.”

“Yeah, I’d like to see a crackdown on crime, especially for those criminals who killed my family!”

“Everybody is on a different page. Everybody has a different agenda or different concern, but no one listens to one another. Everyone is screaming at each other, saying ‘My thing is the most important!’ The thing is you want to have everyone on the same book. So I’m hoping the next president, regardless of who it is, is able to open the pages for everyone so we can all see where we’re headed.”

Rey, 26, Cares About the Environment and Minimum Wage

“I usually think about the environment first. More people need to be concerned about this, especially the people who doubt our climate issues! My generation, a lot of us have massive student debt, and we still have to take entry level jobs and it’s very hard to make a living off of what the minimum wage currently is. I forget the percentage, but most people on minimum wage are living in poverty. I went to grad school, I have an education degree, and we don’t necessarily pay that back once we start working.”

Mr. and Mrs. Belcher, 26 and 20, Care About Foreign Relations and Planned Parenthood

“I think where we stand with other countries and those relationships are important. I don’t want World War III. What’s happening now with ISIS, I wouldn’t want it to get worse than that.”

“I’m pro-choice, and I don’t think one person should have the power to tell another person what to do with their body.”