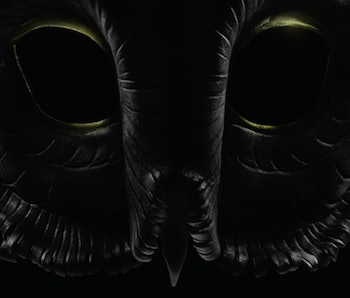 At the end of Monday night’s Season 3 premiere of Gotham, the Court of Owls kidnapped Bruce Wayne after he uncovered their secret plot to take over his family’s company. Finally, the secret, villainous society controlling Gotham makes an appearance in Fox’s Batman origin story, and a new promo for next week’s episode hints that Wayne’s relationship to the Court of Owls is only just beginning.

The Court of Owls were first teased at the end of Gotham Season 2, and will feature prominently in the newest season. The Court is an ancient society made up of Gotham’s wealthiest families who rank among Gotham’s highest political offices, allowing them to control the city in secret.

While most Batman villains choose to operate in the open, usually inciting chaos, the Court chooses to work behind the scenes using money and a team of assassins known as the Talons.

Unfortunately for Bruce, finding out about the Court meant that he officially becomes a target. In the comics, the Court targeted Bruce Wayne due to his philanthropic efforts to help Gotham, which threatened their secret control of the city. Considering Gotham’s story takes place before Bruce Wayne is old enough to run Wayne Enterprises, the Court’s motives have been altered in the show because they need Wayne Enterprises to unlock the secrets to immortality.

As a show about the city and its inhabitants before Batman ever existed, Gotham’s use of the Court of Owls could become a very interesting plotline in the coming season.

The status quo of Gotham Season 3 is already wildly different from that of previous seasons. James Gordon is no longer a police detective but a bounty hunter, and the Penguin is gaining some kind of political momentum within the city, which he uses to get revenge on the villains who wronged him in previous seasons. While it’s unclear what the endgame is for Season 3, Gotham co-creator Danny Cannon revealed that the Court’s presence will affect every major character on the show, from the heroes to the villains.