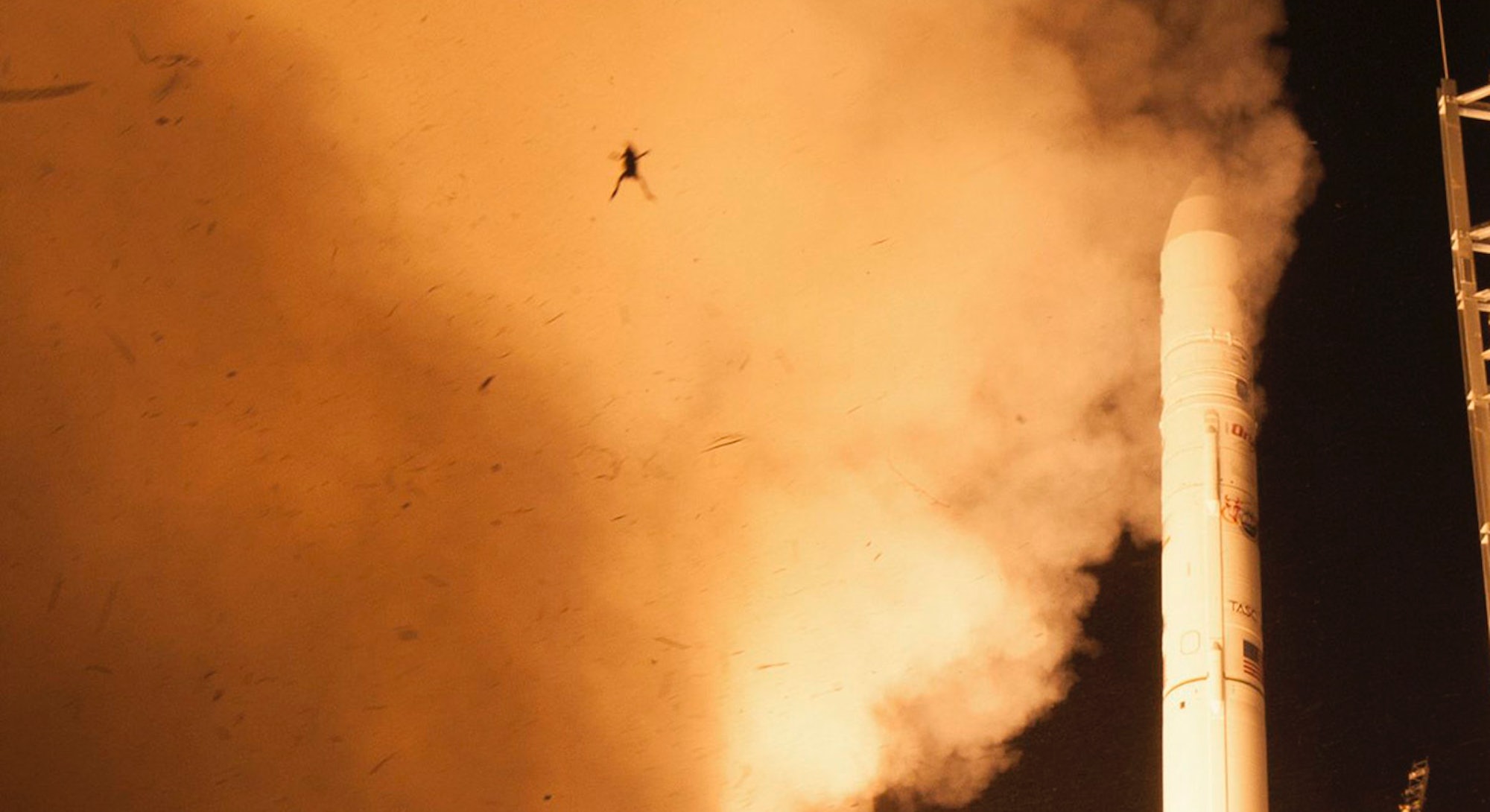 Many animals have perished in the long and sometimes cruel march toward the final frontier. One such creature likely suffered that fate three years ago today. On September 12, 2013, the crew at NASA’s Wallops Flight Facility in Virginia thought they were just sending a rocket to the moon, as they are in the habit of doing. Instead, NASA’s Lunar Atmosphere and Dust Environment Explorer spacecraft (LADEE) blasted a lil frog off of the launch site and into our hearts. The launch was documented by a remote camera, so the photographer didn’t even realize he was in possession of the image — the frog appeared in only that one frame — until he went through the shots later. Once online, “Frog Launch” went viral pretty much immediately.

The LADEE mission itself was quite cool, not to mention successful, but its thunder was irrevocably stolen by the accidental magnificence of the ill-fated frog’s perfectly splayed silhouette, which when you set aside laws of perspective, looks even higher in the sky than the rocket itself. The internet went nuts.

No one was ever able to say conclusively whether the frog actually died. NASA offered this statement to authenticate the image but informed the public that “the condition of the frog, however, is uncertain.”

Wallops News Chief Keith Koehler said the facility did hear from a few people lamenting and/or attempting to confirm the frog’s fate, but that mostly people just thought it was a cool picture.

“We actually didn’t get a whole lot of calls,” Koehler tells Inverse. “Social media really took it and ran with it because it was unique, but then it didn’t last too long. People turn around and go on to the next thing.”

That’s still true of anything that goes viral, but the fact that it’s only been three years since “Frog Launch” is an odd commentary on how much more performative social media has become whenever it traffics in grief. “Frog Launch” happened in an era before internet outrage over martyred animals was such a thing, before Cecil the Lion, but mostly, of course before Harambe.

In 2009, the space shuttle Discovery blasted off with a bat clinging to the side, looking confused and presumably very much in regret of its decision. People thought it was weird or funny or maybe a bit unfortunate, but no one really cared, not the way they arguably would if it had happened in 2016, when anything can become a meme under the right enigmatic admixture of timing, emotional resonance, and shares.

Because he only became a meme in the late summer, you could be forgiven for thinking Harambe was shot sometime in the last month or two, but it was actually back in May. The internet decides something is meaningful on its own schedule.

The “Frog Launch” frog, of course, was not killed intentionally or maliciously, and neither was the bat, which accounts for some of the comparative sanity of response. Still, the circumstances of Harambe’s death differ wildly from Cecil the Lion’s, yet none of the mitigating circumstances prevented him from becoming the perfect meme.

The nice thing about 2013 being a slightly simpler time in terms of self-righteous, dead animal-induced internet rage is that the folks at NASA got to more or less continue going about their business.

“The mission as a whole was very exciting for Wallops,” Koehler says. “It was the first lunar mission ever conducted from here. Everybody was excited about being able to do that, and the fact that everything went very well and the spacecraft was able to get to the moon and collect the data, everyone was really glad to be a part of it.”