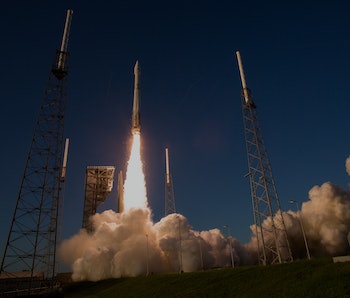 On Thursday night, NASA pulled off a “perfect” launch for OSIRIS-REx, the spacecraft assigned to travel to the near-Earth asteroid Bennu, retrieve a sample, and return home for scientists to check out its payload. NASA hopes direct research of the sample could provide clues and insight as to the origins of the solar system, and perhaps even shed light on the origin of life on Earth.

But for that to happen, the team in charge of the OSIRIS-REx needs to successfully pull off a ton of different steps over the next seven years. Here’s a quick timeline for what to expect for OSIRIS-REx in the upcoming years: