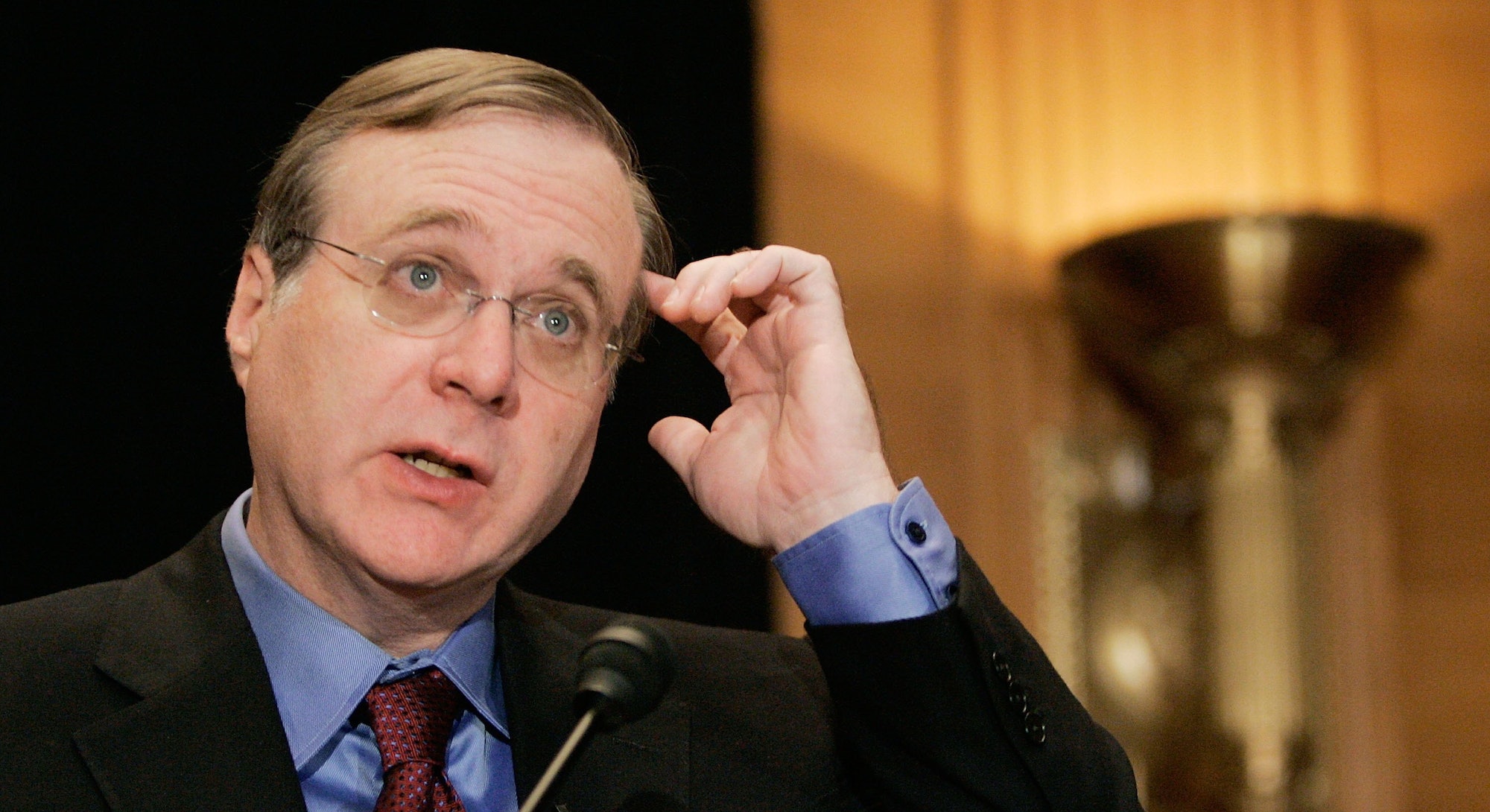 Microsoft co-founder Paul Allen has a lot on his plate these days: he’s housed the homeless; owns the Seattle Seahawks; funds the Northwest’s answer to SXSW, the Upstream Music Festival; dipped his fingers into aerospace tech; and joined the fight against Ebola, to name just a few endeavors.

Of all of Allen’s investments and charitable giving, through, one project stands out: Paul Allen has committed hundreds of millions of dollars to peer inside the tiny, tiny brains of mice.

He’s funded the Allen Institute for Brain Science in Seattle to the tune of half a billion dollars in the hopes that one day humans will better understand the machinery inside our head. The institute recently released an enormous dataset showing, in cellular detail, which neurons in a mouse’s visual cortex light up in response to various pictures and movies shown to it on the screen.

The big question, though, is why?

Here’s the too-simple take: Allen’s mother had Alzheimer’s and he hopes neuroscience research will one day unlock the secrets of what happens when things go wrong in the brain, and how to fix them.

While true, the straightforward story doesn’t quite get to the heart of it. Allen’s targeted giving for Alzheimer’s research is just a tiny fraction of what he’s invested in basic brain science, and the chances of his institute revolutionizing our understanding of grey matter within his lifetime are probably slim.

And that’s sort of the point. Allen chose to tackle the problem of decoding the brain because it’s a hard problem, one that will require generations of focused effort and investment. “I have a strong allergy to these arguments that progress is just based on some exponential curves,” he says in an interview available on YouTube. “No, progress is based on somebody having a blinding flash of insight after they’ve looked at a bunch of data, and then they have a realization, they connect the dots. And you can’t just plunk down on a graph when those flashes of insight occur.”

It’s easy to assume that brains are like computers or rocket ships: You don’t understand exactly how all the parts work, but someone out there definitely does. But the fact is that when it comes to brains, science has a lot more questions than answers. There’s an understanding of how we use our senses to perceive the world, but what about our sense of self? What goes wrong in the many, many diseases of the brain at a molecular, mechanical level? What is consciousness and how does it come about?

“These huge, compelling mysteries — it’s starting to feel like they’re just outside of our grasp,” says Allen.

The analogy of brains sort of being like computers — processing and storing information — falls apart when you start to get into the details.

For example, machine vision systems built by humans can be very complicated, and process visual information over dozens of steps. But this processing is always in an ordered, forward direction, down the line from A to Z. “The brain looks quite different,” Christof Koch, president of the Allen Institute, tells Inverse. “Yes, there are forward networks, but there seems to be massive feedback, massive sideways connection, and massive feedback connections. So one of the mysteries is, why is this so different from the way we build our computer vision systems? What is the advantage of having the architecture that we have compared to the architecture of a standard machine vision network?”

And what is it about our peculiar machinery that allows for experiences of consciousness, like remembering what you ate for breakfast, or knowing who you are when you wake up in the morning? “The mystery, the wonder of it, is how physics is capable of generating those,” says Koch. “Because it’s not in the foundational equations of physics, it’s not in the periodic table of elements, and it doesn’t seem to be in the endless ATGC chatter of my genes. But here I am, having conscious experience.”

The hope is that by going super deep on the visual cortex of the mouse — untangling cell types, and molecules, and pathways — we might start to understand why the physical and mechanical structures of the brain are the way they are, and how they do what they do. It’s a really big question, and a really big risk.

Do we even know that the visual cortex of the mouse is sufficiently similar to that of humans to provide generalizable insights? Maybe not, says Andrew Huberman, a Stanford neurologist who also researches the optic system of mice. “The risk, of course, is that mouse visual cortex might be — and this is a ‘might’ — might be fundamentally organized in a way that’s quite different from human V1 [primary visual cortex],” he tells Inverse.

Animals with more complicated brains tend to have neurons that are more highly concentrated, a property known as cephalization. For example, says Huberman, certain cell types found in the primary visual cortex of monkeys are found elsewhere — say in the retina or the subcortex — in a mouse. It makes sense that a mouse’s neural machinery might be set up differently from own, given the highly complex tasks that human brains can complete, but mice cannot.

So, will deconstructing how mice process visual information lead us closer to an understanding of our own humanity? “That’s a question that requires a leap,” says Huberman.

Still, he applauds the Allen Institute for daring to take on such big problems. “They are able to take on grander, more broad and encompassing questions than any individual laboratory would ever be able to take on. So I think that’s fantastic.”

“Making the leap from sensation and behaviors to thought and cognition at the level of molecules, genes, and individual cells is hard, but I think the Allen Brain is one of the few places that’s really attempting to do that.”

Twenty years from now, we’ll probably look back in awe of how far we’ve come in understanding human memory and consciousness, says Huberman, and in all likelihood, the Allen Institute will be credited for having led that charge.

“Will they be credited with having solved it? Probably not. I think that’s going to be a collective effort that’s going to require the whole field, and technologies that are surely going to crop up from a variety of places. But I do think that they deserve a real pat on the back for being pioneers.”