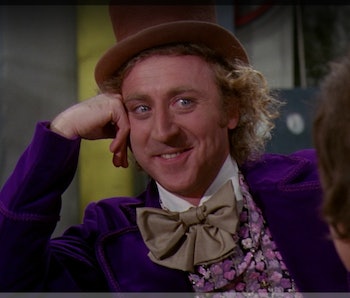 Comedy legend Gene Wilder has died at the age of 83.

According to this statement released by his family, Wilder died surrounded by his loved ones at his home in Stamford, Connecticut, due to complications from Alzheimer’s Disease, which he suffered from for the last three years.

It’s sad, plain and simple, especially because Wilders most iconic roles perfectly blended a winking sense of sweetness and heart along with his unique brand of hilariously absurd slapstick fun. But in a time when it’s so easy to get a depressed at news like this, the best possible thing to do is to take the advice of Wilder’s own family. In their statement, they also mentioned that Wilder “simply couldn’t bear the idea of one less smile in the world.

In that case, the way to honor one of the funniest actors who ever lived would be to remember how many smiles he caused in his best on-screen roles.

Here’s where you can stream all of Gene Wilder’s best movies.

Wilder’s first feature film role was in director Arthur Penn’s New Hollywood classic in a minor but memorable role as one of the titular outlaw couple’s hostages. The neurotic kidnapped undertaker Eugene Grizzard would foreshadow the distinctive personality Wilder cultivated on-screen for more than three decades.

The actor’s next role would solidify his legendary status, but also gain him a lifelong collaborator and friend. In Mel Brooks’s The Producers, Wilder played an accountant named Leopold Bloom who is lured into a fraud scheme by bankrolling a Broadway show called Springtime for Hitler intentionally meant to bomb that turns out to be a hit. It garnered Wilder an Oscar nomination for best supporting actor.

Willy Wonka and the Chocolate Factory

In perhaps his most beloved role, where he gave such lines as “We are the music makers, and we are the dreamers of dreams” a gorgeous sentimentality, Wilder is author Roald Dahl’s Willy Wonka, the mischievous candymaker who brings a group of equally mischievous kids on a tour of his magical factory.

Wilder teamed up with Brooks again in two comedies: the western spoof Blazing Saddles and the monster movie satire Young Frankenstein. Saddles has gone down as among the funniest movies ever made, and is readily available to rent. Weirdly enough, Young Frankenstein is nowhere to be found to (legally) stream anywhere. You can buy it on Amazon or watch it on TCM as the classic movie channel remembers Wilder with a marathon of his films.

The other main collaboration of Wilder’s career was with comedian Richard Pryor. For his performance in the intentionally inappropriate Silver Streak, a comedy about a cross-country train ride, Wilder recieved a Golden Globe nomination for Best Actor - Motion Picture Musical or Comedy.

Wilder and Pryor teamed up again for Stir Crazy, about two men framed for robbery who have to adjust to life in prison. It was a massive hit for a comedy even now, earning over $100 million at the box office when it was released in 1980.

The Woman in Red

Wilder met his third wife, Saturday Night Live’s Gilda Radner, in 1982, and she’d later co-star in The Woman in Red, a romantic comedy starring Wilder as an ad executive who attempts to have an affair with a beautiful woman he sees at work.

Where to rent: iTunes or Amazon

Over on Hulu, you should watch Merv Griffin interview Wilder.

More like this
Entertainment
Jan. 27, 2023
Onyx the Fortuitous and the Talisman of Souls is a cringe comedy as overlong as its title
By Andy Crump
Entertainment
Jan. 18, 2023
Everything you need to know about That ‘90s Show on Netflix
By Claire Fox
Entertainment
Jan. 20, 2023
Jung_E has little brain power and even less soul
By Eric Francisco
LEARN SOMETHING NEW EVERY DAY.
Related Tags
Share: