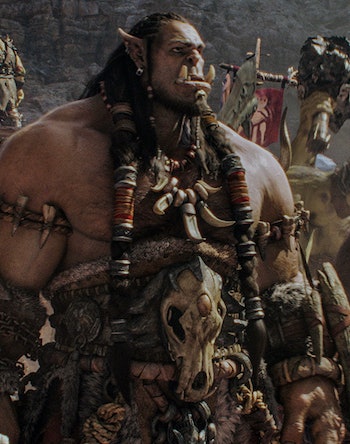 Directors have a lot more on their plates than just dealing with actors these days. In fact, maybe the most challenging part of the job now is planning out the big visual-effects scenes with VFX supervisors. These supes have an ever-increasing role in the storytelling side of filmmaking. So, Inverse decided to ask a bunch of VFX supervisors, many of them Oscar-winners or nominees, a simple question: “What is the best direction you’ve ever gotten from a director?”

Bryan Grill (Independence Day: Resurgence, Captain America: The Winter Soldier, Hereafter, Stealth): When I was at Digital Domain working on Stealth, we had a sequence we called the “ring of fire,” which was a floating high altitude refueling station that would just circle around. When the fuel line is compromised it spews the fuel, creating a circle of highly flammable gas. Our job was to create a ring of fiery explosion. After the first test we showed [director] Rob Cohen, he asked why it didn’t look exciting.

Our response was: this was a physically correct simulation and how it would actually work? Rob then turned around to us and said, “Well I don’t want the effect to be boring, I want it to bark like a dog.” We all just got puzzled looks on our faces as he barked at us. Then we immediately knew what he was after: A big vicious dog barking and chasing you. So we built a barking ring of fire and it was cool!

Bill Westenhofer (Wonder Woman (upcoming), Warcraft, Life of Pi, The Golden Compass): There are several. I could start with the “direction,” or at least the stated desire of Duncan Jones to make the Warcraft shoot feel as close to a normal live action shoot as possible. That request drove the level of “in situ” on-set motion capture that we did for the film.

Next, I would label much of Ang Lee’s direction as the best I’ve received, especially in terms of style. Rather than give specifics, he would describe what he wanted in many scenes with creative metaphors. The direction I got for the scene where Pi sits on a mirror glass surface with dawn light spilling all around him was to make it like “liquid gold.” The open-endedness of this and many other similar directives was what made Life of Pi a very rewarding experience for me and the many artists that worked on it.

But if a gun were to be put to my head to make me choose the best single direction, I would have to give that credit to Peter Berg, who insisted that in order to make a shot where Dwayne Johnson gets hit with a gun-fired bean bag look as real as possible for the movie The Rundown. I HAD to watch Jackass: The Movie where the same thing happens to Johnny Knoxville. Without me being commanded to do so, I might have missed out on that unique piece of charming Americana.

Jonathan Rothbart (Predator (upcoming), Deadpool, Priest, Legion): My two favorite responses from two directors were “Continuity is for pussies” and “Hope is not a strategy.”

Sheena Duggal (Agent Carter, The Hunger Games, Body of Lies, Contact): I was doing a presentation on Body of Lies for the Directors Guild, and Ridley Scott and I recorded a video to play during the presentation as he couldn’t attend due to his schedule. He was asked is there any advice that he would give someone who walks onto his set. He said, “be transparent, tell the truth.” It may seem simple and obvious, but people tend to tell director what they think he/she wants to hear and directors often don’t appreciate that.

I am a big fan of transparency especially with my vendors, fellow department heads, producers and directors. Ridley’s words often ring in my own head when I spot someone not being transparent in one form or another, Ridley created an awareness of how hard it direct people when everyone in the team isn’t speaking plainly.

The best director shot planning I experienced was Bob Zemeckis on Contact with the mirror shot. He’s the master of creating shots that appear to be one single shot and seamlessly change the point of view of the viewer without them realizing. Everyone really loves that shot. When Bob came up with the shot he already had a plan on how to shoot it. In the pre-production meetings I was in, I remember Bob would describe things that left us all scratching our heads for a minute, he always had a clever vision which took the rest of us time to wrap our heads around.

Eric Brevig (Pearl Harbor, Hook, Total Recall, Men in Black): The best (most useful) directions I have gotten are ones that are very specific, and usually more about the overall tone of the scene, or a style of photography unique to that film. For example, on the Men in Black movies, the directions from Barry Sonnenfeld were specifically about camera placement and movement, and were very specific: “Wide and low is funny.” “Never pan-that’s not funny.” These were great because they allowed me to match the director’s non-vfx footage exactly.

John Rosengrant (Terminator 2: Judgment Day, The Lost World: Jurassic Park, Avatar, Real Steel): The best direction I have received was, “The creature when it attacks should go ‘Ahhhh Zing Zing!!!!’” (Picture frantic arm and hand gestures accompanying the direction). Still not sure what the director meant exactly but it was delivered with such passion and emotion that we channeled that energy into the next take and got what he was looking for.

Kevin Baillie (Star Trek Beyond, The Walk, Need for Speed, Flight): I’ve reeived two simple pieces from Bob Zemeckis. One aspect of a scene was technically stuck on something that wasn’t working quite right. These simple words from Bob inspired us to re-focus, and get past our roadblock: “Progress, not perfection.” Late one night, I was fretting about the fact that a show has been jolted in to a bit of a chaotic state. His words, which totally put me back on track to push though the tough times, were: “If there’s one thing I know is true, it’s that all great art comes from chaos.”

Scott Stokdyk (Valerian and the City of a Thousand Planets (upcoming), Sam Raimi’s Spider-Man films, Hollow Man): The most memorable thing that has stuck with me over the years was when Sam Raimi was on-set during the Spider-Man movies… I always admired how personally involved he got in the safety meetings, where he held himself responsible for the safety of his crew during any stunt or mechanical FX setup… it was just such a great example for me to keep the perspective on what we are doing in VFX, and that the members of your team are ultimately as important as the art you are trying so hard to create!

Martyn Culpitt (Independence Day: Resurgence, Jurassic World, San Andreas, White House Down): I think the best direction I ever received was from Roland Emmerich on Independence Day: Resurgence. He told us that he fully trusted the Image Engine team to drive the animation and overall creative of the aliens’ movements, as well as giving us the oversight to determine when a shot was ready for final. By placing that trust in the team Roland instilled a level of confidence that enabled us to get into a good groove – we fully understood the work and the look that Roland liked, and knew that he had the faith in us to deliver on it. With that in mind we felt free to be as flexible and exploratory as we needed to be, which always results in a more impressive, fully fleshed out final look for a CG character.

Paul Butterworth (Prometheus, Avengers: Age of Ultron, Insurgent, The Hunger Games: Catching Fire): Although he assures us he has received some incredible direction over the years, Butterworth wanted to share some of the more bizarre comments from directors he’s received…

“Can you make them look happy?” (regarding a female’s breasts in a particular commercial we were working on): It was the only time the director came in. We spent an entire week on that shot. Moving the nipples up down, more and less shading. Every time he left the producer and I would burst out laughing. I think in the end the shot was dropped, as the main client turned up and was female…and couldn’t understand all the fuss. It was for insurance.

“This shot looks fake! We need the audience to believe its real”: We were working on a well-known burger franchise and there were loads of purple creatures chasing after a well-known clown over red and yellow hills, cheering and waving flags. I had to go through the journey of trying to apply as much science as I could to the shot and get the director’s buy in…. hard task sometimes!