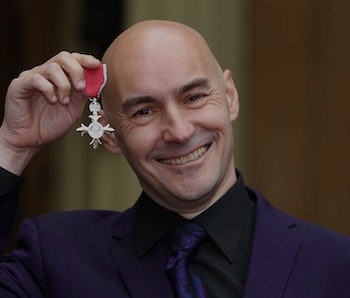 Aldous Huxley’s classic sci-fi novel Brave New World, which was written in 1931 and set in a dystopian 2540, is coming to television. Helmed by award-winning play and comic book writer Grant Morrison, (Batman: Legends of the Dark Knight, Sebastian O,The Invisibles) and Brian Taylor (Crank, Jonah Hex, Gamer), Brave New World will be adapted as a collaboration between Syfy, Universal Cable Productions, and Amblin Television. Though it was written over eighty years ago, the speculative novel is filled with themes that are relevant today: Genetic engineering, consumerism, recreational drugs, futurism.

Brave New World will join a recent string of classic sci-fi and speculative fiction adaptations, including an upcoming Hulu series starring Elizabeth Moss based on Margaret Atwood’s The Handmaid’s Tale (which was originally published in 1985) and Syfy’s Childhood’s End, based on Arthur C. Clarke’s 1953 novel.

This will mark the first time Brave New World will be adapted as a television series, though it has two previous film adaptations (as a TV movie in 1980 and 1998 respectively), a 2015 theater adaptation, and several radio adaptations, including one narrated by Huxley himself.

At present, further cast information or a release date for the show has not yet been announced.