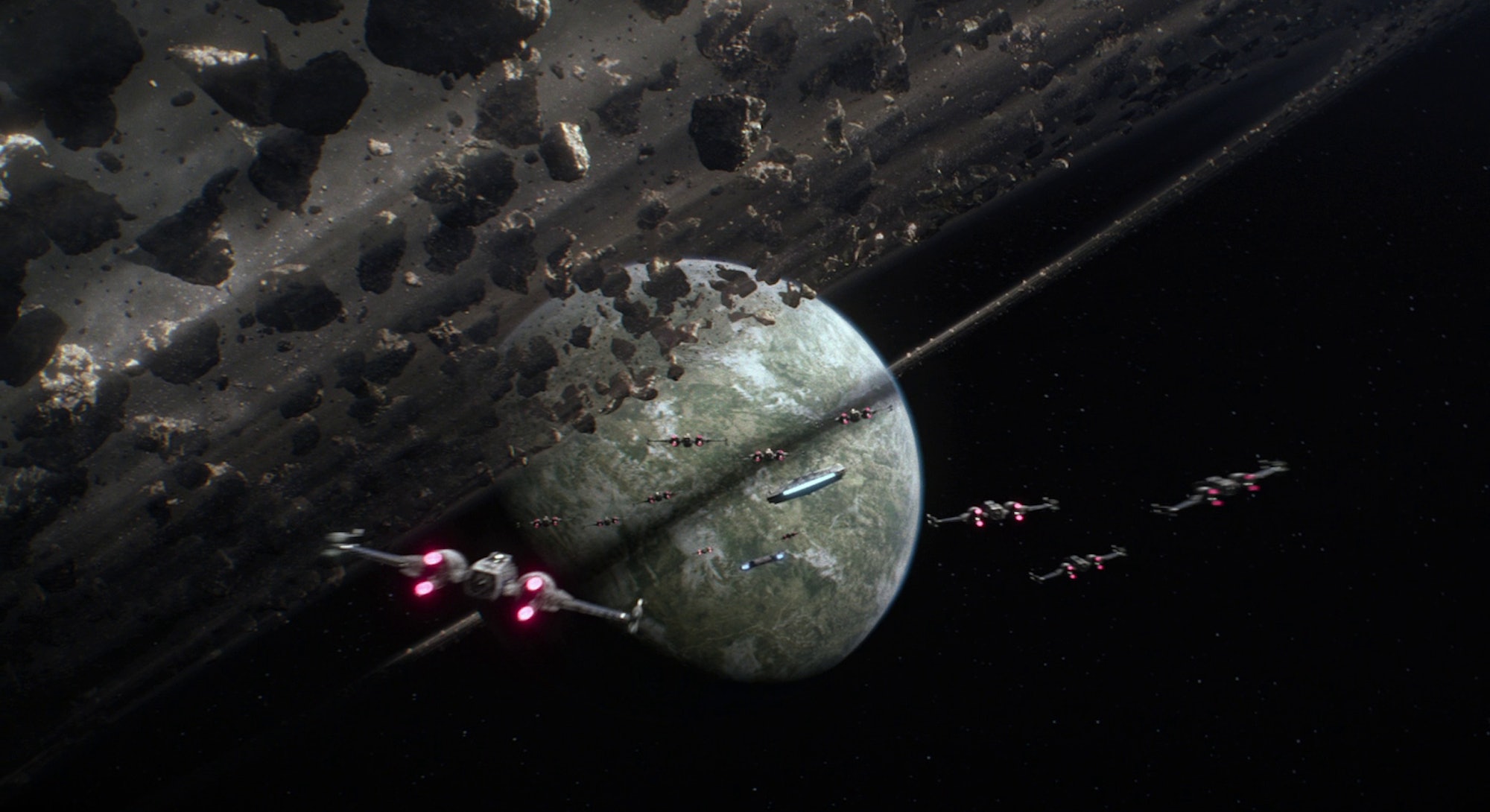 Many of the most iconic science fiction stories, including Star Wars, Deep Space 9, and Battlestar Galactica, are predicated on the idea of politically motivated violence in outer space. They posit that humans capable of interplanetary and interstellar travel will still have cohesive political values and, if pushed, rebel against forces representing alternative ideals. Many movies and books are all-but dismissive of diplomacy as a means of resolving conflict. This lack of interest in treaties and talks makes sense from a narrative perspective (remember Episode Two?) but not from a techno-political one. Because sustaining human life in space, mutually assured destruction is baked into orbital relations. For that reason, being a space despot like Baron Harkonnen in Dune would be a big ask. When we take to the stars, laser-free insurgencies may become a norm.

University of Edinburgh Astrobiology Professor Charles Cockell, author of the book Dissent, Revolution and Liberty Beyond Earth, spends a lot of time thinking about space battles and how mankind could learn to resolve its differences in a non-Earth environment. This bears thinking about, Cockell explains, because the potential for loss of life and destruction in space is deeply problematic. And Earth solutions don’t necessarily translate.

“Destructive revolution is something to be avoided in space,” he told Inverse, “But dissent is good - it’s part of the continuous re-adjustment of society to new conditions - conflicting views about the way to deal with problems that are brought into collision resulting in a conclusion, which if wrong, can be further changed by the next round of dissent.”

Whether an extra-Earth society were living on the Moon, or Mars, or in some kind of space colony, the dangerous and omnipresent life-threatening conditions inherently change the nature of interaction and co-dependence. If blowing-up a module or a space station could lead to the immediate eradication of everyone inside, the people inside that module are less likely to attack other modules capable of that violence. As any fan of geopolitical Realism will point out, nuclear powers have historically avoided going to war with each other — albeit narrowly.

Cockell doesn’t just consider the political endgame of space movement. He thinks about how things get there. It turns out that it would be relatively easy for a despot like the Emperor to rise to power because of the distances between star systems. “If the speed of light sets a real limit to information exchange, then planetary outposts are likely to be places where there can be no rapid free exchange of information from outside,” Professor Cockell points out.

This means that the amounts of information an average person receives in a galaxy like Star Wars of Dune is limited to begin with and that the interplanetary distances “make it easier to control the extent of incoming information.” The divide part of “divide and conquer” is relatively simple.

Still, if we hew closer to science fiction scenarios in which the space-action remains modest, laser and explosion style revolutions seem less and less likely. In Robert A. Heinlein’s novel The Moon is a Harsh Mistress a disenfranchised lunar colonists revolt. In the Expanse, asteroid belt denizens get increasingly unruly about their second-class citizen status. Babylon 5 features Martians rising up against the People (their ancestors) on Earth. Cockell says these depictions of “an outpost seeking to reduce the power or influence of an overbearing authority” are the most realistic stories in science fiction. Yet, Cockell points out that it doesn’t make a huge amount of sense for a powerful group of space people to marginalize a group charged with the colonization or settlement of less accessible world very wise. If colonial history is any indication, the people at the fringes will most likely be there to supply the bulk of the population with something they need or desperately want.

“I would have thought there would be a strong incentive for minimizing economic differences because of the very strong interdependence required to live in space,” Cockell says. “Treating people who make the oxygen you breathe as slaves does not seem a good policy.”

Let’s imagine an Elysium-style space station, or even a Babylon 5-esque set-up. A certain amount of people are living in the comfort of artificial gravity and running water, and oxygen, and another part of population has been marginalized to keep these things running. Would they start zapping people or blowing enemies out of various airlocks?

“A bunch of people refusing to tend to the oxygen producing machines - just not turning up to work could be non-violent but very very politically powerful,” Cockell said, “Under such a strike, the authorities are under strong pressure to resolve the conflict without force and before people are deprived of something vital.”

In this way, living in a space station, or a space colony could theoretically create an insanely positive form of dissent which we haven’t yet glimpsed here on Earth. Peaceful governing in space is something which Cockell describes as “vital,” since to live in space is to live somewhere where the “the environment is instantaneously lethal.” It’s very likely future space colonists will have this in mind as some knowledge of the inherent dangerousness of space seems like a prerequisite for hypothetical future space colonists.

If Vader or Kylo Ren had wanted to rule the galaxy effectively, they should have probably figured out how to hold debates more commonly. As Cockell told Inverse, “Encouraging dissent and open disagreement may be one way to provide a pressure valve.” What happens without that pressure valve? Dissent could boil over and then, there’s a real full scale rebellion, complete with loud explosions and all the vacuum of space to silence them.