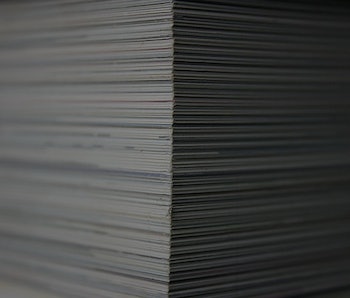 This week, we spoke with Molly Friedrich, a top literary agent with over thirty years in the game, having represented the likes of Frank McCourt, Sue Grafton, Terry McMillan, and Jane Smiley.

Because you’re so established, do you still feel the need to keep up with industry trends?

I would never run my business according to any kind of trend. At writers conferences, people talk about what’s selling. You see people poised with pens, and you think, “By the time you write it down, it’s going to be over.”

Do you usually try reading the book of the moment?

If three people tell me to read a book, and they’re not in publishing, I make a point of reading it. Sometimes, like with Fifty Shades of Grey, it takes ten days. Other times it can take years. Ten people told me to read Hanya Yanagihara’s A Little Life. If you describe it – the main character has been raised by a bunch of monks and abused— you’d think “What kind of description is that?” But it’s completely immersive. So, you need to understand why that book, which had a modest first printing, got traction.

Every night for 40 minutes, I read something that doesn’t advance my career. I just finished a first novel by L.S. Hilton called Maestra, which got a dreadful review by Janet Maslin. That made me only want to read it more; I thought, “how unfair, how awful.” And I read a certain number of books that are obscure or minor classics, like A High Wind in Jamacia. My aunt sent me a book by Murray Bail. It’s fantastically well-written, and maybe 900 people have read it. I try to use my reading energy to shout from the rooftops about books that aren’t the five everybody is talking about.

You mentioned Fifty Shades of Grey — when that was at the height of popularity, people outside the book industry were bemoaning it. As someone in the industry, did you share those concerns?

No, there were people who have not read a book since college reading it. But, often with a book like that, you’ll see moms reading it, and then the teenage girls will read it. The idea that your first sexual experience would be anything like an introduction to sex as illustrated by Fifty Shades is really sad. But, any book that rises above and beyond itself is, to me, a cause for celebration.

What about when the industry’s enthusiasm doesn’t match the public’s? When something like City on Fire happens — even if it’s not your client — does it affect you?

As a caveat, let me say I haven’t read that book. But when you have a price tag of 2 million dollars on literary fiction, that is a heavy burden. When you have that for the new David Baldacci, it’s fine because its overtly commercial and you know what the presentation is. But its an enormous challenge to get a reader to debut fiction that is over 900 pages and literary. I will never be privy to the conversations that took place. Maybe he didn’t think it needed to be cut. Moby Dick was published in 1851. Here’s a fun fact, it was handed in at the end of August and published in November. That means that the crazy chapter about whale bones or the color white — nobody was looking to see whether he got off his rocker. That’s interesting. The thing that happens with the agent, editor, and author is that nobody ever knows the backstory.

But, when a book that is supposed to be “the one” disappoints, it does affect everybody else. It’s nobody’s fault.

How do you navigate experiences like that in your own career?

There’s little to do. I sold one book where the editor said, “This is the book I’ve been waiting for all of my career.” And everything that happened with that book went wrong. It didn’t get great reviews, the sales reps didn’t love it as much as he and I did. It just didn’t work. A lot of times when books seem to work, the author has secret help. There’s advertising money kicked in, or the author has an uncle who is famous and that rolodex is being pushed around. But I’m talking about the pure debut when the author has no MFA, no set of connections; just the book. That’s disappointing when that happens, because you don’t have anything to do except try your hardest. Some books are more successful than others. Sometimes there’s something that gets perceived as an unfortunate step, and you rebuild. That’s hard but incredibly important to be able to do. That’s the business of calling upon relationships and being profoundly collaborative with the publishing house to figure out how we can resuscitate this person’s book career. It can be done.

How important are relationships in the industry?

I once had an editor at a publishing house start crying at lunch. She said, “I just don’t know what I can do to have you submit to me.” I said, “This is appalling that you are this upset! You need to be right three times without depending on what comes with agencies and agents, so that I see you have an eye and show initiative — and then I’ll send something to you.” I don’t want to even be lazy with submissions where I would just send it to friends. That’s 19th century.

As the industry is changing with the rise of ebooks, has that impacted you much?

Ebooks have been very healthy for publishers. They have not been healthy for authors. Publishers are making a load of money — very little of which is going to the author’s statement.

What advice would you give for someone looking to get into the business?

Be prepared to work really hard. If you love reading, 10 to 20 years later, it might become the tyranny of your life. The hardest part of maintaining enthusiasm is the fact that you are the first person reading the manuscript. Before an editor had read it, before its fifth draft — you are the gatekeeper. It’s easy to get sucked into the molasses of reading bad writing, which is why it’s vital to read widely. It reminds you of what you’re looking for and keeps selectivity in your spirit. You’ll see that get crushed a bit over the years.

How do you prevent that from happening?

By reading good shit. Keep reminding yourself why you got into the business. I would also advise somebody to work for a small agency. You want to work with a company that can be nimble, and when you make yourself appear indispensable, then you can start to exact control over the quality of your working life. I’ve been working full-time since 10 days after graduating from Barnard, and I love my job 85% of the time. To be able to say that after so many decades is extraordinary.

One of the reasons is that, over the years, I’ve been able to gather more control over my day. The hardest part about being an agent is setting boundaries. Just as children want more from you than you’re able to give, there is always something more you could be doing for a writer. The fastest way to burn out is by being a good girl. By “good girl” I mean the person who in college did the “suggested reading” list as well as the “required reading” list. I am that person. It has taken me a lifetime to really grab hold of the fact that my time is finite and that I am shitty at my job of representing my writers if I am only doing that. If I were only a parent, I would be an insufferable parent. I’m a forceful personality and I would not give them voice to become the people they need to become. The fact that I have these two massive parts of my life conflating has been the thing that has saved both my children and my career.

What excites you for the future?

I’m very excited about a nonfiction writer named Florence Williams, who wrote the first ever environmental history of the human breast, which won the L.A. Times award. Her next subject is how being in nature makes you smarter and more creative. That comes back to wanting to be associated with books that change the way you see the world. That part will never get old.