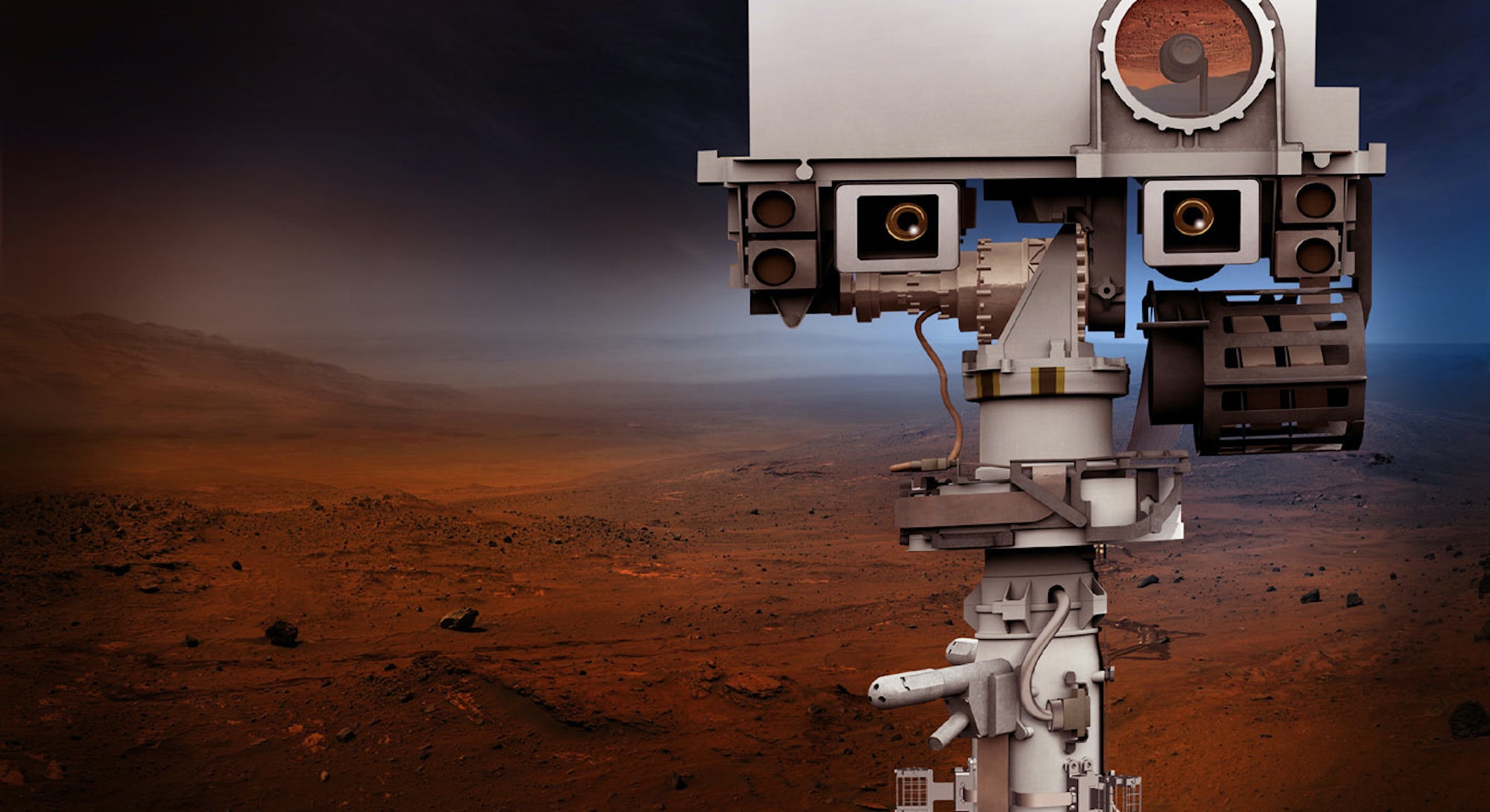 Today, NASA pulled back the curtain on its new Mars rover — which looks a lot like the old Mars rover — that has one question to answer: “Is there life beyond Earth?”

During an hour-long Facebook live video that took place at the Jet Propulsion Laboratory’s “Mars Yard” in Pasadena, California, NASA scientists showed off the Mars 2020 rover, which will hit the soil of the red planet in February 2021.

Superficially, Mars 2020 will “very, very similar” to the Curiosity rover that landed on Mars in August 2012, but Mars 2020 (M-2020? 2020? Marsy?) boasts a new range of tools and enhanced landing equipment. Because of the new mechanics, the 2020 rover will be able to test features that will inform a future human voyage and will collect samples that can be eventually returned to Earth for detailed study.

“We’ll explore the surface of Mars for at least two years,” says Ken Farley, the project scientist of the 2020 mission, in the video. “While we’re there, the major scientific objective of the mission is to seek the signs of life.”

“And of course, one of the great questions that people have wondered about for a very long time is ‘are we alone? Is there life beyond Earth?’ This question has, I think, become much sharper recently with many, many observations that planets beyond our solar system are common — an enormous number, thousands and thousands of exoplanets have been discovered. And so, for me, this question is no longer, ‘is there life out there, but is it really plausible that it isn’t out there?’ There are so many places it could be.”

The mission will launch in August 2020, which is when the trip between Earth and Mars would need the lowest amount of energy because of how the planets are aligned. If they miss this launch date, NASA would have to wait until 2022 to try again. Launching in August 2020 would have the rover landing on Mars in February of 2021.

There are four overarching goals for the mission:

It will land in a region of Mars that researchers think would have been habitable for ancient microbes — meaning areas where water used to flow. Exposed rocks in these areas will allow the team to better examine Martian geology. But these sites aren’t easy to reach.

“You may remember how the Curiosity rover landed, with the seven minutes of terror, and we’re using that as a starting point for Mars 2020,” says Allen Chen, a systems engineer and the descent and landing lead. Because of the rockiness of the eight proposed landing sites, Chen and his team have designed the 2020 rover to have improved landing equipment, which will let it venture into this more rugged terrain.

This is the first Mars rover that will have instruments to actively look for signs of life. These include a range of environmental scanners, a laser and powerful camera to analyze rock composition, and ground-penetrating radar to investigate the rock layers tens of meters under the surface. The rover will collect and store rock and soil cores thanks to a new drill attachment. The drill also allows the 2020 mission to clean and deeply examine the composition of Martian rocks to find organic molecules that are one of the potential indicators of life.

Because the team doesn’t know exactly what kinds of rocks they will experience on Mars, “we have to be prepared for a wide range of contingencies,” said Matt Robinson, an engineer and the Mars 2020 sampling and caching team deputy manager. The team has tested the bits and collection methods on a huge suite of Earth rocks to prepare. Although the 2020 rover will not return to Earth, a future mission could bring these samples back to be studied at NASA for information about life on Mars and potential hazards for human exploration.

And one of the features of the 2020 mission is preparing for getting humans to Mars. A device that will attempt to convert Martian carbon dioxide into oxygen is one of the key upgrades on the 2020 rover. If successful, it will significantly simplify a human mission to Mars because it will greatly decrease the amount of oxygen astronauts would have to carry with them, said Farley.

Along with the carbon dioxide converter, the rover is also testing the environment to get essential information about the Martian climate. It is gathering soil and dust samples, and daily weather data to determine the challenges human explorers would face. And thanks to a number of microphones added, “we’ll have the first sounds coming back from Mars,” says Farley. And all that sounds pretty good.