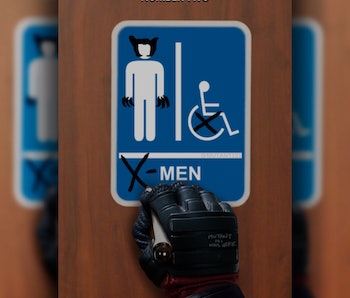 Early in the morning of July 6, a Twitter user with the handle @M101_Mutant101 posted a bit of fan art alongside the caption, “What If?” and then a bunch of emojis intended to spell out “Deadpool”. In the blink of an eye, Mutant101’s poster climbed from beneath the fold to the front page of the internet thanks to a little celeb bump and a big misunderstanding.

The picture itself was a mockup of a movie poster for Deadpool 2, the impending sequel to February’s incredible smash hit starring Ryan Reynolds. Always one to litter his Twitter and Instagram feed with the multitude of images conjured by his fans, Reynolds was quick to repost the picture alongside one of his trademark quips. Of course, the action star probably should have lead with a disclaimer, because it wasn’t long before social media was buzzing about the reveal of a Deadpool sequel.

It was just fan art, folks. New details about a sequel have not been revealed.

Sure, a sequel will be happening. Thats inevitable for a film that racked up great critical reviews and three quarters of a billion dollars. Not too shabby for an R-rated film featuring an emotionally stunted mass murderer. Of course, at this point, we don’t know for certain what the film will be about or which other mutants will appear (C’mon Cable …).

After 214,000 likes (and counting), it seems that most of the people responding to Reynolds’ Instagram post haven’t gotten the joke. Or maybe they just don’t want to …

Deadpool 2 is set to begin filming in early 2017. And, hey, even if you were let down by the accidental tease, at least Mutant 101 is having a good day.