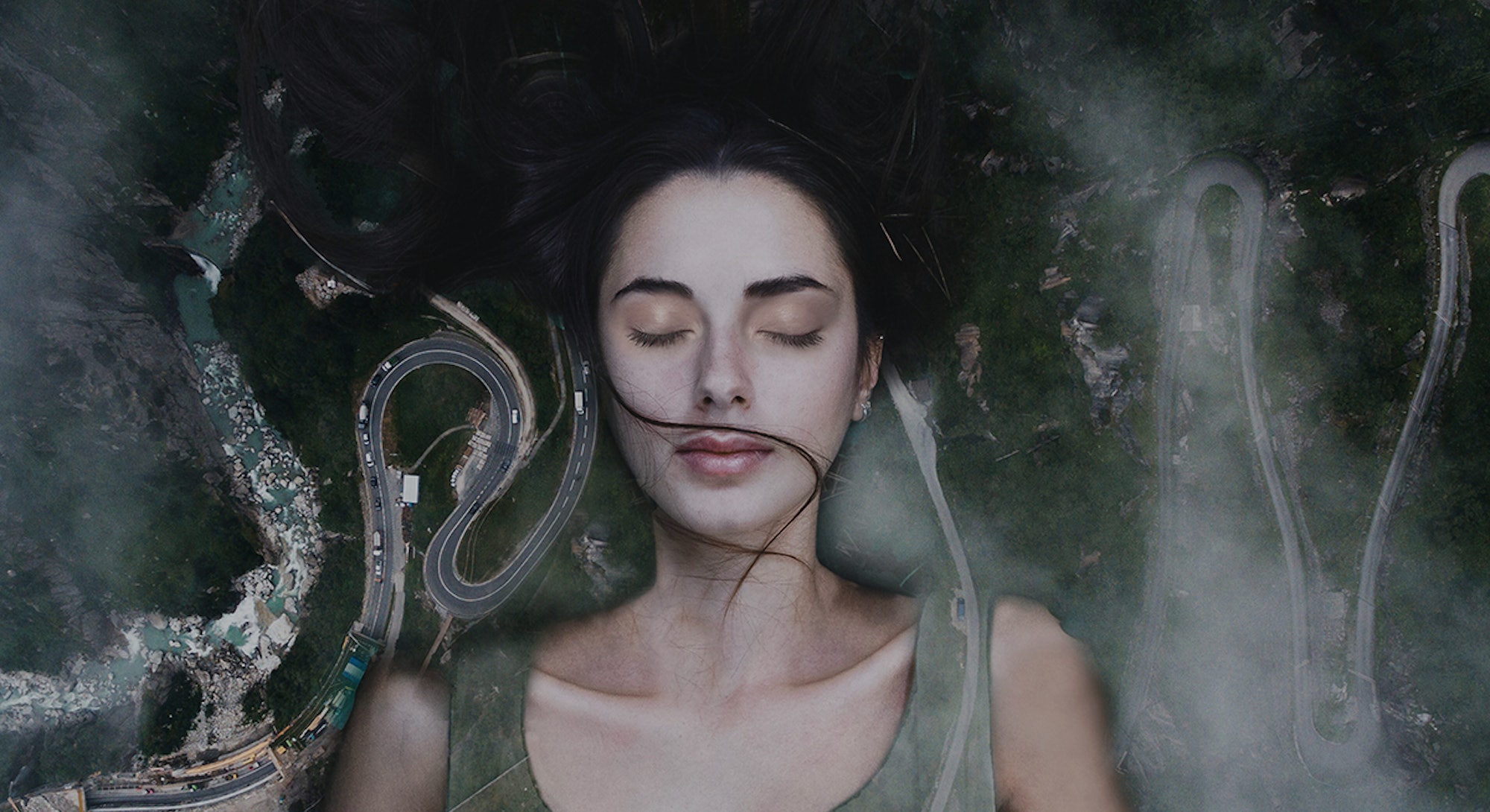 In some of Danish architect and artist Laurent Rosset’s worlds, there is no horizon. In others, there is a new physics, a skewed gravity. There are oceanic walls, mountains that float, and hills that go straight up. The work invites viewers into foreign dimensions then dares them to regain their composure.

Back in reality, the effects of the work linger. Rosset knows this. “Ideas are one of the most powerful viruses for people,” he tells Inverse. Sometimes, the mind — like the body — can stave off the infection. But Rosset’s photomanipulations are essentially innocuous. The worst side effect is a reinvigorated imagination.

Rosset writes that dreams, and anything else that “challenges reality,” are his inspiration. But he doesn’t necessarily think of himself as a creator. He considers himself more of a medium. “I believe everything inspires creativity to express itself,” he says.

“I like to think of my pictures as the key for a new adventure,” Rosset explains. “An image can be the beginning of a story or a dream, and it can transform an ordinary situation into something extraordinary.”

He wants to create dreamy realms, but “never to escape from reality.” Rosset likes reality, so he merely wants to challenge it — and see how it responds.

“Each image is for me not just the final picture, but the process and the story behind it,” Rosset says. He typically melds two or three photographs for his compositions, which are either his own or others’ captures. Naturally, he uses Photoshop, which he considers “magic.” It’s hard to pick out even a single seam in his work, which is a testament to his craftiness.

Since he is an architect by trade, though, his photomanipulations are often literal daydreams: efforts to escape reality’s constraints — the physical world’s unrelenting rules — but also to find inspiration.

Perhaps most of all, Rosset wants to have fun.