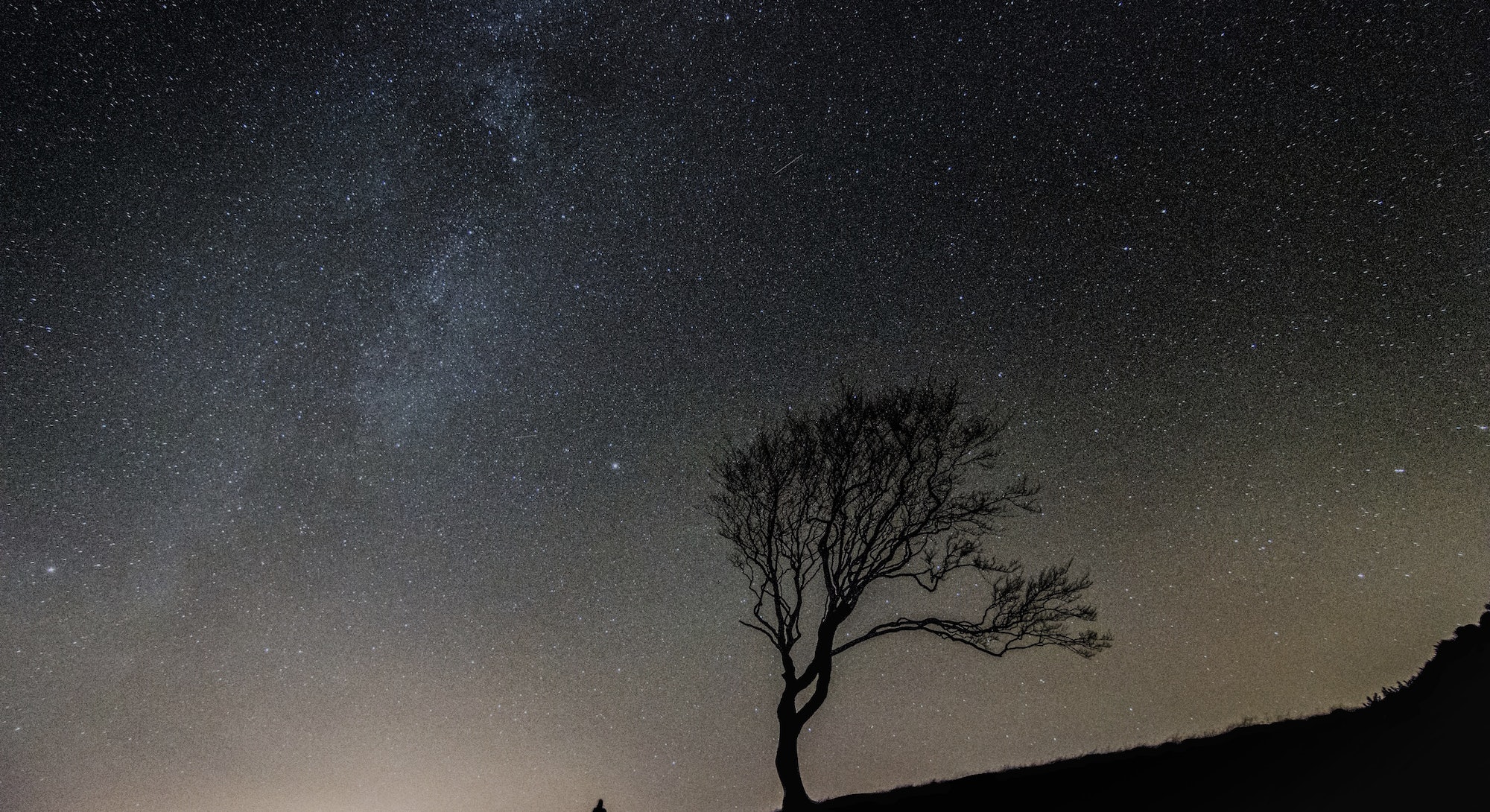 With the Big Bang theory, modern scientists gave us a story about our universe’s birth. With special relativity and quantum mechanics, they elucidated the fundamental characteristics of that universe. With the multiverse and string theories, they’ve begun to pose hypotheses too massive to hang on even those frameworks. Equipped with particle accelerators to study the small stuff and enormous telescopes to study the big stuff, researchers are going back to the complicated basics, asking why and how the universe and all of its constituent parts, including humans, exists.

One million days ago, pre-Socratic thinkers were asking the same questions. Before Socrates was born in 470 B.C.E., his intellectual predecessors were going on record with their own answers. They were the Western world’s first empiricists. Parmenides and Anaxagoras pulled cosmology earthward as Empedocles, Leucippus, and Democritus abandoned the sacred for the observable. At the time, their theories were considered absurd, fantastical, and speculative, but later Greeks vindicated many of their hypotheses — some of which hold to this day. Even so, many modern scientists and historians ignore the pre-Socratics’ contributions, in large part because they trafficked largely in conjecture. But — as any string theorist could explain — conjecture necessarily precedes proof.

The answers offered by today’s conjecturers, like those tossed out centuries before the Common Era, present engaged thinkers with a choice: Take counterintuitive hypotheses seriously, or dismiss them outright. Like the pre-Socratics, many modern scientists risk being ridiculed. And, if history is any indication, these modern scientists may be ignored or repudiated by future researchers even if they uncover new paths to knowledge. Nowadays, at least, scientists understand the cycle: The theorists come before the experimenters and the credit is rarely shared.

Daniel Graham is an ancient philosophy professor at Brigham Young University. Science Before Socrates is his attempt to bestow belated credit upon the pre-Socratics. Ever since they began theorizing, Graham tells Inverse, they’ve been discredited. History has decided that these proto-scientists had cool ideas, but “no way of proving or disproving any of their theories.” And, to be fair, many pre-Socratics were both wrong and unremarkable.

“They tend to prove a lot less than they argue, and don’t have a systematic way of proving their theories,” Graham says.

But some drew theoretical blueprints for concepts that would later be substantiated. Empedocles introduced the world to the theory of elements, the building blocks of the universe — though he himself only imagined four. Parmenides, in his On Nature, developed a cosmology. In the opinion section — doxa — he theorized that the morning star is the same as the evening star, that the moon gets its light from the sun, and that the earth is spherical. As far as we know, he was the first person in history to determine the earth’s true shape.

These ideas enabled the next generation of scientists. Anaxagoras, for instance, who used these discoveries to figure out how eclipses work. Aristotle later cites Anaxagoras’s theory as “a paradigm of scientific explanation,” Graham says. “He regards it as a slam dunk. It’s a revolutionary moment in astronomy. Suddenly all these other hypotheses are disproved, and one of them is proved. It becomes a powerful way of explaining the continued existence of the heavenly bodies.”

And Leucippus and Democritus, in late-5th-century B.C., hypothesized that atoms exist. This idea endured, but remained just that — an idea — until 1905, when Einstein proved their existence. He’s the one credited with the discovery, which is legitimate. But the conceptual toolkit he employed dates back to these two imaginative philosophers. Proof follows conjecture. But because their methods, today, do not seem sufficiently scientific, these pre-Socratics are looked at as the authors of obsolete philosophies rather than as the luminaries they were.

Today’s philosophers are not looking toward the heavens; nor are they budding empiricists. They’re poring through texts and dissecting arguments. Philosophy is now a vestigial discipline. The pre-Socratics laid the scientific method’s foundation, then Aristotle and other post-Socratics turned it into a craft. “When philosophers find a rigorous method for something,” Graham explains, “it spins off into a new discipline — like physics, or economics, or psychology. Philosophy progresses in an odd way: It gives birth to other sciences.”

Graham thinks today’s scientists, however, “can find soulmates back there — people who are thinking like scientists already, even if they don’t have the tools of science yet, and haven’t worked out the rigorous experimental method.” And modern cosmologists, too, can find solace and even inspiration in their field’s philosophical roots. “It’s funny, because the pre-Socratics began with ‘Where did it all start from?’ And that’s exactly where the modern cosmologists are,” Graham says. “The Big Bang — how’d it all start? What was there before the Big Bang? How did that all work? And so forth. Even the questions being asked are kind of going backward.”

But between the time these big questions captivated pre-Socratic intellects and today, they fell out of favor. For many centuries, up until the early 20th century, cosmology was scorned. Physicists did not care to explore the origins of the universe. Then, in the 1920s, Edwin Hubble and others recognized that the universe is expanding. And, as that idea gained support, big questions came once again to the fore.

“When your paradigm is working fine, you don’t need to worry about things,” Graham says. “But when things start to go haywire, you have to think outside the box. Often, that means you start to philosophize.” And when you start to philosophize, some scientists will scorn you. “Philosophy deals with these assumptions that can’t be proved,” whereas science is supposed to deal with assumptions that can be proved. “But,” Graham adds, “you can’t avoid some kinds of assumptions.”

Yasunori Nomura is a theoretical physics professor at University of California, Berkeley. He’s refining both multiverse and string theories, and tells Inverse that he commiserates with the pre-Socratics. “These old Greek scientists must have been doing similar reasonable, educated guessing,” he says. Like those ancient philosophers, even some of Nomura’s peers — contemporary, cutting-edge physicists — criticize his work as too speculative.

“We are saying that there may be some multiple universes,” Nomura says. “And some people say, ‘You cannot go outside the universe — what are you talking about?’ But the methodology of science is always the same. You just make the theories based on what you can measure.” So long as a theory is robust, steeped in evidence, and falsifiable, scientists ought to consider it. Nomura’s work ticks all three boxes.

Beyond that, Nomura considers the multiverse theory intuitive and logical. “We are just one of the eight planets, our solar system is one of the thousands or ten thousands of solar systems in the galaxy, and our galaxy is one of the many, many galaxies,” he says. “Why do you know, in this particular 21st century, that what we think is the universe is it?” Nomura’s equations, though, surpass intuition. And the equations spit out this same crazy idea: there might be more than one universe.

These days, virtually all scientists believe that the Big Bang explains the origin of our supposedly singular universe. But that theory began as speculation. “We have never gone back in time and checked the Big Bang directly,” Nomura points out. “We’ve postulated, and then derived all kinds of consequences.” That the universe is expanding is one such consequence. “We keep looking at nature and keep accumulating evidence in a way that’s consistent with the picture. And if even one of them is a clear contradiction, we throw away the idea. That’s a very high standard.”

Nomura understands that philosophy reared science. He also acknowledges that nearly all major scientific leaps at first seemed crazy or fantastical. Dismissing theories because they’re “just philosophy” is dangerous, Nomura thinks. We should seek to vindicate or falsify, for in such pursuit we inevitably learn something new. “Just try and see! That’s my philosophy,” he says. “We have, in principle, falsifiable theories.”

Thomas Kuhn, who wrote The Structure of Scientific Revolutions, would appreciate the sentiment. Kuhn praised the revolutionaries as well as the vindicators, the prophets as well as the normal scientists. “I think it’s important to have a lot of diversity in scientists,” Nomura says. “Half of them will probably be useless, historically. But that’s necessary waste.”

And it’s unpredictable what will make a scientist great. Graham chalks Albert Einstein’s success up to his brilliant imagination, which allowed him to consider what the world would look like if he were traveling at the speed of light. “At some point, you have to have this amazing imagination — rather than some kind of plodding, methodological attitude toward everything,” Graham says. Methodology comes after revelation.

The pre-Socratics took these risks. They defied convention, and in so doing lit the path for the next generation. Today’s theoretical physicists may well be serving the same function. History will decide whether they — unlike the truly ancient Greeks — receive credit for their work.

Steven Gubser, a theoretical physics professor at Princeton, explains that rigor guarantees today’s physicists a place in a longer scientific narrative. Despite their theories’ mathematical remove, he argues that “there’s usually a fairly direct path from measured phenomena to the mathematical ideas.” He says conformal field theory is a good example of a discipline where this dynamic has played out. “Although a lot of this work is abstract,” he says, “it’s easy to point to physically studied systems, like magnets or gas-vapor systems, which exhibit the main phenomena of interest.”

To Gubser and many other scientists, there’s not much of a divide between creativity and diligence. One experiment leads to another, and the results are what advance the field. Sometimes, a breakthrough inference requires a little imagination, but good, methodological science remains paramount.

“Progress in science is quite a nonlinear process most of the time, and it’s hard to know for sure what’s going to be important even in as short a time as ten years,” Gubser says. “So you try to work on things that make sense and seem to carry intellectual weight, and keep an open mind about how they might be turned to advantage in unexpected ways.”

Gubser wouldn’t say the pre-Socratics don’t deserve a place in the story, and Einstein can indubitably remain. Big ideas are more than welcome. He’ll just be waiting at the door with Occam’s razor.

So long as there is symbiosis between the theorizers and the experimenters, science progresses. Scientists and theorists will not leave these age-old cosmological questions behind, but they will further refine the queries. And we’ll give due consideration to ideas that at first strike us as crazy. The next universe awaits.