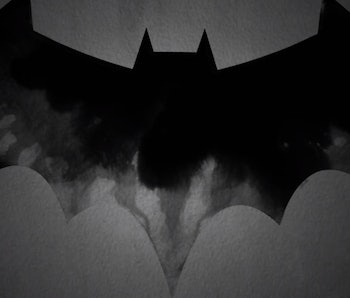 Throughout my 30-minute preview of Telltale Games’ Batman, I kept trying to figure out what had influenced its developers. I thought that at some point, I’d have to recognize some elements from The Dark Knight film, or the Batman: Year One comic. Ultimately however, Telltale’s Batman game simply stands on its own. The developers behind the popular The Walking Dead games have made an entirely unique origin story, never before seen by fans of Batman anywhere.

Telltale makes a very unique type of game. The studio doesn’t do action or shooting, at least in the traditional sense. Instead, Telltale specializes in point-and-click adventure games, modernized for today’s audience. The results are often fantastic, with games that feature some of the best choreographed action set pieces, along with clever, twisty dialogues. Telltale’s expertise is in crafting narrative adventures where the player’s actions and dialogue choices have far-reaching consequences for the story, often creating dramatically diverging storylines based on the player’s own choice. So who better explore the complicated psyche of than the Dark Knight himself?

The game takes place in what appears to be the early years of Bruce Wayne’s adventures as Batman. Criminals barge into City Hall and murder the lone security guard before heading up to rob the place of whatever treasure they’re after that day. The violence depicted in these opening moments immediately sets the stage for a crime-ridden Gotham, engulfed as always in violence and corruption. Naturally Batman comes in to save the day, but depending on the player’s choices, the Batman they play as can run the gamut between lawful vigilante, to violent executioner (without actually killing anyone).

Batman’s encounter with Catwoman is the perfect example of the diverging character types. Depending on the player’s action, Batman can take on many forms, either reveling in his conflict with the feline-themed thief, or reluctant to indulge in the combat. While we’ve always known Batman to be a conflicted character, Batman hands over the inner-conflict into the hands of players.

Likewise, Telltale’s decision to essentially split the game’s focus between Batman and Bruce Wayne unearths even more complexity, and moral ambiguity in the character. As Bruce Wayne, fans of the character understand that the playboy, billionaire persona is mostly a front for his nighttime activities. Here however, players are given an inside look at the thought process which goes into keeping up the Bruce Wayne identity.

At a fundraising event for a still-whole Harvey Dent, Bruce’s decisions on how hard he wants to party or mingle with his guests can lead to far-reaching consequences for the Wayne image. The climax happens during a verbal tête—tête with local mob boss Carmine Falcone. The ensuing exchange of words between the criminal godfather and Bruce Wayne is as exciting and tense as any battle with Batman’s most famous villains.

Batman by Telltale is the most original Batman story I’ve seen in a long time. Without relying on previous works in the Batman canon, Telltale has taken the core concepts of the Batman/Bruce Wayne character and shown a brave willingness to make something original. Whether it works or not depends to be seen over the course of the five-episode game the company plans on releasing, but from the opening look, Batman by Telltale is the Dark Knight story we need in this day and age.