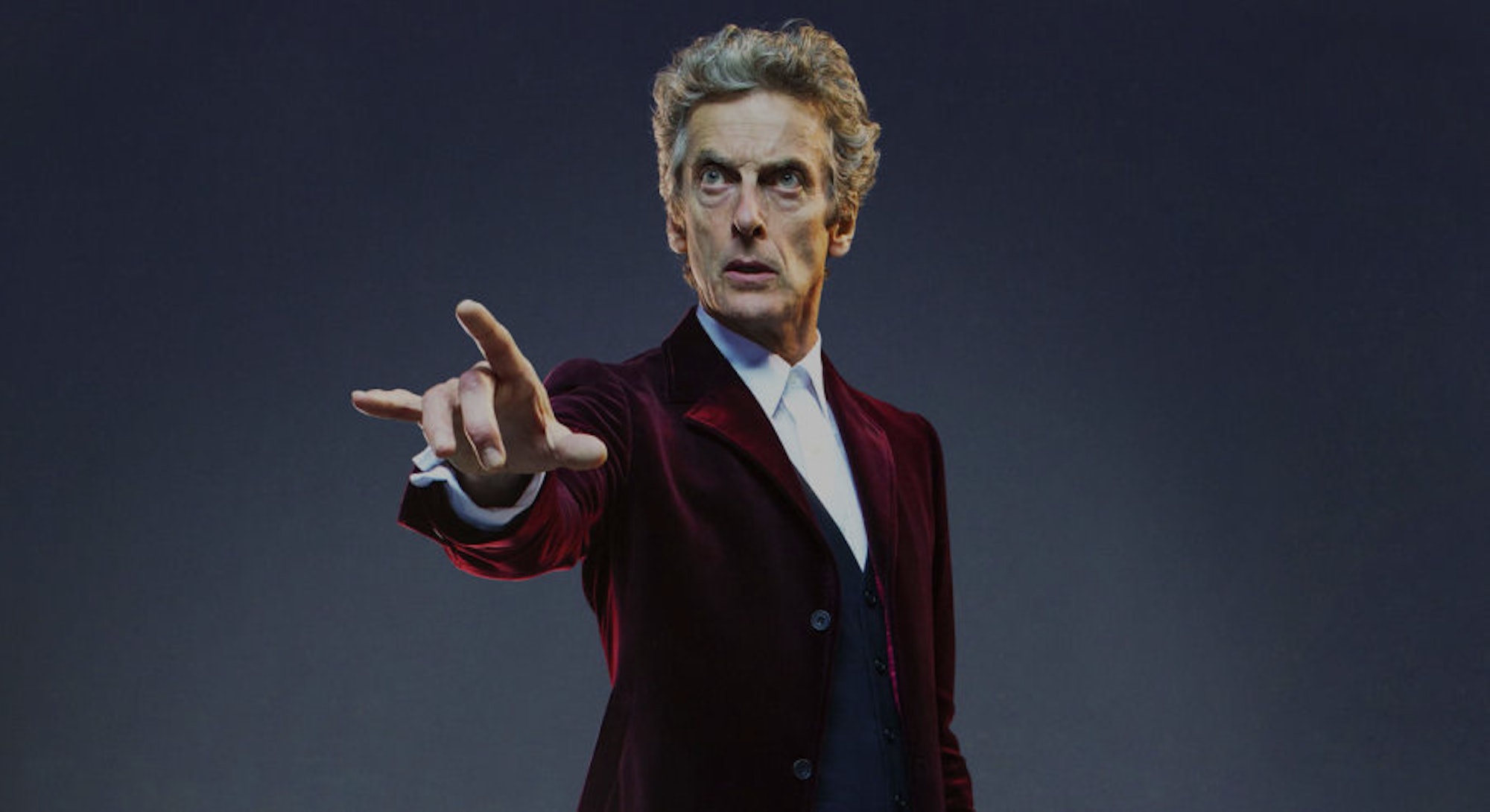 I’m not shy about telling people I’m pretty sure Doctor Who saved my life. Last year, I put out my first book – an essay collection – and at one point in it, I reveal that binge-watching pretty much all of Doctor Who, specifically the David Tennant era, saved me from depression. So now, for fans like me (please don’t say “Whovians”), 2016 has got to be the bleakest year in science fiction TV since… well, whenever you got into Doctor Who. Because the show is on its longest hiatus since 1989; and I’m in total withdrawal.

This isn’t because I think Doctor Who is better than every other sci-fi/fantasy TV show out there, but I will quote from a preface to 1976 book I happen to have right here on my person, called Doctor Who and The Loch Ness Monster, in which the infamous sci-fi curmudgeon Harlan Ellison slams a bunch of popular sci-fi including Star Wars, Star Trek, and Close Encounters and then ends by saying, “…the greatest science fiction series of all time is Doctor Who!” (It’s relevant to note here that Ellison is talking about Tom Baker’s version of the Doctor. Yeah, that’s the guy with the big scarf).

With Doctor Who missing from my life, a certain variety of nerd feelings have nowhere to go. Sure, I’m pretty jazzed about Pearl Mackie as Bill, the latest companion showing up at Christmastime. And recently, there have been some new tidbits dropped about which writers were returning and that somebody from Peaky Blinders is showing up, but whatever. None of this is enough. From 2005 through 2015, in some way, shape or form, there were a handful of new Doctor Who episodes aired. This year? I’ve still got nothing until the one Christmas episode at the end of the year.

Part of the reason why this year is so hard on me, in particular, is that Doctor Who provides the perfect vehicle for me to complain about things without any real risk of actually making anyone mad. In 2013, I was frustrated with Season 7 of the show, to the point that I ended up writing about why I was going to break up with Doctor Who. Obviously, I was full of shit, because right now I would take a terrible episode of Doctor Who over a supposedly good episode of pretty much anything else.

Remember in 2010 when the guy responsible for Love, Actually (Richard Curtis) wrote a the super-cornball episode “Vincent and the Doctor” in which Amy Pond (Karen Gillan) and the Doctor (at the time, Matt Smith) cry a lot and hang out with Vincent Van Gogh? Yeah. I would rather watch that on repeat right now than any other cool new show I’m supposed to be into. Seriously. Don’t tell me to go watch House of Cards Season 16 or catch up with how hot Uncle Buck is now. Fuck that. None of it’s going to satiate me. Instead, I think I’ll just watch last year’s awesome escape-the-room-that’s-really-a-creepy-castle episode “Heaven Sent,” until I too, feel as though I’ve been in a time-loop that lasts a billion years.

For me, in the great pantheon of purportedly relevant sci-fi and fantasy TV, the unique dominance of Doctor Who is found in its humor and flippancy. I mean, the character’s name is “the Doctor” and he travels through all of space and time in phone box that essentially has Narnia inside of it. He’s Mary Poppins mixed with James Bond with a dash of MacGuvyver. In last season’s premiere, the Doctor made his big entrance in the Dark Ages, riding a tank and playing electric guitar looking like an inter-dimensional Lou Reed.

But, this moment was not only awesome due to the intentional hilarious anachronisms caused by time-travel, but also because it also played as a dramatic moment, too. The audience was aware the Doctor was having a little bit of a life crisis and the sunglasses and guitar proved it. This is the shows biggest strength: the ability to be un-ironically goofy one moment and deadly serious the next. In an interview last year with with The Dinner Party Download incumbent Doctor Peter Capaldi said “What I love about it, is that it’s show that is able to explore profound philosophical ideas and also have guys in rubber monster suits. It’s got a B-Movie quality to it.” If a greater endorsement for why something should be an all-important personal religion could be made, I can’t think of one.

Capaldi went on to say that he’d initially — erroneously — believed that acting in Doctor Who would allow him to just bring his own childhood “playground” mentality to the role. But when he began, realized he was actually required to use his real “acting head,” and that was because, “sometimes it’s very funny and sometimes it’s very sad. But’s often within the same scene!”

This ability to switch back and forth between a childish sense of play, and legit drama is exactly why Doctor Who is so comforting and I do not believe any other science fiction or fantasy show can accomplish that. In fact, I’d say there isn’t another science fiction or fantasy show that would even try to do the insane tonal flips Doctor Who accomplishes. Watching Doctor Who makes you feel like you’re smarter, funnier and more in touch with social and philosophical issues than you really are. It’s a kind of nerdy mental placebo and I desperately miss it when it’s not around.

If all TV is a addiction, a thing which we consume in a compulsory fashion, then Doctor Who, to me anyway, is a rare variety of television that — through great hyperbole — actually presents life more as it is: a series of highs and lows.

I’m addicted to those highs and lows. And now I want my fix.