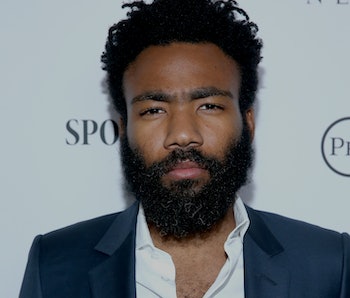 The Hollywood Reporter just broke the news that Community star and rapper Donald Glover will join the cast of Marvel’s upcoming Spider-Man: Homecoming.

While the role is undisclosed as of yet, speculation is running wild for the part the actor, comedian, and rapper could play. While the role of Peter Parker will be played by Tom Holland (Captain America: Civil War), many will want to see Glover cast as Miles Morales, the black Hispanic teenager who currently web-slings as Spider-Man in Marvel comics, alongside Peter Parker.

Glover has a unique history when it comes to Spider-Man movies. During the development of 2012’s The Amazing Spider-Man reboot, a vocal fanbase campaigned on the internet to give the role of Spider-Man to Glover. The actor even embraced the campaign, and the Twitter hashtag #DonaldGloverSpiderMan that helped spread it. Ultimately, the role of Peter Parker went to Andrew Garfield. Donald Glover did, however, voice a version of Mile Morales in the Disney XD animated series, Ultimate Spider-Man.

It’s unclear what comic book narrative Spider-Man: Homecoming will follow when it hits the theaters in 2017. Recently, there was some backlash to the news that white actor Michael Barbieri will portray a character based on the Korean-American Ganke Lee from Morales’s Ultimate Spider-Man comic. While the news arrived during harsh speculation of white-washing Asian characters in Western films, it also reveals that a prominent character from the Miles Morales Spider-Man comic will be joining Homecoming, throwing the continuity of the film into question.

If Marvel plans to fold the Miles Morales’s Ultimate storyline into Homecoming, there might be a chance that Donald Glover plays some variation of the heroic character in the film. Glover will join actors Marisa Tomei as Aunt May, Michael Keaton as the film’s villain, and Robert Downey Jr.’s Tony Stark in Spider-Man: Homecoming.