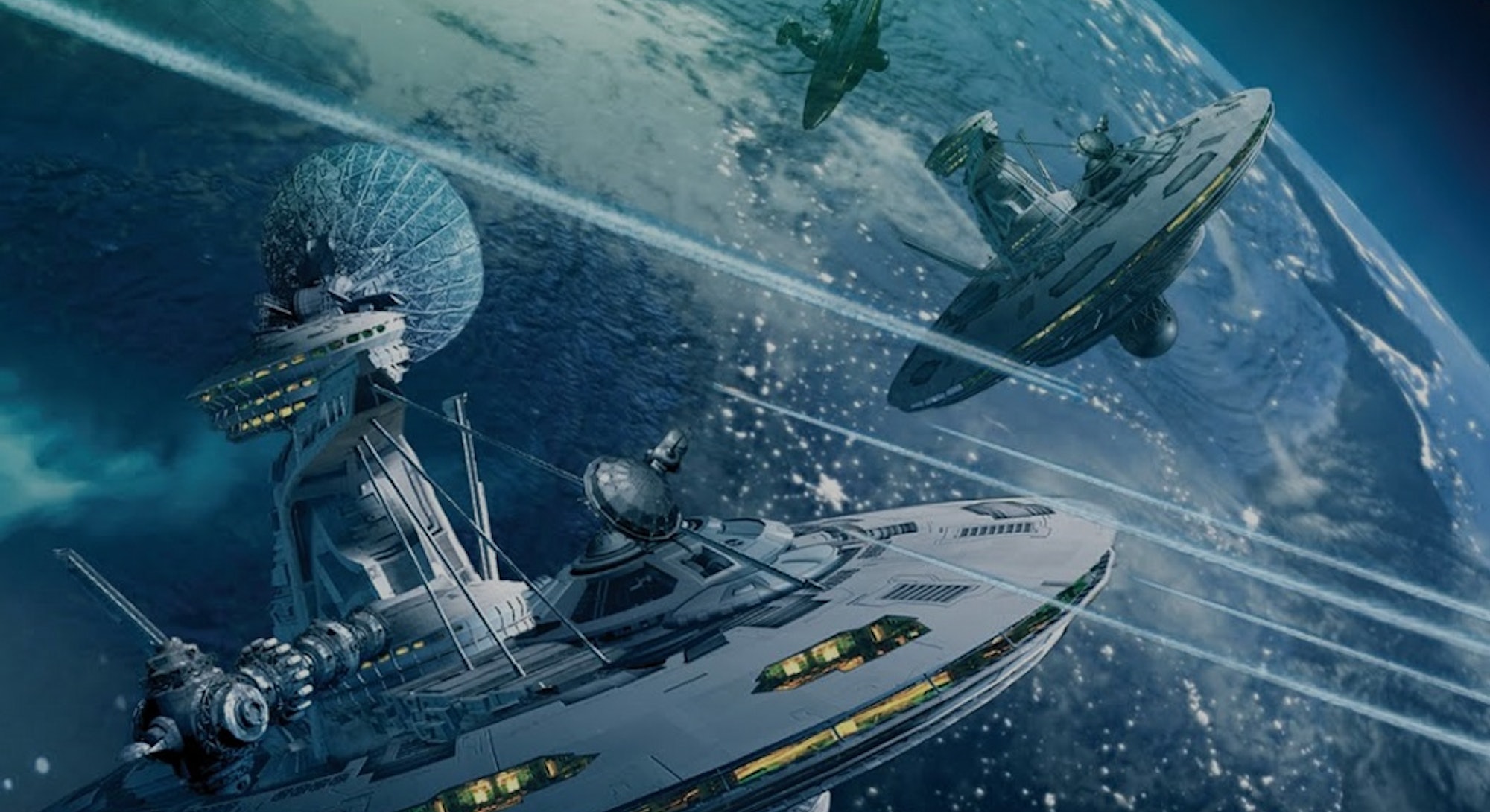 Ask the average person-on-the-street what science fiction is all about and most will probably mention robots, lasers and spaceships. Star Trek and Star Wars will invariably come up. Simply put, TV and film will be the majority of the conversation. And yet, the vibrant relevance of science fiction (and fantasy) is its risky ability to be a barometer of cutting-edge sociopolitical change, and for the most part, this is exclusively found in print, within short stories and novels that only niche audiences read. But why?

For the most part, critics have had little impact on the success or perception of science fiction. Seth Dickinson, the bestselling author of the science fiction novel The Traitor Baru Cormorant, told Inverse “there’s a real aversion to using stereotypical English-degree critical techniques on nerd media… and I think that stops a lot of cool conversations from happening.”

A person who has never gone to art school is probably vaguely aware that Picasso is a “genius,” even if she doesn’t know why. This same hypothetical person is probably not aware that Philip K. Dick is the author of the short story “The Minority Report,” upon which the film and TV show of the same name is based. While you can make an argument that the Spielberg film Minority Report is watchable, it certainly doesn’t approach the subtly of the Dick story, while the recent TV version of Minority Report is a cheesy police procedural.

Critic Sam J. Lundwall predicted as much in his 1971 non-fiction book Science Fiction: What It’s All About, where he wrote “…the unflagging search for lowest common denominator in science fiction entertainment has been the time-honored privilege of the TV industry, which, in this respect, has scored beautiful hits in bad judgment and extraordinarily low quality.”

“Film and television science fiction certainly have a long way to go in terms of political awareness,” Sam J. Miller says. He’s the author of an array of critically acclaimed short stories, including the recent story “Things With Beards,” which was just published by Clarkesword. A direct sequel to John Carpenters 1982 film The Thing, the short story not only asserts the characters MacReady and Childs as monstrous “things” but more importantly, gay men. Using science fiction to comment on the plight of oppressed or marginalized people is a proud tradition, but what’s telling here is that Miller plucks cinematic characters from an iconic horror/sci-fi film and inserts them into prose.

To be clear, Miller always intended this as a short story. But, of course, a short film-sequel version of this story could be made in theory, but it would be harder to fund, and thus, less likely to the see the light of day.

“Money makes people conservative; huge amounts of money make people downright cowardly,” Miller added. “If a network or studio is going to put up a ton of money for an expensive SF project with big name actors and cutting-edge special effects, they’re going to try to play it as safe as possible… whereas with print SF, the cost to produce and distribute is so much smaller that writers and publishers can afford to tell the truth, represent human reality in all its complexity, without being so worried about angering white supremacists or misogynists or homophobes.”

One of the more progressive and interesting science fiction TV shows on right now is The Expanse, which unsurprisingly is based on a series of novels (starting with 2011’s Leviathan Wakes). The book series is written by two writers, Daniel Abraham and Ty Franck, who go by the pen name James S.A. Corey.

With a racially diverse cast of characters, and compelling political commentary, the TV show version of the The Expanse retains the vast majority of the intelligence from the source material. Still, Daniel Abraham believes that these days, the the differences between screen sci-fi and print sci-fi is largely structural.

“Asking why TV and movies are so often behind print SF when it comes to political awareness is kind of like asking why an aircraft carrier doesn’t corner as well as jet skis,” he said. “It’s too damned big… TV shows and films are behemoths that command a much larger audience, reach orders of magnitude more people, and are the products of creative negotiation and compromise among working artists with different – sometimes opposing – political opinions. One is built to break new territory. One is built to reflect, popularize, and reinforce social changes that are already underway.”

So, part of the reason why some of the most groundbreaking science fiction isn’t either created for or adapted into film or television is because TV and film tend to be slow with what can pass for mass consumption. This has the effect of making print science fiction seem like it’s literally ahead of its time, even though print sci-fi is a little bumble bee in a race with a glacier.

This is true of “classic” novels like Ursula K. Le Guin’s The Left Hand of Darkness (1969) or contemporary books like Ann Leckie’s Ancillary Justice( 2013). Both of these novels explore and challenge notions of gender in far-future and non-terrestrial settings. In Le Guin’s case, you’ve got a planet called Winter populated by people who can and do switch their genders. To push us into thinking about gender differently, Le Guin uses all male pronouns. In Leckie’s contemporary Ancillary series – where non-gendered people are frequently plugged into the consciousness of living starships – the author uses all female pronouns. And though Leckie declined to comment for this article, it’s no surprise that she expressed cautious optimism back in 2014 when her novels were optioned by Fabrick and Fox Studios for a possible television series.

At that time, the critically acclaimed author worried about “whitewashing” and specifically mentioned that whitewashing occurred when Le Guin’s A Wizard of Earthsea was adapted for TV. Clearly, she was concerned it might happen to her books, too.

Jemisin is the author of a fantasy series called “The Inheritance Trilogy” but more recently, a science fiction series called “The Broken Earth Trilogy.” The first installment in this series The Fifth Season — imagines a planet with one super-continent, which forces the reader to think about implications of our own global culture and climate change in fantastically dynamic ways. Like Jemisin’s other writing, The Fifth Season is not only politically interesting, but also mindbogglingly, creative. The fantasy (or sci-fi) elements aren’t just a comment on something happening in our world, they are believable elements of the world which Jemisin effectively weaves.

In his exceedingly popular novel Slaughterhouse-Five, Kurt Vonnegut imagines that a few veterans of World War II got into science fiction almost as a kind of therapy: “…they were trying to reinvent themselves and their universe. Science fiction was a big help.” The trauma of being a person in the world is of course, not limited to vetrans of WWII, so it makes sense that all kinds of authors would try to similarly reinvent themselves and their universe.

Reading novels from N.K Jemisin or Ann Leckie, or stories from Sam J. Miller might help us re-contextualize our own reality through the awesome imaginative push of science fiction’s true intellectual potential. TV and film science fiction might continue to lag behind, though there are encouraging signs it’s catching up, that the little bumble bee has a laser on it’s head and is melting that sluggish glacier.

Of course, even within the confines of print science fiction, there are huge quality and intellectual gaps. In his essay ”Science Fiction: A Hopeless Case – With Exceptions” famed Solaris author Stanislaw Lem jabs that “…there are many fans of science fiction [books] who have never read [Olaf] Staplteon or [H.G.] Wells in their lives,” meaning, basically, Lem thinks that dummies are everywhere, even among the reading fans of a supposedly super-imaginative genre. But print is still light years ahead of what’s on screen.