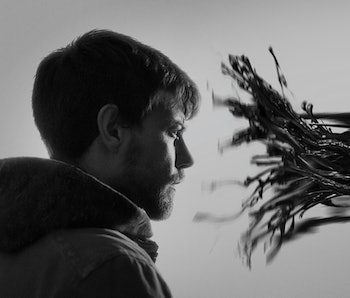 Robert Kirkman was responsible for one of the biggest pop-culture phenomena in recent memory when his comic book series, The Walking Dead, was adapted for television by AMC. It’s been six years since the premiere of the first episode of that zombie drama, and now Kirkman is ready to scare viewers with a whole new horror show, Outcast.

Rather than zombies, Kirkman’s new series focuses on a series of demonic possessions that have taken over the small town of Rome, West Virginia. These hauntings seem to have coincided with the return of Rome native and reluctant exorcist, Kyle Barnes (Patrick Fugit). Barnes’ return to his hometown is shrouded by the dark past of his own family’s personal encounters with demonic possession.

Both shows share Kirkman’s signature touch of character-driven plot and compelling world building. The cast feels organic and right at home in this sleepy coal town. But Outcast’s pilot, which premiered last weekend, seems almost anti-Walking Dead in many ways. When Inverse caught up with the Outcast team, Kirkman revealed that these differences were intentional, as a way of doing something different from The Walking Dead which Kirkman has labored on for many years.

Throughout the course of several seasons, The Walking Dead has evolved from a character-driven story about survival, to this immensely large world of stories, stories that often climax in killing floor spectacles where their favorite characters line up for the execution block. Outcast by contrast is looking inwards, at safe spaces of domesticity. From the opening shots of a child’s bedroom, to the rotting insides of the Barnes home, Outcast contains all the evils of its world in inside spaces.

“In a lot of ways, the world and the threat is the inverse of The Walking Dead, where The Walking Dead you walk out your house and into this post-apocalyptic environment,” showrunner Chris Black explained. “In [Outcast], it’s flipped, to where you walk down the street and everything appears normal and safe. The threat lies inside those dark houses, behind drawn curtains”

It’s not just the exorcism that separates Kirkman’s new show from The Walking Dead. Over the course of the conversation with Kirkman and Black. As well as the cast which includes Fugit, Wrenn Schmidt, Philip Glenister, Reg E. Cathey, and Kate Lyn Sheil as the many inhabitants of Rome; the show begins to gain a focus on a singular tragedy that’s befallen the town’s citizens, and less about the demons that begins to invade Rome.

“I think that small town settings are amazing… this is a story where people are becoming not themselves,” Kirkman said. “And to be in a region where everybody knows everybody’s secrets, and everybody knows exactly what everybody is doing in their day-to-day lives, it makes things that much more interesting if Jim the gas station attendant becomes a completely different person. Every single person in the town notices.”

When The Walking Dead began, the show felt very much anchored in Rick Grimes’ journey to reunite with his family. As the show continued, and the cast ballooned, the central Grimes family narrative almost feels like it’s fallen by the wayside in favor of the world at large. By contrast, Outcast wouldn’t exist without the family tragedy that’s befallen Kyle Barnes, whom the show is referencing its title. Kyle is the outcast of his community and family, and the uncertainty surrounding his sanity has great impact on the people he loves and cares about.

“I think similar to what we did with The Walking Dead, I think there is a lot of room to explore in the exorcism genre,” Kirkman said. “I think there’s a lot nooks and crannies that just never had any light shined on them. And I think there’s a real opportunity here, with Outcast, to look at exorcism in a completely different way.”

Most of the cast mentions this, but they’re right when they say Outcast feels more like a family drama than a traditional horror show. It turns out that demonic possession is an apt metaphor for the past traumas that often haunt families. The literal demons become interchangeable with the metaphorical ones in Rome, as its citizens and inhabitants deal with the fallout of their loved ones becoming consumed by unholy forces. Much like how George Romero created zombies as metaphors for insidious forces in our society in his classic film Dawn of the Dead, Kirkman has cleverly turned demonic possession from a horror genre staple into something far more intimate and terrifying.

“What the threat of [demons] is intimately entangled with the personality and the emotion of the character that they possess,” Black said. “So it makes it, I think, more challenging to write. Because it’s not a generic threat, it’s a specific threat…more personal.”

The care and attention that went into secluding Kyle Barnes, and the town of Rome from the rest of the world is purposeful. The town is alive, but slowly dying, and the people are suffering as a result. The ambiguity of whether or not the people of Rome are being divinely punished for a collective misdeed, or if they were all simply unlucky ties in beautifully with the themes of possession as personal trauma. With Outcast, Kirkman has crafted an elegant metaphor that bridges together his love of character-driven drama with the horrors of everyday life, only in a Kirkman twist, these horrors double as unholy demons.

Outcast airs every Friday on Cinemax.