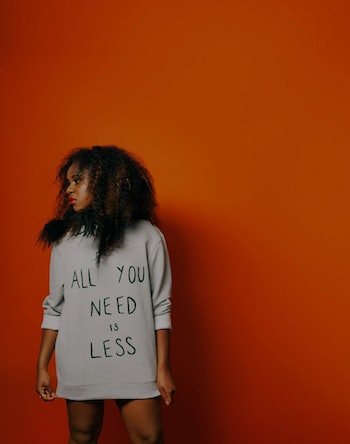 As with the majority of music these days – especially with R&B and rap – album release dates are hush-hush until days before, or the day of. An artist who made this move a trend is an artist who’s roots are in R&B: Beyoncé.

There’s a handful of new R&B albums that are definitely coming this summer (Maxwell’s blackSUMMERSnight, Fantasia’s The Definition Of…, Nao’s For All We Know) and then those rumored to drop (SZA’s Z follow-up and Alicia Keys’ Girl On Fire follow-up). Here’s a list of what we can look forward to in R&B this summer, if even in our dreams.

Three years after the release of Better, Chrisette Michele is switching it up and is going to be “a bit selfish.” “The same songs that I listen to on my iPod or that I dance to when I go out, I’m gonna write and sing those songs,” she claims. The release of her new album Milestone is right around the corner, but has a moving single, “To The Moon” to hold us over.

Maxwells blackSUMMERSnight is one of the most awaited R&B albums, period. It’s the legendary singer’s first album in seven years. Not to be confused with 2009’s BLACKsummersnight, the follow up was intended to release in 2012, but was pushed back after the artist suffered vocal problems. His smooth first single “Lake By the Ocean” is about “falling in love after a very tough trial period in life and finding contentment in the smallest things.” Ladies have their panties ready to throw.

Michael Kiwanuka first caught the attention of critics and fans with his 2012 album Home Again. The London singer-songwriter/guitarist’s voice is reminiscent of legendary soul singers. Going off the title track and single “One More Night, it’s safe to say Kiwanuka’s upcoming album Love & Hate will do as Home Again* did: It’ll transport you to another era, through a range of genres (from soul to rock) and guided by his smoky, tender vocals.

Fantasia — The Definition Of…

Fantasia has been releasing some incredible singles lately, and they’ve gone mostly unappreciated. Her singles range in genre, from country to R&B, and all do more than justice to Fantasia’s incredible vocals. Her latest single, “Sleeping with the One I Love”, is soulful and drenched in emotion. Compare “Sleeping with the One I Love” with her country single, “Ugly,” is to preview the mix of sounds The Definition Of… will offer, which is refreshing.

Nao — For All We Know

Nao is a promising, new alternative R&B singer from the UK. Her falsetto is one to be jealous of, and she flexes it zealously in her latest single, “Girlfriend.” She also knows how to blend neb-soul and 90s R&B/pop seamlessly. For All We Know will be Nao’s major album debut, under Tokyo/RCA.

Notable mentions, without release dates, are some big names, including SZA, Chris Brown, Usher, and Alicia Keys. They’re currently working on new albums rumored to be released this year. Seeing that Alicia Keys, SZA, and Chris Brown have released new music recently, it wouldn’t be a stretch if their albums debut this summer.

Out of those mentioned above, Alicia Keys and Usher may be the artists who could debut their albums exclusively on Tidal, seeing as they’re co-owners of the company (and Keys randomly quoted Nietszche during the company’s conference back in 2015).