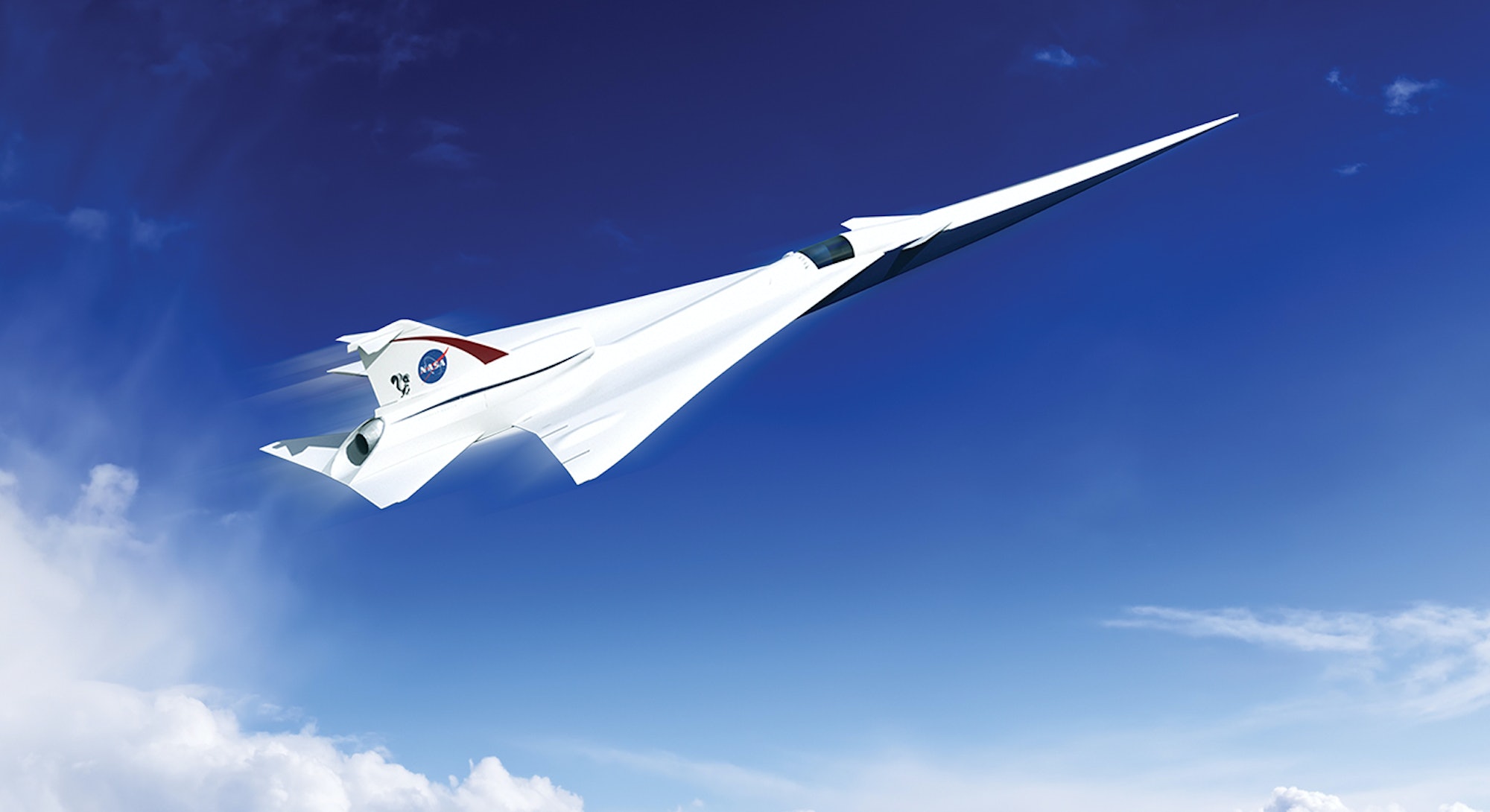 NASA is working to get your next long-distance flight up to speed. Supersonic speed, that is. Today, the space agency invited a group of onlookers to its Armstrong Flight Research Center in Edwards, California, to experience the different degrees of boom first-hand. Armstrong Center Director David McBride said that today’s demonstration was about “getting community responses to see how they feel or perceive the sonic boom.”

NASA hopes that its QueSST X-Plane’s sonic boom will only be around 75 dB, or about the sound of a toilet’s flush. Current sonic booms, depending on the distance at which they originate, can exceed 200 dB — more than enough to kill somebody close to it, but more likely to cause hearing damage for people on the ground, where an unmitigated boom is louder than 100 dB.

That discomfort is what NASA is trying to avoid with its QueSST plane. If the engineers can design a plane such that its aerodynamics reduce the boom’s decibel level, then we’ll be able to fly across the country — over cities and towns — at supersonic speeds. For now, we cannot: already airports generate an uncomfortable amount of noise for nearby residents, and the addition of countless daily supersonic flights and audible explosions would be too much to handle. But if we’re looking to trim hours off coast-to-coast travel, we need to reduce the boom’s intensity.

The Armstrong team broadcast the demonstration on Facebook Live. The pilot doled out four sonic booms in gradual succession. For each successive demonstration, the pilot flew farther and farther away. Sound waves, compared to light waves, travel relatively slow, and the farther away you are, the less intense the resultant sound. Each ensuing demonstration, then, was meant to reproduce the sonic boom, but at a lower decibel count — with the last demonstration exemplifying what NASA wants to achieve: 75 dB.

The first boom, at 104 dB, sounded like nearby fireworks. It was shocking, even over the internet. One onlooker said that it “sounds like gunshots,” which another pointed out is also a sonic boom. Most agreed that if they were to hear that boom while at home, they’d be unsettled.

The second boom was far quieter: 87 dB. This one sounded like two distant cannons: still disquieting, but a bit more manageable. The audience, when polled, still did not think it would be acceptable. The third boom sounded even more muffled, much like thunder, which was encouraging. It measured in at 84 dB. The final run measured in at 77.5 dB — just over the target — which attendees reported was tolerable. A few onlookers said that if they heard it from within their own homes, they may not even think twice.

If NASA can get its X-Plane down to below 75 dB, as it believes, then we’ll be ever-nearer to commercial, supersonic travel. And then the world will feel even smaller than it already seems.