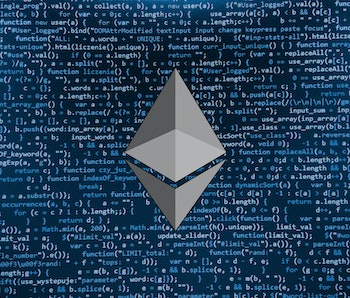 Ethereum, a cryptocurrency launched in summer of 2015, has quickly become the second most valuable digital coinage with a market capitalization of $883 million. The unique appeal of Ethereum is the versatility of its blockchain, the public code that keeps a record of all trades. While Bitcoin’s blockchain only tallies trades, Ethereum’s code allows programmers to do just about anything, creating essentially a new, blockchain-based internet. The most ambitious project leveraging this technology is currently the Decentralized Autonomous Organization, an Ethereum investment fund that runs like Kickstarter but with more emphasis on democratic governance and complete indifference towards humans (robots welcome). The idea of the DAO was met with tremendous enthusiasm when it launched and some $150 million in Ether contributions were made to organizations in less than a month. However, the service’s momentum has hit turbulence on days after opening to the public. Experts claim there are security and governance flaws baked into the system.

The appeal of the DAO is that it creates decentralized governance models, allowing for a form of direct democracy and taking the power of currency management out of the hands of national governments and banks. The ultimate goal of the project remains decentralizing investing by creating user-managed funds: Those who had purchased ether in the fund would be able to vote on investment proposals, eliminating most of the need for hedge funders. The model, though credited with attracting more capital than any crowdfunding effort in digital history, immediately came under strain, as a few leaders of the system proposed suspending all investments until a few corrections to the underlying rule structure could be made.

The issues are being raised the so-called “curators,” the people responsible for maintaining the security of the blockchain. Despite the emphasis the DAO puts on decentralization, these guardians have requested a vote on a rule change that would empower them to reject any new investment proposal until a series of errors they identified have been fixed. What they’ve noticed is a problem with how votes on investment proposals are processed. As it stands, DAO users are able to buy or sell their currency whenever they’d like, unless they have recently participated in a vote. Voting in an investment proposal entails forfeiting one’s right to leave the DAO until the option passes or fails. The curators believe this requirement discourages those who oppose a measure to vote ‘no,’ because doing so would prevent them from leaving the market before it is accepted.

Essentially, the DAO is set up to facilitate democracy in a way that disincentivizes democratic engagement.

The curators who identified the problem have deemed it the “affirmative bias.” They claim that by reducing the incentive to vote “no,” the DAO will suffer from a greater proportion of successful proposals than if users could vote “no” and still leave the fund before the vote closed. The affirmative bias could doom the entire project by encouraging proposals that would not otherwise be approved. The process of fixing the affirmative bias would require the curators to develop an entire new system to run the DAO, slowing down its otherwise lightning fast rollout, but the curators insist it is necessary.

The team that spotted the affirmative bias have also noted six additional flaws in the network. One issue, called the Stalking Attack, relates to how users can exit the DAO. The system is supposed to allow anyone in the DAO to split their contract off from the group and create a smaller portfolio on their own. But the curators have discovered that the method currently in place to allow users to split off permits a “stalker” to jump into a new portfolio and potentially have near complete control of the new fund. Since the declaration to split off must be made publicly and looks like a normal investment proposal, anyone in the DAO network is able to vote and join it, leaving a small user vulnerable to conquest by a larger owner.

Voting on the moratorium has already opened, and DAO members appear to be favoring the proposal. As of Monday morning, more than 7.5 million votes had been cast, with about 87 percent favoring the moratorium. The proposal, which amounts to a shutting down of the fund indefinitely, also requires that at least 20 percent of the total DAO population vote in favor before approval can succeed.