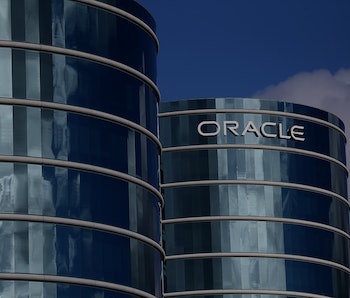 If you’ve been following the polarizing Google versus Oracle lawsuit that’s been in the news the last few weeks, you know that yesterday a jury ruled in favor of Google, meaning Oracle won’t get that $9 billion it was seeking for Google’s controversial use of Oracle’s Java APIs — for now.

This was already the second go-round for this lawsuit; Oracle first sued Google several years ago, and while the suit initially went in Google’s favor, the decision was later overturned in appeal, which is why you’re reading about this all again now. Despite a second victory for Google, the same thing could happen again. There’s nothing stopping Oracle from taking the case to the Federal Circuit Appeals Court, and the company’s already said that’s what it plans to do.

As Ars Technica explains, the Appeals Court often takes the side of patent-protection in cases like these, and it’s certainly not inconceivable that they’d rule in Oracle’s favor, just like they did last time. Meaning we could find ourselves back here in just a few short years, having this conversation again.

“Google developed Android by illegally copying core Java technology to rush into the mobile device market,” said Oracle General Counsel Dorian Daley in a statement after the Thursday ruling. “There are numerous grounds for appeal.”

The first retrial was ordered in 2014, when the appeals court overturned a jury’s initial finding that Oracle’s Java APIs were not patent-protected, and therefore Google had the right to use it– and apparently will continue to ask for it.

“Each judgment at the district court level can be appealed,” explained University of Pennsylvania intellectual property law professor R. Polk Wagner by email. “In some cases, there will be many appeals — the District Court will issue a judgement, which will be appealed, and the appeals court will revise/change/set aside the judgment, the case will return to the District Court for further proceedings, another judgement will be issued, and then appealed, etc.”

The case could potentially move all the way up to the U.S. Supreme Court.