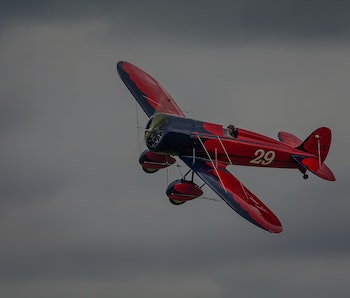 “Within twenty years there will be far more airplanes in the air than we have cars on the ground now. There will be a great exodus from the city to the country, not a movement back to the farm, but, most likely, a movement back to the home. Inaccessible and practically valueless plots in the most out of the way places will bring high prices for house building sites, because hills and mountain tops will be more accessible than the valleys.” - Hugo Gernsback, 1927

Hugo Gernsback loved to offer his thoughts on the future. He became famous for it largely on the strength — or, arguably, the memorability — of a 1927 essay in Science and Invention. Called “Twenty Years Hence,” the piece was made up of Gernsback’s musings about everything from air conditioning to agriculture and what the world would look like in 1947. The suffering and innovation that emerged from WWII made most, but not all, of Gernsback’s ideas seem foolish before their expiration dates.

The one that still seems reasonable is the prediction that airplanes would allow for greater mobility, letting people move away from cities. Today, it’s hard to look up without seeing a plane, but personal aviation is a niche industry.

First, a little context. This article was published in the September issue of Science and Invention, just a few months after Charles Lindbergh’s historic flight from New York to Paris. Planes were all the rage. They were daring and exciting and showing commercial potential. Not even twenty years after the first passenger flight, airports were cropping up and passengers were being flown across states, countries, and oceans. It was, to understate things a bit, a very exciting time.

If there’s one thing we know about revolution, though, it’s that it obscures the view of progress. When we see revolutionary technologies, we often forget about cultural and physical contexts. Limitations, pitfalls, hangups, and irresolvable infrastructure problems have a tendency to limit the mass adoption of just about anything. As Gernsback looked at the plane, he saw a sort of speed and convenience humans had never known.

It’s also worth noting, though, that 1927 was still early days for cars. Not even 10 years after the Model T, 1927 saw the Model A and a smattering of other cars, but it’s not as if automobiles were the common occurrence they are now — not by a long shot. To Gernsback, airplanes must’ve seemed faster, more exciting, more convenient and much more futuristic. It’s not surprising that he thought we’d all be jet setting from the city to the country. Why take the road when you can fly?

That’s not really how it panned out, though.

Gernsback was right that planes would make previously inaccessible places easier and faster to reach and that some people would relocate accordingly. There are certainly people who live in secluded places because air travel allows them the flexibility to get essential supplies without being close to supply lines. But those people are unusual, and they do not collectively constitute a “great exodus.” In fact, a great many more people granted themselves the freedom to move away from urban areas because of the car. But they didn’t move very far. Convenience, it turns out, isn’t just a matter of hasty transit.

Cities have their advantages. Population density usually means great food, great art, great variety, and a total shortage of boredom. Cities have a lot of people for a reason — it’s not just because they can’t get out.

Another key factor to consider here is what was going on in New York City as Gernsback was making these predictions: The population was ballooning. Between 1900 and 1930, the population of New York skyrocketed from 3.5 million to nearly 7 million. It was more crowded than ever before, and that kind of astronomical population increase puts a strain on … well, pretty much everything. Gernsback was likely witnessing the effects of this population boom, and that likely informed some of his predictions that we’d all want to get the hell out.

Maybe if New York hadn’t found a way to make people want to come and stay in droves, we’d be flying back and forth from the city to the country much more frequently. Maybe if air travel wasn’t still expensive and pretty damn annoying, we’d be taking airplanes even for relatively short jaunts. Maybe if people didn’t enjoy the autonomy and freedom that automobiles tend to provide, we’d be relying on airplanes instead of our own four wheels. Maybe in an alternate future.