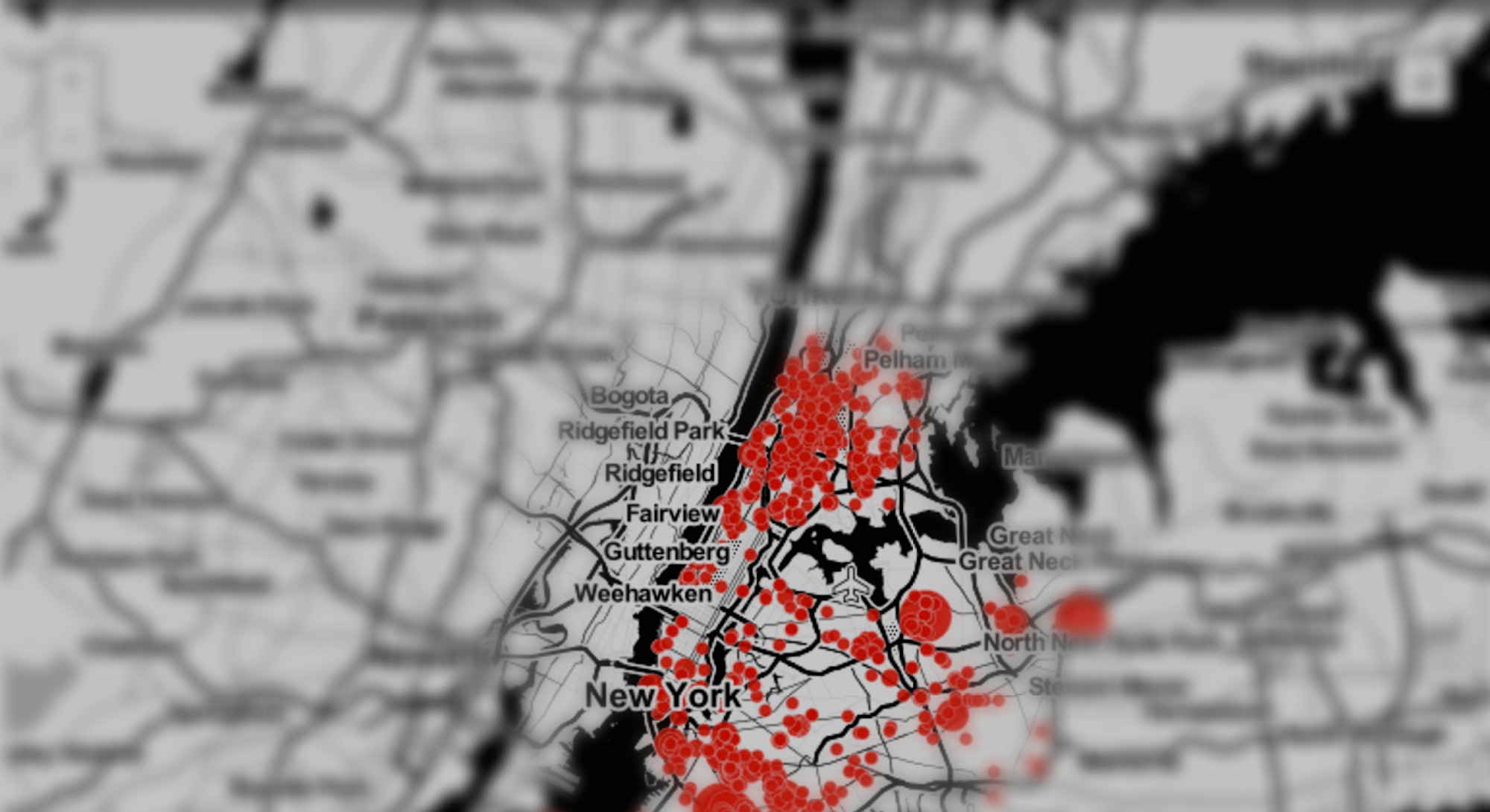 Nobody likes a parking ticket, but most of the time they’re legit. You let the meter run down or thought you could get away with running into the store without dropping a quarter to the city — but got caught. In New York City, ten million parking tickets are issued every year, worth hundreds of millions of dollars in revenue for the city. But a lot of it comes from illegal parking tickets.

Thanks to a surreptitious 2009 change in traffic laws, it’s now legal to park in front of pedestrian ramps not connected to crosswalks in New York, but according to a big data analysis at the blog I Quant NY, police officers have still been issuing tickets, with some individual spots racking up fees worth $50,000 over just more than two years.

Ben Wellington, a visiting computer science professor at the Pratt Institute in Brooklyn and big data analyst, reached out to the NYPD to try to gain access to parking ticket data, and to his surprise the often reclusive law enforcement agency granted the request. The huge dataset allowed Wellington to investigate instances where parking tickets piled up at the same address, and, as he predicted, those spots are almost always in front of pedestrian ramps not connected to crosswalks.

At the high end, pedestrian ramps like the one at 575 Ocean Avenue in Brooklyn were bringing into the city more than $45,000 every year. These spots tended to cluster in the same precincts, which had presumably not learned of or trained their officers about the 2009 law change.

To get a sense of the overall scope of the issue, Wellington mapped every spot in the city that was the scene of five or more parking spots. In a random sampling of 30 of these spots, he found they were all linked to pedestrian ramps without crosswalks. Extrapolating this high rate of illegal ticketing across the city, Wellington figures that the city has been issuing $1.7 million in false parking tickets every year.

So what happened when Wellington brought the illegal ticketing to the attention of the NYPD? Well, after a few weeks, he received an impressive letter telling him that the NYPD would see to an end to these illegal citations, promising new training and oversight for high-volume precincts.

The department’s internal analysis found that patrol officers who are unfamiliar with the change have observed vehicles parked in front of pedestrian ramps and issued a summons in error. When the rule changed in 2009 to allow for certain pedestrian ramps to be blocked by parked vehicles, the department focused training on traffic agents, who write the majority of summonses.

Yet, the majority of summonses written for this code violation were written by police officers. As a result, the department sent a training message to all officers clarifying the rule change and has communicated to commanders of precincts with the highest number of summonses, informing them of the issues within their command.

That’s a pretty efficient way to save drivers in New York a couple million dollars that is rightfully theirs. And Wellington more than anyone is willing to declare his mission a success, not just for himself, but for big data overall.

I was speechless. THIS is what the future of government could look like one day. THIS is what Open Data is all about. THIS was coming from the NYPD, who is not generally celebrated for its transparency, and yet it’s the most open and honest response I have received from any New York City agency to date. Imagine a city where all agencies embrace this sort of analysis instead of deflect and hide from it.

It’s a great story and an impressive accomplishment, even for a guy who has already exposed a bug in NY Taxi software and made the city repaint some hydrant parking spots to avoid confusion. He got good data and made something useful out of it. THAT is pretty cool.