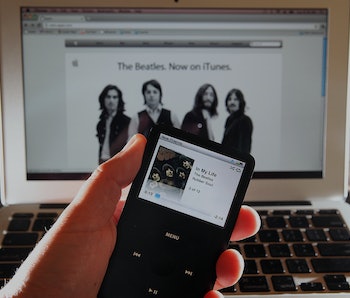 What’s going on with Apple? Digital Music News reports that Apple is allegedly planning to terminate music downloads on the iTunes Store and are considering to do so “aggressively” in the next 2-4 years. The conversation is “not if, but when” will they do away with music downloads.

Sources tell Digital Music that even if it may not happen in two years, it definitely will happen, with an executive saying, “keeping [iTunes music downloads] running forever isn’t really on the table anymore.”

It sounds like they’re trying to get ahead of the game, as they think downloads will be irrelevant as streaming takes over the industry. While it feels like streaming initiatives and events are multiplying by the day, it’s crazy to believe that MP3s will be done with, seeing as they are the heart of iTunes.

The debate lies on music downloads accounting for millions of Apple’s revenue. Mark Mulligan, music industry analyst says “iTunes music downloads will still be worth an estimated $600 million in 2019, though that is down from peak revenues from $3.9 billion in 2012.”

“If he were alive, Jobs would have killed it,” another source tells Digital Music News of the initiative.

Another crazy thing is while Apple reportedly focuses on abandoning music downloads, they seem to be ignoring a popular, growing platform as podcasts. As advertisers set their eyes on audio radio shows, Financial Review points out that Apple doesnt seem to care even though they essentially birthed podcasts. Apple says they’re working to provide information to podcasters that they need to grow their audience, but podcasters say otherwise. Podcasters believe that with that info Apple may see themselves up against a competitor.