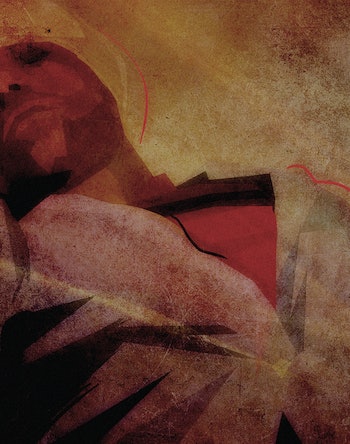 There’s an elephant in every room Ira Pastor enters. And a specter. He hopes the one will trample the other. The CEO of Bioquark, a biotech firm spearheading a new U.S.-approved “death reversal” project, wants to resurrect the dead.

Pastor believes that brain-dead individuals, considered legally dead in America, are — to borrow a phrase — only mostly dead. Brain death, he says, is a curable illness. The Reanima Project, which is slated to begin recruiting brain-dead “participants” in Indian ICUs this month under the supervision of study leader Dr. Himanshu Bansal of Revita Life Sciences, is the search for the cure. Using existing medical techniques to induce nervous system regeneration, researchers will attempt to restore consciousness.

Pastor understands that his work will, if it leads to results, also lead to a conversation about the nature of life and death and the degree to which humans wish to blur that line. But he also understands his work to be a medical intervention, less of a way to create zombies and more of a way to restore loved ones to their families. Pastor talked to Inverse about the science of brain resurrection, the cost of recruiting corpses, and, of course, waking up the dead.

The premise of your current project is that we can restore brain cells in dead brains. Can we also restore body function?

The current focus of the project is applying the same principles that we learn about in in all of the epimorphic regenerating systems: Lower organisms can do this with spinal cords, eyeballs, parts of the heart, and brain. There’s plenty of information in the literature. You can blow the brain of a salamander apart. It reforms. You can cut the brain of a planarian out entirely. It comes back. There’s a lot of examples in nature on complex central nervous system regeneration.

We’re not saying that in a couple weeks we’re going to have that outcome. But what we are looking at is how we can begin to look at the higher central nervous system. At the point of death, everything below the brain stem, which is technically unsupported, is still alive and quite functional and capable of doing stuff if properly supported.

Is it possible to recreate this in humans?

We’re not claiming that after this first study that we are going to have complete reanimation events, but we’re using the concept in this model of research to begin to explore these dynamics in humans.

What’s the dream here? What’s the best possible result? Are you laser focused on restoring consciousness or are you looking at other potential outcomes as well?

Moving somebody from brain death all the way to the minimally conscious state and out of it might not happen in the very short term, but even the transition from irreversible to a deep coma state would be a major win.

We’re going to go a long way. I can’t put a time frame on it, but I do believe that any knowledge that trickles out of this in the short term will be applicable to a wealth of disorders of consciousness research and also to any degenerative chronic disease of the central nervous system. I think we have a lot to learn there and I think this is much more than just some initial studying of regenesis in brain-dead subjects. There’s a lot that can spin out of this.

Can you explain how your research might shed light on disorders of consciousness? What could it tell us about being in a coma, for example?

These are all parts of the continuum of central nervous system degeneration and the path of degeneration and death that typically occurs in various pathologies. Anything that we can learn about regenerative events in the brain stem and into the higher brain, we think will be directly applicable to the dynamics in those particular states.

The whole separate topic of the mind is even more fascinating in my opinion. The literature is chock full of experiments from the last few decades on organisms that have some epimorphic regeneration capability in the central nervous system where they’re taught something, you destroy their brain, their brain goes back, they still can do that thing. It was one of the mysteries of the central nervous system and memory storage.

We’re placing our bets that you’re more than your connectome. And we think that we will be able to not only obviously learn quite a bit about regeneration in this project but a lot more about the nature of memory and the mind.

How are you going to measure signs of life?

Heart rate and breathing are technically sort of secondary endpoints in this initial project. But we’re going to be looking through fMRI and other tools for evidence of some structural neurogenesis and vascular genesis occurring in the brain stem. Very, very basic stuff at this point. This is really exploratory and simple at this point in terms of outcome.

Can this research be done in America? Why are you working out of India?

Actually, the rules in the United States are quite similar to those in India and some other countries. Living cadaver research is acceptable, and you need family consent, and obviously IRB approvals and so forth, but it’s completely a legitimate area of exploration. The only issue in the U.S. is that intensive care unit costs are about $10,000 a day. So, in India, they’re about $1,000 a day. And that allows us to invest a lot in our projects for a period of time. I don’t want to study a patient for one day.

Is that why there isn’t that much living cadaver research going on in the U.S.?

The topic is out there. But it’s not cancer research. It’s not top of mind, needless to say, in the medical community — in the neurointensivist community, which we expect [to say] this is very farfetched stuff. But end of the day, you’d be surprised how many neurointensivist kinds of people that have been doing what they’ve been doing for 35 years have e-mailed, saying “Thank you for doing this. I’ve been thinking about it for 40 years. I wouldn’t risk my career on it.”

What implications of your work are you most excited about?

I personally am very interested in the ability to address the theories and concepts related to the mind. And to answer some of those questions regarding what the mind means, where it is, and so forth; that debate’s going been one for hundreds of years. I think if we can even shed a little bit of light on some of these more obscure topics, such as non-central nervous system memory storage and so forth, it’s going to make the whole area so much more exciting and open up new possibilities. I think we can just really uncover a lot of very exciting information — as well as potentially wake up some dead people.