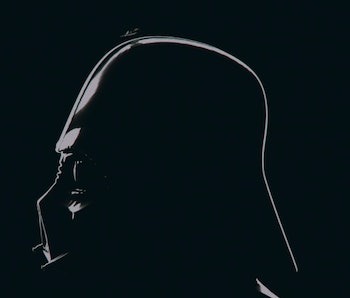 James Bond films rely on great gadgets, mysterious double-agents, and opening sequences meant to deliver the emotion behind each of Bond’s particular missions. Just as everyone has a favorite Bond theme, many film lovers have chosen a Star Wars film to keep near and dear to their hearts. The iconic status of both film franchises in their respective genres has made them household staples for worldwide audiences, and now one fan (along with a few friends) has brought the two together in a beautiful new video that puts Luke Skywalker in the middle of a Bond introduction sequence.

In a brilliant video created for his senior thesis at the School of Visual Arts, Kurt Rauffer brings his multi-talented arsenal of design, direction and production to the realm of Empire Strikes Back, through the lens of a classic Bond film opening. Like many, it hits an emotional chord right off the bat:

The mash-up was inspired by Rauffer’s days as a VHS-collecting, ‘90’s kid. “It not only let me exercise my imagination but also supplied me with some of the happiest memories as I watched it with my family.” The idea spun off of Luke’s journey in Empire Strikes Back, and the looming shadow of Darth Vader. “I really wanted to play on the concept of Luke trying to find himself and true purpose, so the music and inspiration felt fitting.” With Radiohead’s Spectre theme song (which was rejected in favor of Sam Smith’s take) serving as the backing track, the montage takes the viewer through a sleek re-imagining of Luke Skywalker’s struggles between the dark and light, as well as his training under Yoda. The video is peppering with beautiful shots of the saga’s ships in action, with X-Wings moving in formation to guide the visual story along.