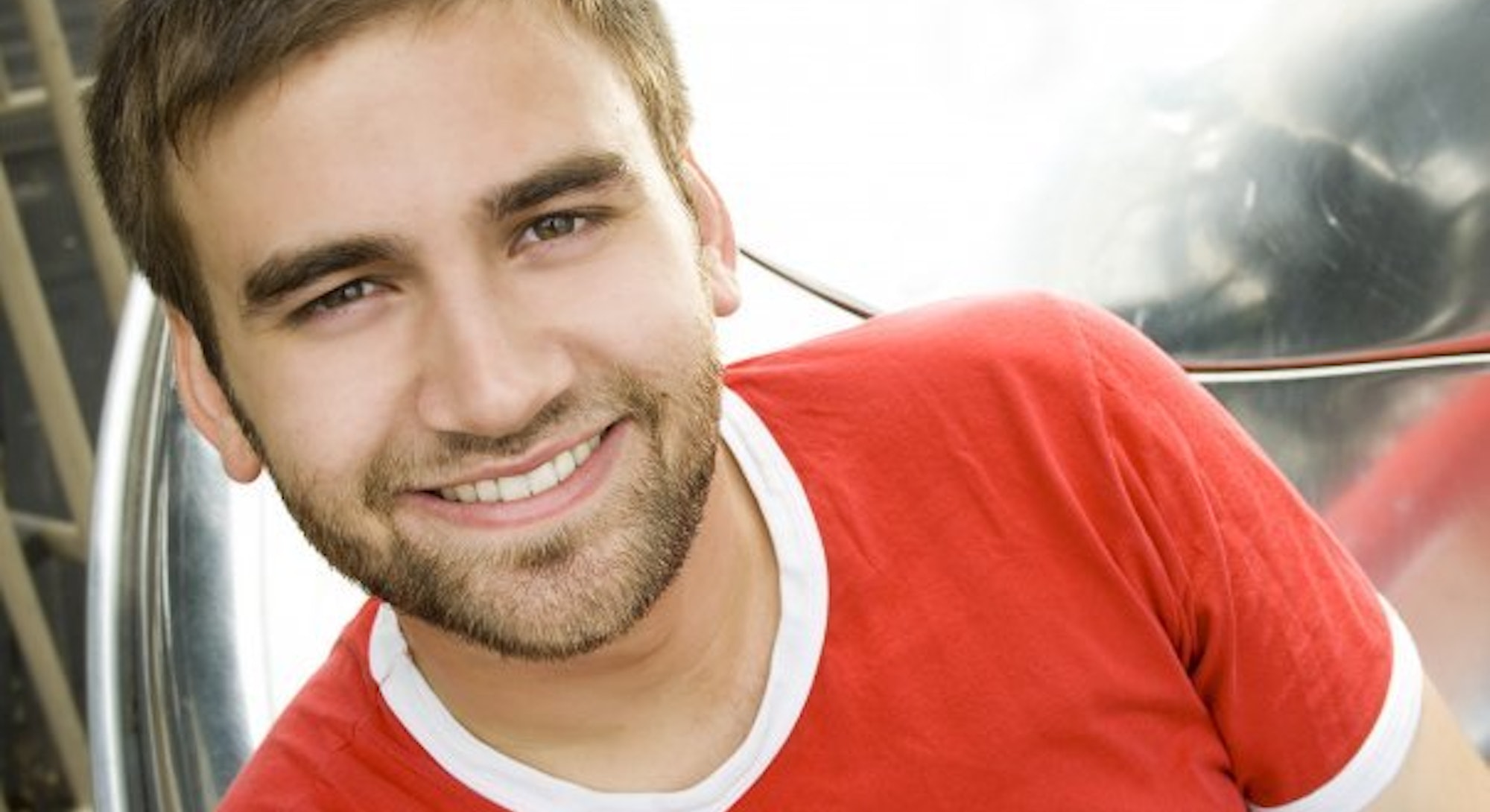 No one hates books more than Dan Wilbur. The New York City-based comedian can’t stop writing about his hatred, podcasting his hatred, or generally talking to you about it until you hate him — and books too, by extension. Wilbur publicizes his disgust via Better Book Titles, a website where he and a team of collaborators update famous books covers with more accurate titles.

From children’s literature, The Very Hungry Caterpillar gets the retitle Eat Until You Feel Pretty. An American classic, The Great Gatsby is switched to Drink Responsibly. And from contemporary fiction, Gone Girl is retitled A Tale of Two Shitty People. There’s something here for every reader.

His new collection of Better Book Titles releases this week under the mysterious name Never Flirt With Puppy Killers, which is sure to draw readers in. We sat down with Wilbur to discuss his literary anger and what keeps pulling him back into those pages.

Why do you hate books so much?

They’ve brought me nothing but pain. Name one book that isn’t about something terrible happening to people. Even the ones with aliens. What happens? Aliens come but they’re still like a metaphor for your own ego or something.

Tell me how your first book How Not To Read made it from antagonistic idea to publication?

It’s a book to help you read never again, and everyone wants to read more. People took it seriously when they saw it and there was a lot of anger. I worked in a bookstore at the time and I tried to sell my own book. Let me tell you: never do that. People would laugh at it and leave without buying it. Or people would swear and shout. “What is this? It is RUDE!”

But the theme of the book came from Better Book Titles and my editor helped me form the idea. Four years ago, we wanted to do a book that was 80% new stuff and we’d hide Better Book Titles in the middle. So I pitched a bunch of lists and Choose Your Own Adventure about trying to buy books, but the books always killed you.

They said “This is… uh… kinda just random ideas. What if you told people how to read?” And I pitched the life-hack of embracing a literature free life. That one single idea hit with Penguin and they loved it.

What’s the angriest reaction you’ve gotten from the book?

A woman came in and she said “What’s a funny book I can get?” to no one in particular in the store. “What’s the funniest book?” And right in front was my book and I said “This one!” but didn’t mention that I was the author. She looked at it without opening it and then said “That book is weak.”

She opened it to a random page and read one of the jokes out loud to me, deadpan, and this particular joke out of context was not my best work. And then she demanded to know “Do you think that is funny?” and I was like “Okay, yeah. Shit.”

Or I guess there’s the really embarrassing story: I was in Park Slope in a bookstore the day this came out. I was every book in the window. 100 copies. Paul Auster walked in, author of “The New York Trilogy”, and asked about the book. We talked for three minutes. I told him I had a page in there about his writing, and I told him the editor cut it because it might be “over people’s heads” and he put on a pair of aviators and said “And that’s why you never listen to editors,” and left. Never meet your heroes.

How long have you been running the site?

Five or six years. June of 2010. We’re up to, like, 600 titles now and I have to reblog old ones because no one has seen everything. For Harper Lee’s birthday I’ll bring back “My Dad Is Better Than Your Dad.” Or something like that.

How much of the site is yours now?

About 50/50. It started as 90% mine, when no one knew what it was. Then people found out my idea and did it much better than me. On a Friday we did reader submissions for the first time, and I got 1000 emails. So I pay some people now to send me ideas and we edit together. After year four, I think I’ve exhausted myself, and I no longer know when I’m funny. So I need editors to bounce this off of. It’s still fun. I’m making this not sound fun. I’m doing this wrong.

Does any of this make you feel good? It seems like it only makes you angry.

I think it brings joy and sadness in equal measure. If I post a joke about your favorite book, you might say “I see what he’s doing” but some people do not want their favorite book ruined. They will go at me with tweets that usually start with “Actually…” and you can’t fight on the internet and look good. The only answer I give when someone is angry is “Yeah, I know.” Because I read that book too.

We did a Gatsby that was Drink Responsibly but then Brian Boone wrote The Crazy Ex-Boyfriend for a title and we loved that. We posted that and on the Facebook we had Men’s Rights Activists saying “You know who is really crazy? The girl driving the car.” Jesus. That is for no one.

All you can do on the internet is be as sincere as possible and watch it upset everyone. Trying to write a joke on the internet is like trying to break up a fight that is already happening. By being the funny guy. Just like I was in middle school, when I tried to land a joke to stop two kids from fighting. And then they decide to mutually beat you up instead before returning to their fight. That’s my metaphor for the internet and I’m sticking by it.

What else do consider good about your book that makes it not awful — like other books?

I give you exactly what you expect. It’s a great gift for anyone who loves books. And if you pick it up, I think you’re only two page turns away from something that connects with you. I think it is great because there are not many words, and that’s what I look for in a book.

Never Flirt With Puppy Killers is out May 10th.