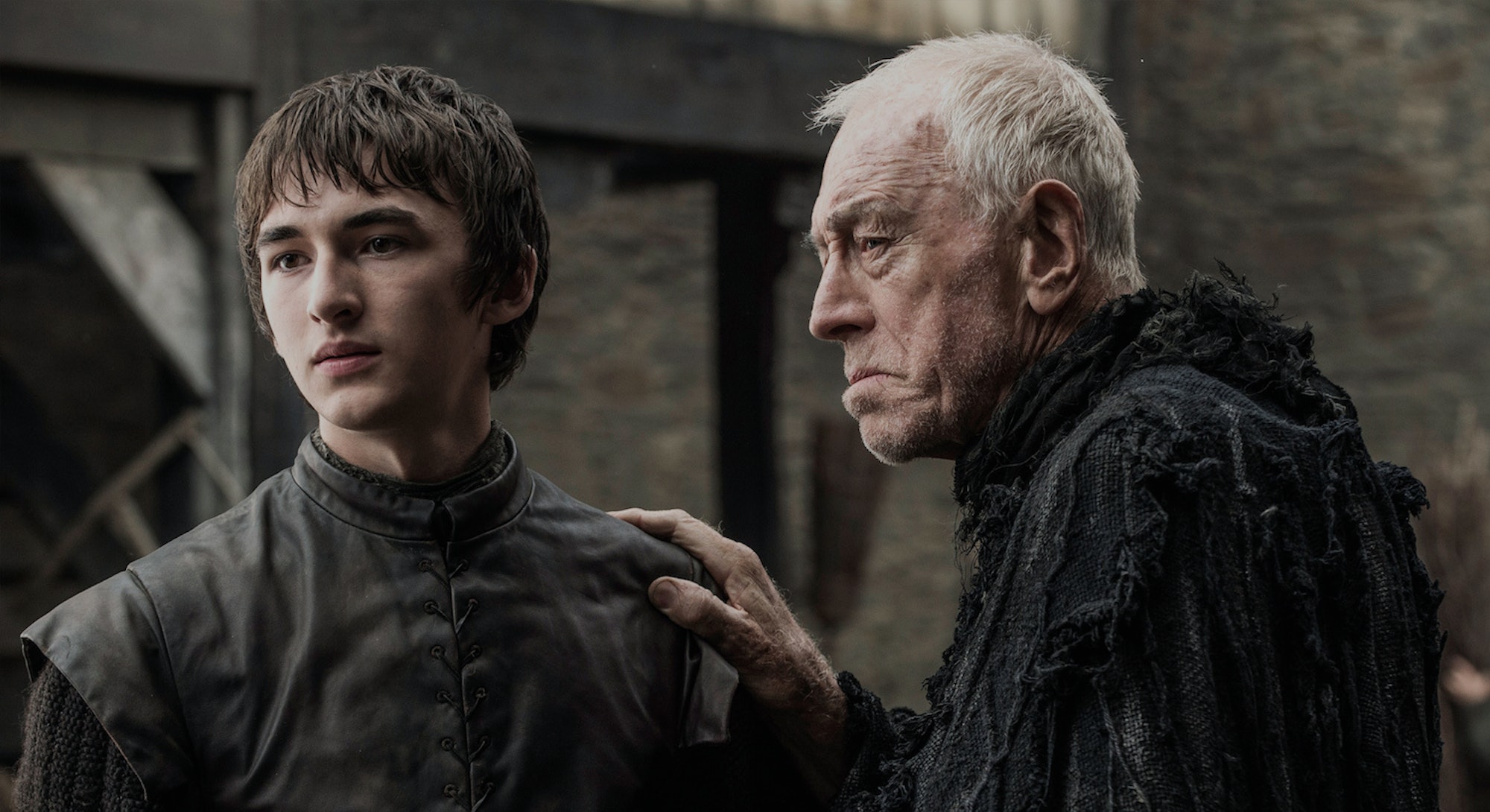 Bran Stark is going to have a big year on Game of Thrones Season 6. After an absence from the show during Season 5, actor Isaac Hempstead-Wright made a triumphant return in “Home.” Hempstead-Wright spoke to Inverse about Hodor’s past, Bran’s future, Jon Snow, the Tower of Joy, The Night’s King, and more.

You’re in a unique position among the central cast members, returning to the show after having been away for a year. How has that shifted your perspective on it?

That’s true – being away from it for a year and watching as a spectator and not knowing any of the story lines or any of the big plot twists was really different. I was just a fan with no clue of how it was going to go. Seeing the mass hysteria and speculation and to see it referenced in the larger culture was quite surreal. So was seeing my friends like Maisie [Williams] in the tabloids.

Is there any bit of speculation you’ve come across that you’ve particularly liked?

Everyone was going mental last night about Tyrion’s scene with the dragons and thinking he’s a Targaryen — I quite liked that theory.

You must be relieved you no longer have to field Jon Snow questions after “Home.” But because of your absence from Season 5, did you find you were fielding less than your fellow cast members? Or did you still get that a lot?

Well I think he could still be dead, we don’t know — we only saw his eyes open! But no, the opening question of any interview was still always “Is Jon Snow dead?”

And your own storyline had an interesting revelation about Hodor. Will this change Bran’s perception of him?

I think it changes how we see Hodor, for a start. He was this stable boy who didn’t necessarily have secrets to hide but was this big friendly giant. Clearly something catastrophic must have happened to make him the way he is now. It definitely opens up a lot of questions about this character we previously thought was sort of one-dimensional.

Will we be finding out what this catastrophic event was?

What’s the most challenging part of playing Bran for you?

I suppose there’s a whole argument to be made that you should have a disabled actor playing a disabled character. I suppose it’s using judgement and trying to capture the essence of that.

Because you’ve grown up in this role, starting in Season 1 as a kid, how have you evolved into it? Has your impression of Bran and the show changed as you’ve gotten older?

Bran and the show have grown just as I have. We started the show in Season 1 not entirely sure what we were doing. It was a new fantasy series the likes of which we’d never seen before. Bran especially I think has become hardened to the world. He’s seen his share of death and catastrophic events. So I wouldn’t necessarily say I’ve grown up with him in that sense, but I’ve been through my own journey of deciding what I want to do and where I want to go.

I suppose it’s the way Bran has chased his destiny. He saw Jon Snow in Season 4 at Craster’s Keep and had the opportunity to say “take me home, keep me safe!” but he didn’t He’s always been unfaltering in his mission, and I supposed I’ve learned that along with him, the idea of not letting anything stop you.

Do you have a favorite scene you filmed this season?

A lot of the visions were really fun, last night getting to meet the young actors – the young actor who played Hodor, a guy called Sam, was just superb. That was actually the first scene I shot coming back, and that felt quite nostalgic coming to the Winterfell set. And seeing these fantastic lookalikes. As Bran says, they were all so happy. Seeing a place we associate with torment and death thanks to Ramsay Bolton in a nice friendly light made me reflect on how sad it’s become.

There was also one particular scene — which we got a glimpse of in one of the trailers — where Bran appears to be next to The Night’s King. That was pretty fucking scary!

Is he really next to The Night’s King? Will we find out more about him?

I couldn’t comment on the specifics, but through Bran, we’re certainly going to get a look into the mystical other side of Westeros than we’ve seen before.

With Bran’s expanded plot line in Season 6, he’s getting to see more locations than ever before. Which new location did you enjoy the most?

The Tower [of Joy] is a pretty special location. It’s an amazing solitary fort in the middle of nowhere in Spain, outside of Madrid in this desert-esque lanscape. And to actually get to shoot somewhere warm was nice, since I’m always in Belfast!

You get to interact with several new characters, too; whom did you enjoy working with most?

The Three-eyed Raven is a really interesting character for Bran. For five seasons we’ve hinted there’s this strange mysterious figure Bran’s been waiting to meet and see and learn from. This is someone who can really challenge him in his power. He’s now a sort of novice to this ancient mystical mysterious character.

Your plot line this season will involve a lot of exposition, since we’ll be seeing important events from the past and future. Did you find that challenging?

I suppose you could look at it that way, but the stuff you find out is so cool and earth-shattering. It’s fun to be there and learn about it. Bran has more learning to do, it’s not just exposition. It’s him being taught and finding out who he is and how he fits into the scheme of things — and what he has to do in the future.