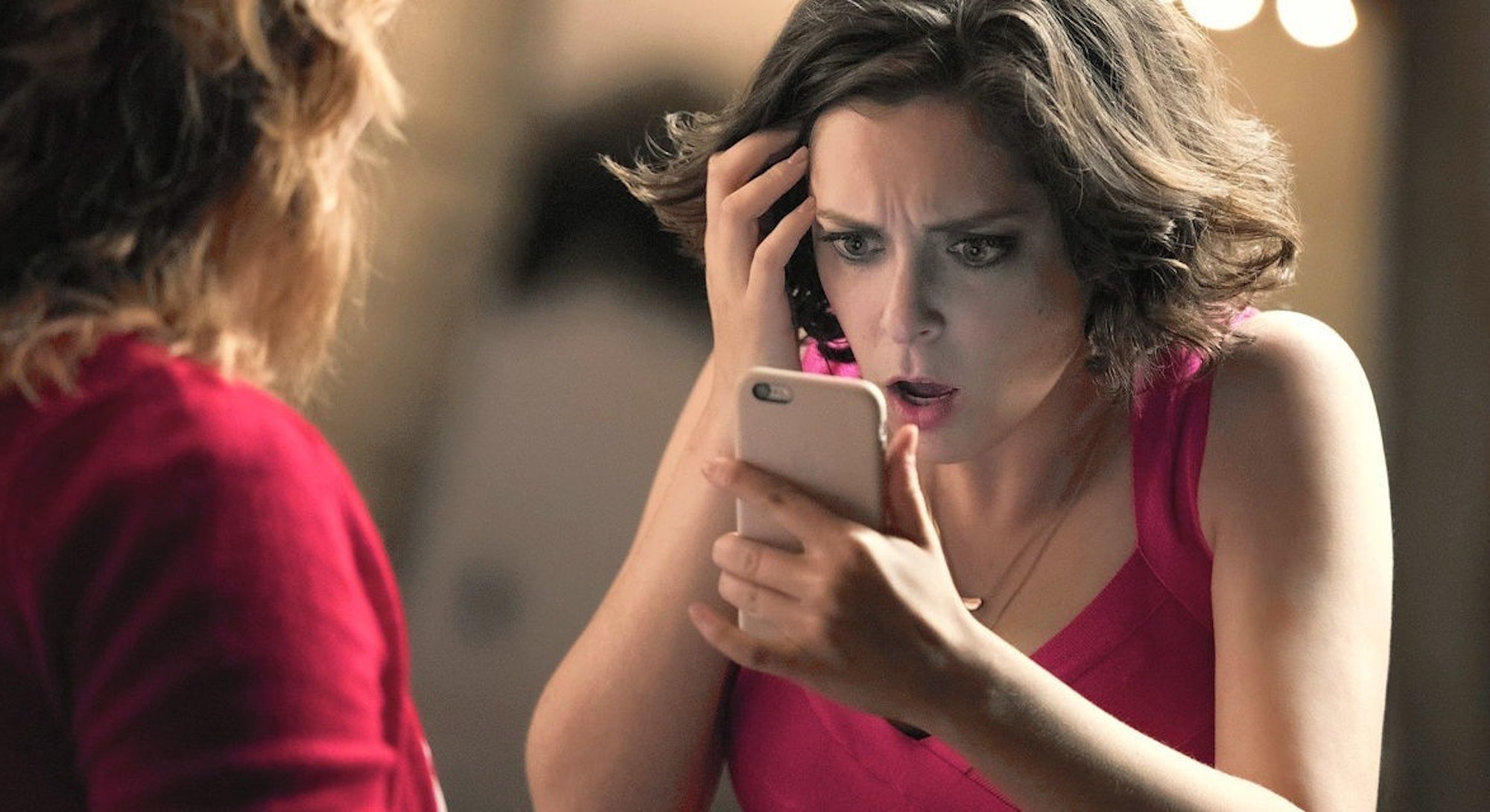 Comedian and showrunner Rachel Bloom already had a great career writing full albums of songs about “crazy women” and their dangerous behaviors, but last year she left all that behind: to do it on a much bigger scale.

In late 2015, her TV show Crazy Ex-Girlfriend premiered on the CW. In only 18 episodes, it has become one of the most critically acclaimed TV shows of the decade, which hurts, because Showtime had their chance — passing on the pilot and leaving Bloom thinking the project was dead — until CW grabbed it for an entire season pick-up. Now, Bloom is the voice of a generation; and she’s the creative lead of the only musical on network television in this era of Peak TV.

The show focuses on destroying stereotypes and reinventing complicated relationship behavior — it presents self-destructive characters without judging them or giving its audience a moralistic lesson. Crazy Ex-Girlfriend presents the illusion that these are real people being real fucked up. And it’s flawless.

We caught up with Bloom — who is in the middle of breaking the storylines for the second season right now — so that she could tell us about adaptation and making the kind of lowest-rated network TV that we all love.

Your pilot was in the can and finished. How did you return to edit it into something new for a new network and a new length?

Most of the CW pilot was the Showtime pilot. We had to refilm just a few things. We went back to the original script and we beefed up the Daryl scenes and added small details. Without cuts, the original pilot ran about 35 minutes.

The Greg party scene was originally much dirtier, so we had to reshoot that. We also had Michael McDonald for the Daryl role and we had to re-cast. The tag got added, along with an extra Paula scene in the office. We really had to add at least four minutes.

Paula confronts Rebecca about a lie, so we had to create this adversary relationship, and we learned a lot from doing that. Our experience in general with the show is that we can take our time more, and flesh out the other characters, and it usually makes for a better show.

How do you make the most diverse show on TV your first time out? Did you have to fight for it?

I watch the shows that have the lowest amounts of people watching. Arrested Development is my favorite network show of all time. So all I can write is the kind of show I want to see. And of course I made a show like that.

I don’t feel like what we’re doing is even subversive. CW knew what they were getting because we brought them a pre-made pilot. The CW is wonderful. Look at Jane The Virgin and the immigrant and gay characters. They want to show off what they can do with TV. They’re not afraid of controversy and they are intentionally going a different direction and we are just trying to be true to life— so our vision gets supported.

If the CW is so supportive, where is The Flash crossover episode with Crazy Ex-Girlfriend?

I couldn’t think of a justification for that. Maybe a dream sequence?

There’s different universes on The Flash.

You know what? Yes. I want it now. It makes perfect sense and now all the responsibility falls on the writers’ room. Figure it out, guys.

On the subject of diversity, this is one of the only shows in recent memory that puts Jewish culturalism at the forefront. There’s plenty of thinkpieces about having bi-characters and such, but I think not enough credit is given to the Jewish representation you’re doing.

Wow. Thank you. It’s only because all of my friends are Jewish comedians. In retrospect, yeah. We wanted a Jewish actress to be my mother, and that list of famous Jewish actresses is way shorter than you think. It is interesting and the number of characters you can identify as Jewish characters on TV is even shorter.

I was interviewed by Mayim Bialik on Jew Nation. And when we spoke she mentioned how her Big Bang Theory character is specifically not Jewish. TV was being about relatable to the widest possible audience for so many years and Judaism is weird if you aren’t a part of it.

Jews talk about being Jews a lot, and that’s not for everyone. But neither is the Filipino stuff were doing either. If you go to West Covina, that community is so divided, but everyone (mostly in interracial relationships) grab dinner at the same Applebee’s together, and that’s beautiful to see. We’re a nation of immigrants.

How do you make the choice about where a song goes? There doesn’t seem to be a pattern as to how you place them on the show, and I appreciate that. You never do a song for the sake of a song.

The episodes come before the songs in the writing process. It depends on the episode, but it is about figuring out where episodes lend themselves to song.

Just like a Broadway musical. Find the high and low points. In the writers’ room we can say we need a song here, but that doesn’t identify the comedic hook of a song. Writing a song around a song idea changes because it needs to be earned.

Any songs you were worried that you didn’t earn?

“California Christmastime” in episode 8. There are three songwriters for the show but we started to get fucked for time at a certain point. Adam Schlesinger produces the track. And Jack Dolgen is a staff writer who does music. We hadn’t been talking about “California Christmas” and we didn’t know what to do and it was time to shoot.

So Adam said let’s just do a big fun musical number— he wrote the rough draft and then the three of us punched up the song together — a day or two before we had to film. I was terrified it wouldn’t come together and didn’t feel earned but it was a hit because we just action packed it with little jokes.

The show has a fabulous history of mind-blowing post show tag sequence that break the reality of the show and are super cute. What’s your favorite tag?

Paula the singing raccoon. Easily. It was an idea and then there was no way we were going to have the money for an animated sequence. I told my line producer it was important to me, and they asked, How long? I said ten seconds, tops. And they did it. I shouldn’t have gotten away with that.

You got extended from 13 episodes to 18. The CW seemed to spring that on you. How do you change your story that late in the game when you already have a plan?

They don’t just tell you like a surprise. So we started planning for that, and when we got it we already had a map. The network is never trying to fuck us over. People ask about how we write a finale episode without knowing if we’re going to get a second season. That wouldn’t have changed anything.

The show got re-upped along with everything else at CW this season, which is something that has never happened in the history of TV. How did that impact you?

I was on vacation. I get to Israel and my phone was on, and we were pretty sure we’d get renewed. So I turned my phone off for Shabbat dinner and when we got done with dinner the internet had exploded. Every single person knew my show got renewed before I did. The CW is a network that gives things time. They’re patient. It doesn’t hurt that our show is the most critically acclaimed network show on TV right now, which I can say. We have all of the awards.

What are the differences between Rebecca and Rachel?

Rachel is happy. Rachel has learned how to deal with and understand things like anxiety and depression. Rachel always pursued her happiness. Rachel is in a pretty solid relationship. I’ve been with my husband for seven years, but also a man wasn’t the solution to my problems. But it took being with bad men to know that, too.