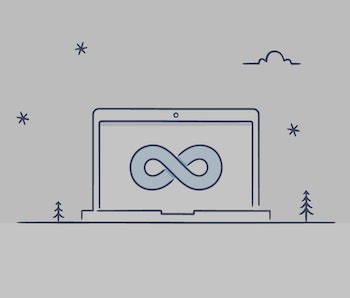 Dropbox has unveiled a new feature that will harness the power of the cloud to free up precious drive space on computers. “Project Infinite” will let users access all Dropbox files as if they were stored locally on the computer. A base model MacBook Air, for example, can expand its tiny 128GB storage size to access terabytes of data.

The feature works in a similar fashion to iCloud, where users can switch the photo storage system to “optimize” local space and only download high-resolution images when disk space allows for it. Dropbox’s idea would be on a whole different scale, though: it would mean any file on any computer (that can run Dropbox), no longer tied to the Apple ecosystem.

By default, all the files are accessed over the internet. Users can right-click on a file through the Mac’s Finder or Windows Explorer and request to save locally, for situations where the computer may be away from a connection.

“Project Infinite” could mean the end of computer storage worries. Laptops are changing at rapid speed, but storage improvements are largely focused on speed rather than space. Solid state drives, standard on most laptops now, are far more expensive than the slower hard drives that replaced them.

Advancements in solid state technology have led to faster read times than ever before. In Apple’s new MacBook, the storage sizes have stayed firm, but speed benchmarks have improved dramatically. Dropbox’s new feature means consumers no longer have to choose between speed and storage, especially in the case of files accessed rarely.

Of course, you still need to actually pay for the Dropbox storage, putting a damper on the whole “infinite” thing. For individuals, storage starts at 2GB for free with an optional “pro” account providing a terabyte of storage for $9.99 per month. Businesses have access to unlimited storage, with prices at $15 per user per month.