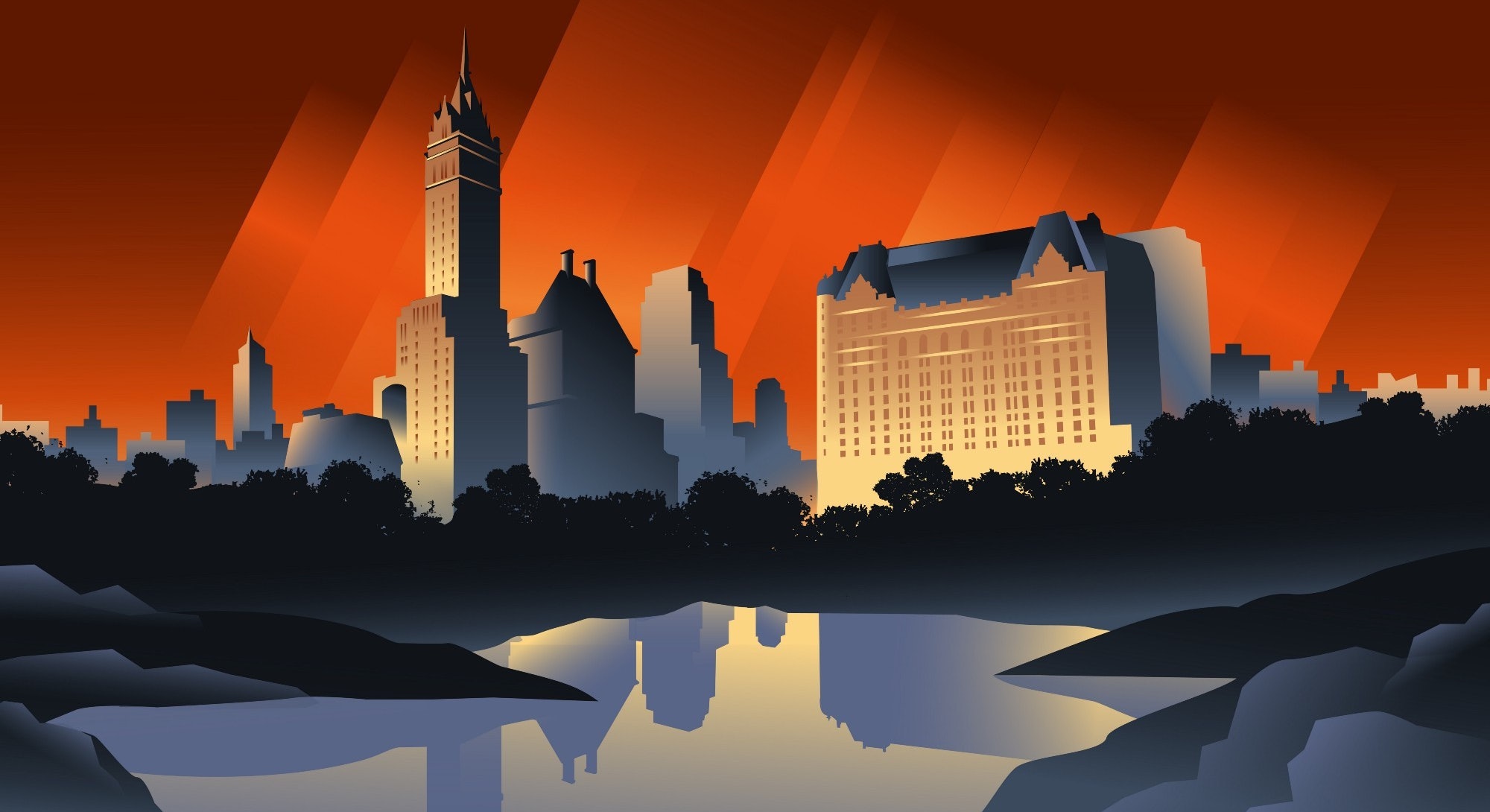 Over at ESPN, Douglas Alden is — quietly, for now — revolutionizing storytelling with The Diary of Myles Thomas, a serialized, multi-platform historical novel released in real time. No one’s ever attempted anything like it: Alden and his team have recreated a world using Twitter, Medium, and Spotify, and they’re inviting you to step inside.

Let’s take you through those descriptors. It’s serialized, meaning the reader gets to imbibe it as one does a TV series — either by bingeing or by keeping up with the story as it unfolds each day. And it’s being released in real time, meaning as our own world proceeds around us, so too does the world of The Diary.

“Let’s now play this game within these rules. Let’s leverage technology to tell a story, and let’s try to create art out of it.”

The novel’s meat — a diary — exists on Medium, an online blogging platform. Tweets supplement the story and are posted in real time: as a Yankees game winds down, for instance, the beat writer Ford Frick tweets updates. The diarist is Myles Thomas, an insignificant pitcher on the best baseball team in history, the 1927 Yankees — “Murderers’ Row,” as it was known — which featured Babe Ruth and Lou Gehrig.

Baseball fans will be hooked. But this story’s bigger than baseball.

Like any new technology, Alden says, “People have to know what it is. Is this an experiment in real time storytelling? Yeah. Is it something about baseball? Yeah. But, I really think at its core it’s a deeply intimate story about 1927.”

That year, Alden says, marked the “birth of mass popular culture.” Radio went “from infancy to adolescence.” Charles Lindbergh attained instant celebrity after making the first transatlantic solo flight, which proved equivalent to the moon landing in cultural significance. “The world got smaller,” Alden explains. “It was like, fuck Icarus, I’m not worried about these wings melting. We can go anywhere.”

It was also the “nexus of baseball, jazz, and prohibition,” as Alden puts it. The fields and the jazz clubs hosted the “two biggest cultural drivers, by far, in 1927.”

And just as on some occasions — over a hundred, all “highly attended” — a Major League or barnstorming team would play a Negro league team, “every night,” in all the major cities, “black bands and white bands [would] play in the same location on the same night, even in a battle of bands against each other. Both of them as institutions are completely segregated, but as cultures are the most integrated cultures in America.” These are well-researched but relatively unknown facts, which disclosures excite Alden: “It’s not just that you say ‘I didn’t know that’ — you say ‘Why didn’t I know that?’”

It was the Roaring Twenties: flappers, gangsters, artists, and ballplayers. Alden was ensnared. “I began to think I don’t know, I’ve never written a novel before, but — this is really interesting; let me just explore it.”

Douglas Alden’s got a casual-yet-distinguished demeanor. He’s reservedly exuberant; he thinks a mile a minute, speaks with calm conviction, and wears blue jeans to work. His “completely nonlinear” career is informative: Alden “lucked into” interning with Dick Schaap, “one of the greatest journalists of the 20th century,” and then interned for ABC News — all before he even went to college. College didn’t stick, though, and he dropped out after two years.

ABC News took him back, this time hiring him, just as — by fortuity — television made the leap from film to videotape. He, unlike others, embraced the change, and became an associate producer by age 20. Two years later, he was Dick Schaap’s producer on the evening news.

Alden went back to college, and, he says, “fell into doing the same shit that I’d been doing when I probably should’ve gone and done something entirely different.” He bounced around NBC and ESPN, then, in 1995, wound up helping to start what would later become ESPN Classic: the Classic Sports Network.

“I’ve lived my whole professional life — since ‘76, ‘77 — really, in a sense, marrying content to technology, learning new technologies, and always trying to figure out how that technology could be used to tell a story or communicate information.”

The one consistent trend, Alden explains, is only obvious in retrospect: “Just being around that technical creativity, and this constant desire to say, ‘How can we tell a story or move information in an interesting way to new audiences or from new places?’ That’s always been really, really cool.”

Other than that, “there are like two themes,” he jokes:

“I can’t hold a job, and I really love storytelling.”

In 2008, the group behind the Orwell Prize started publishing George Orwell’s diaries in real time — “everything from drafts of interesting works to ‘No tulips today.’” Alden, a “huge Orwell fan,” was captivated. He realized that, on this platform, with their comprehensive histories, a real-time sports story would thrive.

And so, naturally, he landed on what’s widely considered the greatest baseball team in history. Looking further, he found a name he’d never seen before: That of Thomas, born 1898. Thomas didn’t make the major leagues until he was 28 years old, but wound up on Ruth and Gehrig’s Yankees.

Thomas served as the perfect medium, a tabula rasa, through which Alden could explore 1927’s multifaceted happenings. “I purposely have not found out anything about Myles Thomas’s real life. All the other players I found out as much as I can about their lives.”

Given baseball’s exhaustive historical record, Alden and his supporting cast — his own Murderers’ Row, if you will — could use Thomas as “a vessel” through which they could connect Myles to the year’s major, culturally significant events. The research and maintenance required is nearly masochistic, but Alden says that Damon Hatheway, the project’s editorial assistant, is vital: “Certainly, at this point, I could get hit by a bus and this project could continue with Damon. If Damon got hit by a bus, the project would be much more damaged than if I got hit by a bus.”

The Diary also brought in John Thorn, Major League Baseball’s official historian, Steve Wulf, a senior writer for ESPN The Magazine and ESPN, and biographers and historians of the time to oversee the story. And, also, to ensure that these cultural intersections — like on May 7, when Thomas is in Chicago with the Yankees and winds up with Louis Armstrong as Armstrong records Willie the Weeper — remained plausible.

As Alden points out, “this brings a level of verisimilitude to the project that wouldn’t exist without it, and it extends the reality.”

When you dip into The Diary’s world, you find that this immersion is no joke. You’ll wake up after an April-heat-induced rough night’s sleep and read Thomas’s diary entry, an entry in which he recapitulates your experience. By happenstance, even the days of the week line up: Thursday, April 21 in 1927 is Thursday, April 21 in 2016.

To build out this world and allow for comprehensive coexistence, Alden and his team created extremely complex spreadsheets tracking the weather, all the characters’ movements, important events for every single day on and off the field, what happened in the game, the box scores — everything. They constructed a Twitter chronology — who would say what when — to coordinate the project’s five dedicated Twitter accounts and 4,000-and-counting tweets.

Each day, Thomas tweets the lyrics to a contemporaneous song. There’s a Spotify playlist compiling these songs and all others referenced. At the end of each diary entry, there are links to blog posts, articles, maps, and encyclopedia entries within which — if you so desire — you can further immerse yourself.

There’s a whole world unfurling alongside ours each day. “But,” Alden promises, “you shouldn’t feel, if you come to this late, that you can’t just start at this in the beginning or in the middle. The work has to be good enough that, no matter where you are, you’re satisfied with it. The real-time element is what instigated this, the real-time element is what makes it different, but it’s the writing, artwork, and presentation that will make it fly or die. … It’s the same thing as if you do any piece of technology — a website, or an app: yes, it’s about the functionality, but ultimately it’s about the user experience.”

Regardless, Alden acknowledges, this is “version one-point-oh.” Thomas is the guinea pig, but he’s optimistic that 1927 can teach 2016 a thing or two:

“I think that one thing they can take away is literally in the opening and closing paragraph of the first diary entry, which is: ‘Take a good look around you, kid. This isn’t going to last forever.’ I would say that about everything, positively and negatively. When you are in these moments of either despair or euphoria,” Alden says, “take a good look around you, ‘cause it’s just not going to last forever.”