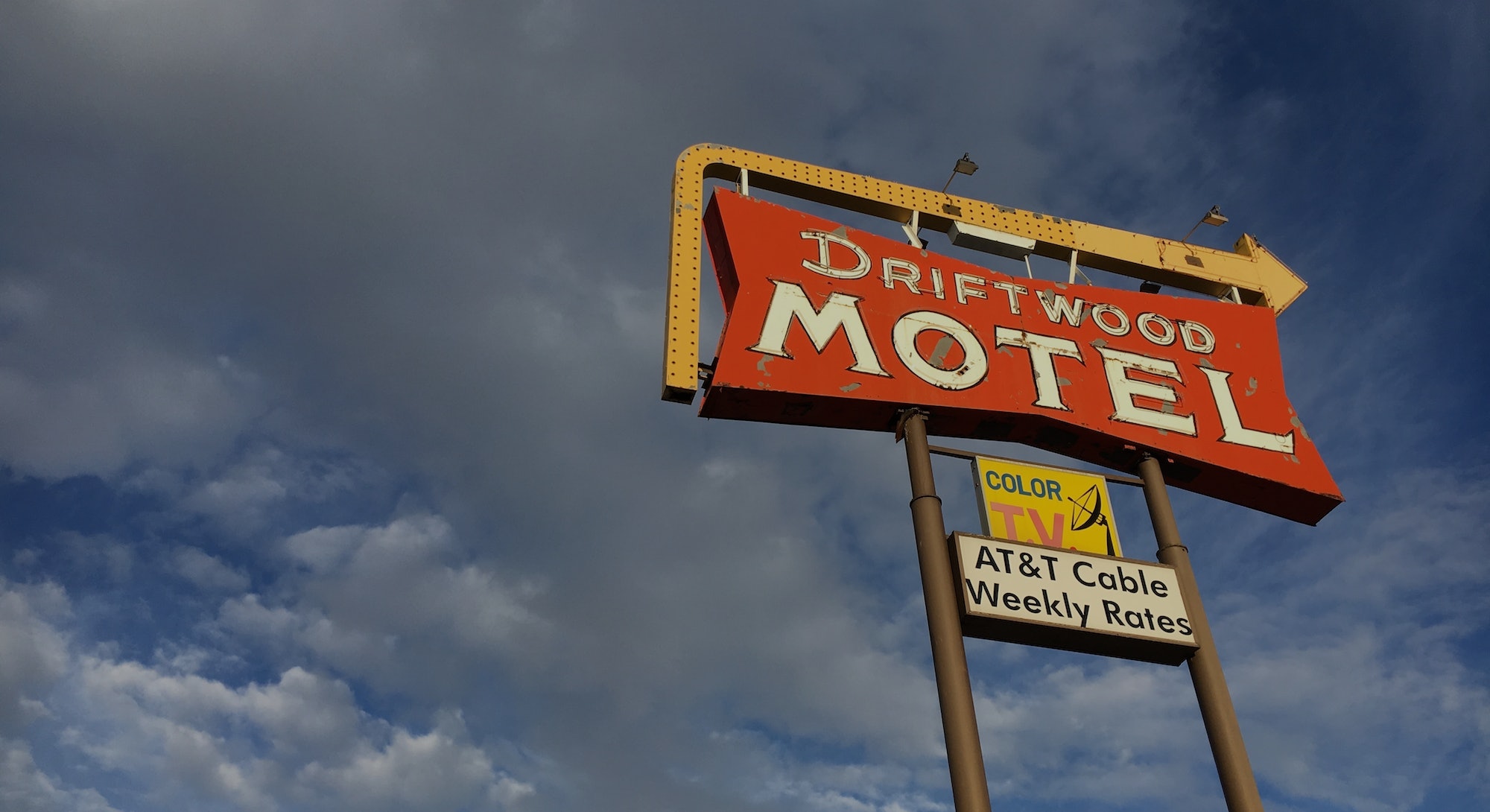 Gay Talese’s recent article in The New Yorker, “The Voyeur’s Motel” has granted Aurora, Colorado’s Manor House posthumous nation fame. As Talese reports, the motel, which was razed several years ago, was built specifically to allow proprietor Gerald Foos to observe the sex lives of his unwitting guests, something he apparently did with enthusiasm for three decades. For residents of Denver, this wild narrative was especially mind-blowing because the Manor House was a landmark. Though far from a significant cultural institution, it had one major thing going for it: a fabulous neon sign.

The sign was the sort of instantly-recognizable mid-century artifact that used to be common on Colfax Avenue, which runs from Denver to Aurora. That sign is gone now, like countless other pieces of neon art. What has happened to them? Who actually cares? The first question is tough. The second is easily answered: Corky Scholl. Scholl, who works as a photojournalist for Denver’s NBC affiliate, moonlights as the founder of Save the Signs. Established in 2012, the group is focused on neon sign preservation along Colfax.

“One of the biggest challenges to sign preservation is when the historic businesses that own the signs permanently close,” says Scholl, echoing what became of the Manor House and its marker. “Usually, the first reaction of the new businesses that move in is to change the signs to reflect the new ownership.” Still, he says there is some economic hope for holding onto a piece of the legacy. “New signs cost a lot of money, so repurposing the old signs quickly becomes the preferred option for new owners. Also, many cities have updated sign codes that don’t allow new signs to be as large as they were in the 1950s and ‘60s. The older signs are usually grandfathered in, so that also gives the new businesses extra incentive to alter the old sign as opposed to installing a newer, smaller one. Aside from some of the older signs that still flicker on Colfax, there’s also a noticeable trend: New neon signs meant to fit into the neighborhood. And, oh yeah, theres a monetary purpose at play, too. Neon is bright. Customers can see the gas-filled tubes from blocks away.

Still, things are hard out there for an aging placard. “It’s impossible to know how many signs we’ve lost, but it’s safe to say that there were exponentially more signs in the ‘50s and ‘60s than there are today,” Scholl says. “Another challenge is the rapid pace of growth in the Denver area makes it hard to keep tabs on all of the remaining signs in the city. Even worse than a bad makeover is when a sign is needlessly torn down and destroyed by a thoughtless developer.”

So, what can be done about it? “If people want to help save these signs, one of the things they can do is to keep tabs on the signs in their community,” he tells me. “If a sign becomes endangered, they should reach out to one of the several sign preservation organizations that exist around the country. Here in Denver, Save the Signs is working on opening an indoor display of salvaged signs. There’s also the Museum of Neon Art in Los Angeles, The Neon Museum in Las Vegas, The American Sign Museum in Cincinnati, and the Neon Alley in Pueblo, Colorado just to name a few.”

“I got involved because I had seen one too many signs disappear from my community and I felt that someone needed to step forward to save them,” Scholl says of his personal motivation. “I feel that there’s a lot of history and artistry behind each sign and it’s a shame to see them destroyed. They’re kind of like classic cars in that they have a cool factor that can’t be replicated in modern versions. But unlike classic cars, most of these signs were one-of-a-kind originals.”

Scholl names off the signs at Davies’ Chuck Wagon Diner, Pete’s Kitchen, the Satire Lounge, and the Riviera Restaurant as some of his faves. See if you can spot a few in the photos above and below, taken as I drove amongst the fleabag motels, dive bars, and greasy spoons of Colfax Avenue.