On April 19, AMC is set for the United States premiere of The Night Manager, an espionage thriller adapted from the 1993 novel by John le Carré. On Wednesday, AMC released an extended trailer just in time to get fans excited for this globe-trotting adventure that shot in England, Spain, Switzerland, and Morocco. 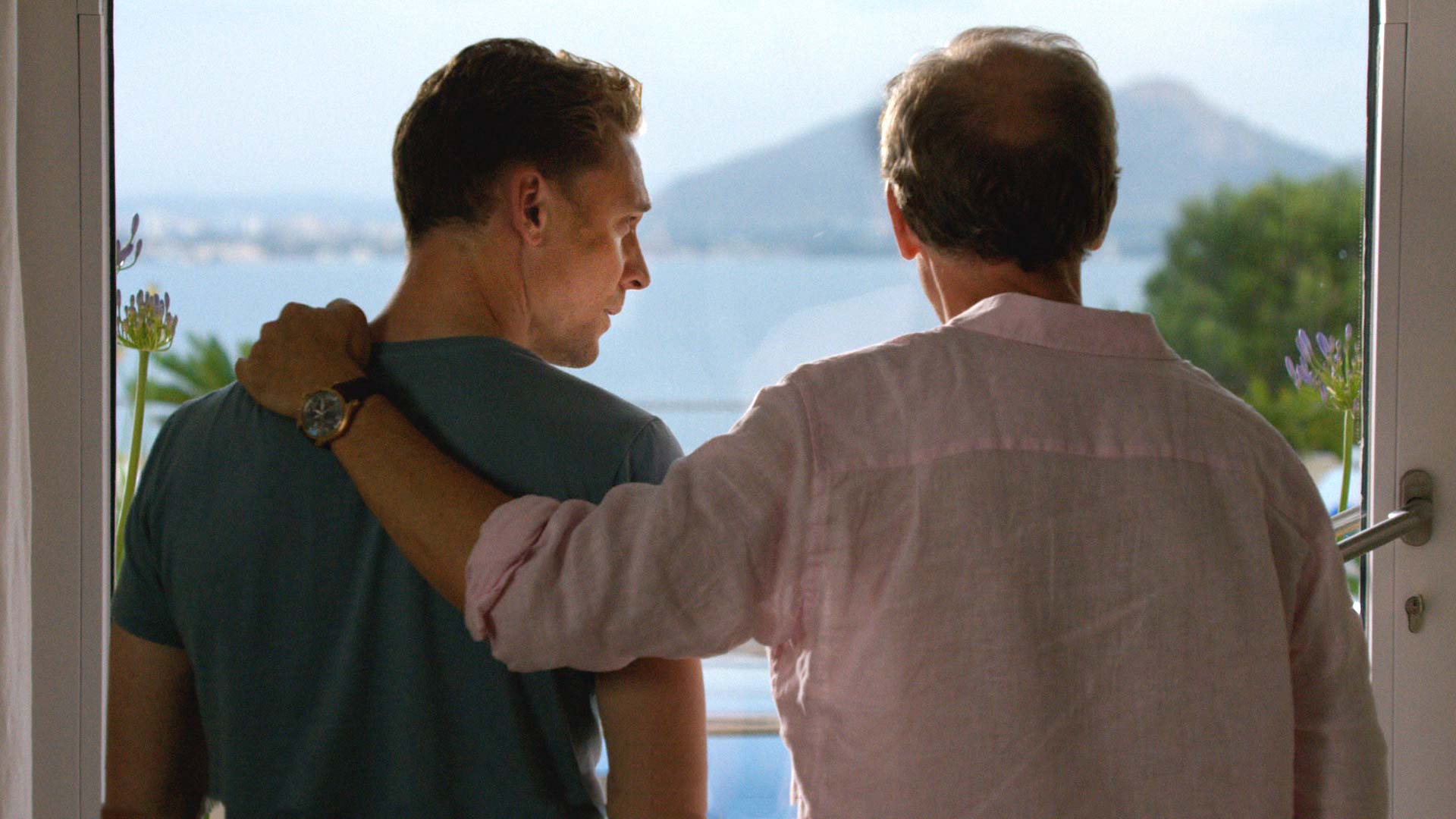 Starring Tom Hiddleston and Hugh Laurie, the series is destined for high-adrenaline conversations (they can do that in England) and sudden narrative twists. Also, lots of explosions.

It’s Based On One Of the Greatest Spy Novels Ever

If you’re not familiar with the source material, you’ve missed out on something truly special. Though le Carré had already been turning out spy novels for more than thirty years when The Night Manager hit print, it stood out among his bibliography. When it arrived, the New York Times called it, “a brilliant performance, executed with an exuberance, a richness of detail and a narrative drive that have been absent from Mr. le Carré’s writing for a decade.”

Warning: Mild spoilers over the course of the next two paragraphs.

The plot centers around an ex-soldier named Jonathan Pine, a man working as the night manager in an extravagant hotel in Cairo when he befriends Sophie, the mistress of an Arab arms dealer. When she supplies him with evidence against an even bigger fish than her boyfriend — an international gun runner by the name of Roper — he forwards the information to the local authorities (and a few buddies in MI6) before watching everything burn down in front of his eyes. Roper gets away, Sophie ends up dead, and MI6 tells Pine to fuck off.

Six months later, Pine has found himself another night manager position in an equally opulent Zurich hotel when who should walk in but Roper. Eager to get some revenge, Pine signs up with a task force hoping to nab the ne’er do well and goes undercover in Roper’s entourage in the hopes of avenging Sophie’s murder.

For the mini-series, the locations have been updated to reflect current state of geopolitical chaos.

The Cast Is Freaking Excellent

To bring all that intrigue to the screen in a way that befits the source material, series director Susanne Bier and writer David Farr tapped an incredible assortment of actors to tackle the parts so beloved by readers the world over.

In the lead, Tom Hiddleston can finally cast aside costume drama in favor of tackling the meaty role of Jonathan Pine, a man who may have bitten off more than he can chew in agreeing to take on an international arms dealer.

Hiddleston seems to be working non-stop these days, making sure to drop in smaller projects in between his big budget obligations. In spite of the fact that his latest film Hank Williams biopic I Saw the Light is being kind of panned, Hiddleston’s performance is being universally hailed. In other words, it seems as though there’s not really a part on the planet for which Hiddleston isn’t fit.

Going toe-to-toe with our intrepid hero is Hugh Laurie, another actor with a stupid amount of range. Laurie is stepping into Roper’s shoes, who’s described in the book as, “the worst man in the world.” A long time fan of le Carré, Laurie told the LA Times that he, “babbled incoherently” when he was offered the role. Clearly he managed to get his fandom under control in time to get in the mind of a psychopath. 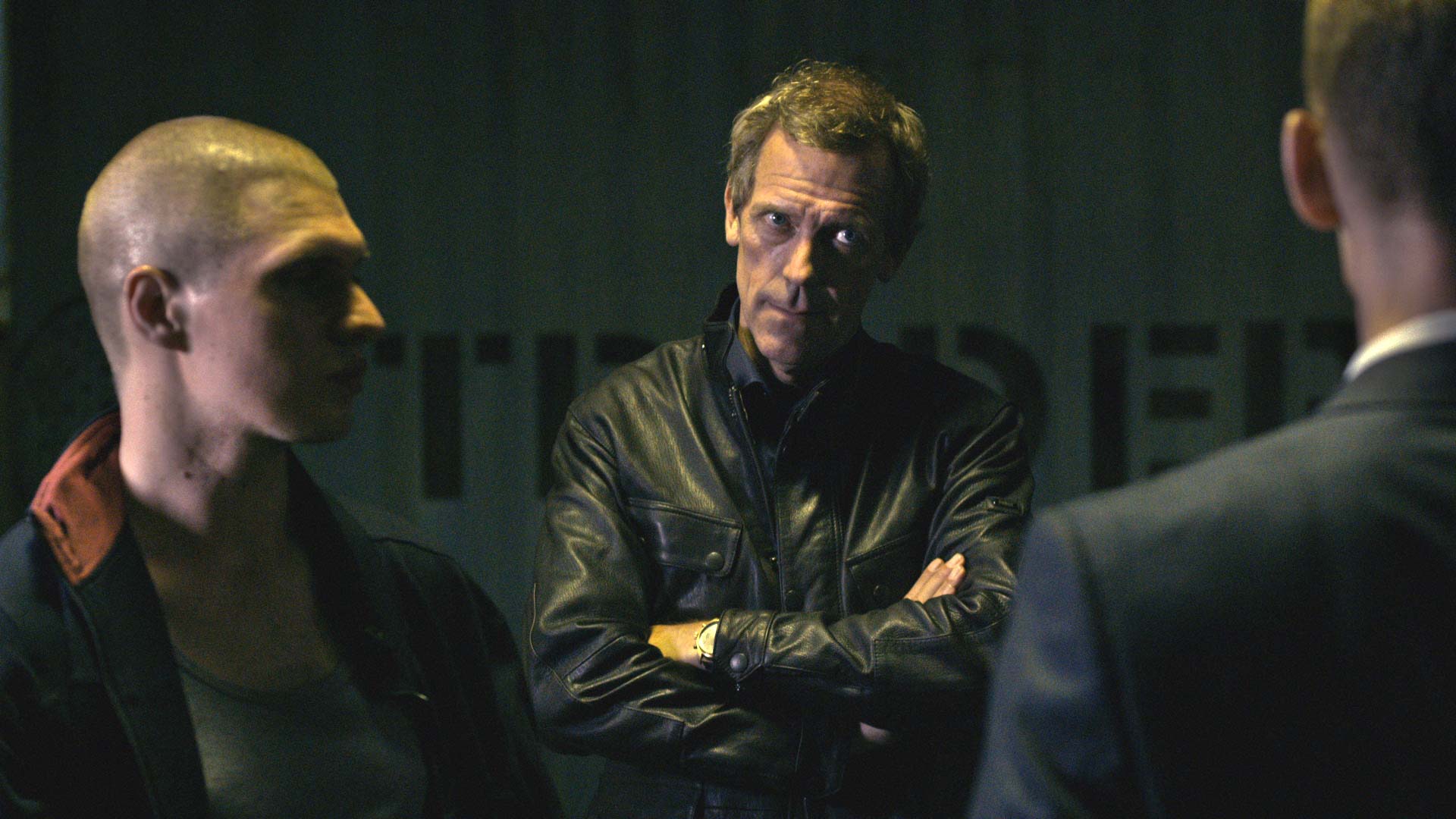 It’s going to be a lot of fun to watch Laurie tackle the role of a madman, even more so because he’s been in love with Roper since the book’s release.

Backing up the leads is an all-star cast of BBC fixtures including the wonderfully talented Olivia Colman (Hot Fuzz, Broadchurch), the equally lovable Tom Holland (Rev.), as well as up-and-comer Elizabeth Debicki, whose turn as Roper’s abused mistress has received growing acclaim.

No matter what kind of TV you like on a regular basis, you have to admit that a 100 percent critic’s score is pretty damn good. Since its debut in the UK, the reviews have been nothing short of glowing for this spy thriller, and since it’s made the jump to America, the reviews haven’t changed a lick.

When it originally aired, the Telegraph said simply, “Clear your Sunday evenings for the next six weeks.” That sentiment was, of course, preceded by a proper glowing review.

When screeners went out on our side of the Atlantic, Entertainment Weekly gushed, “A clever fable of heroic renewal, The Night Manager gives us a redemptive journey into a heart of darkness and a portrait of a genre mired in shadow pining for daylight.”

Of Hiddleston’s performance, PopMatters said, “his quintessential English charm and crafted physique certainly don’t stray far from convention, his reserved, delayed reactions—and almost puppy-dog demeanour in times of stress, passion and despair—help root the story in a character who feels flawed, yet essentially relatable in his clumsy yet virtuous ventures.”

In truth, you’d be hard-pressed to find a single negative thing said about the entire mini-series from beginning to end. If you like quickly-paced, intelligent thrillers, then The Night Manager is your jam.

Enjoy It While It’s Here

You get six hour-long episodes to watch Dr. House and Loki match wits and then the mini-series will end its run. In spite of some rumors that a second series might be in the offing, Tom Hiddleston squashed that hope earlier this month when he told The Sunday Mirror, “As it stands, Pine exists for six hours in a mini series. The story feels complete. I know the rumours about it extending, but none of that is real.”

In same heart-breaking article, Hugh Laurie concurred, saying, “It’s based on a novel, we’ve got to the end of the novel and John le Carré has yet to write another novel, so in cold practical terms, no, we’re done.”

More like this
Entertainment
14 hours ago
Kate Siegel says Netflix’s Fall of the House of Usher is “like nothing anyone has ever seen”
By Dais Johnston
Entertainment
5.18.2022 12:00 PM
15 years later, Doctor Who will (maybe) fix its biggest mistake
By Ryan Britt
Entertainment
20 hours ago
Rick and Morty: The Anime could fix the show’s biggest problem
By Corey Plante
Related Tags
Share: