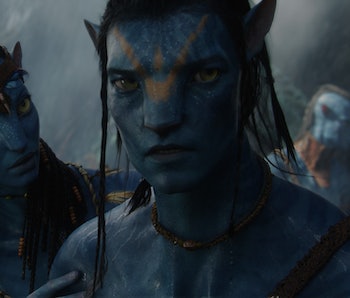 On Tuesday, Yuri Milner, Stephen Hawking and a panel of theoretical physicists announced Breakthrough Starshot: an initiative to send nanocrafts to Alpha Centauri in the continued search for signs of life beyond Earth.

It’s still going to be awhile before the nanocrafts take off, but science fiction has been enthralled with the idea of life in the Alpha Centauri system for decades. Let’s take a look at some of the system’s most esteemed residents.

The Alpha Centaurans appeared in a few episodes of Doctor Who during the Tom Baker era. A hexapod, hermaphroditic species, the Alpha Centaurans are a nervous bunch who struggle with things like bravery and righting themselves if knocked over. Even so, they’re sort of endearing in their own six-armed way.

Though it was forced out of the system and unceremoniously flung into space, the Transformers’ home planet Cybertron originally called Alpha Centauri home. A super technologically advanced world that’s actually the body of the Transformers’ creator, Primus, Cybertron’s seen a lot of fighting at the hands of the Transformers. Will Breakthrough Starshot’s StarChips find some Autobots or Decepticons upon arrival?

A 1996 novel by John Barnes and former astronaut Buzz Aldrin called Encounter With Tiber follows a man on a mission to uncover the mystery of an alien race that tried to colonize Earth 9,000 years ago. Originally from the moon called Tiber in the Alpha Centauri system, the Tiberians are long-extinct, but they left pieces of their civilization and clues about humanity’s history in our solar system and firmly within reach.

This is a 2-for-1. In Mary Doria Russell’s 1996 novel, The Sparrow, a mission to Rakhat, a planet in Alpha Centauri, turns deadly when explorers discover not only the peaceful Runa, but also the violent and deeply dangerous Jana’ata.

There have been a few attempts to adapt the acclaimed novel for film or television, but thus far none have succeeded.

While they technically originated from Earth, we’re going to count the colonists from the Manswell Expedition in Mass Effect 2. Privately funded by a billionaire in the 2070’s, a ship carrying some intrepid colonists lost contact with Earth and were presumed dead until they were discovered by asari in Alpha Centauri. The in-game report reads:

Some closure today in the case of the lost colonists of the Manswell Expedition: after educating the colonists on the state of galactic affairs, Alliance personnel asked the group where they wished to live. Nearly half of them voted to stay on the planet, with one of them saying “Everything has changed so much that I don’t see how I could ever go back. Mass relays? The Citadel? Robot wars? I wouldn’t know what to make of any of that. I feel like a caveman seeing New York for the first time.” Others were eager to rejoin galactic life. “I just discovered one of my descendents is still alive,” another colonist explained. “How weird will that be, going back to see him?” An Alliance sociologist said they will help the colonists assimilate into modern life if they choose to return to Earth. “Follow-up interviews and seeing how they adjust should be fascinating,” she said.

Also technically a Terran, Zefram Cochrane apparently retired to Alpha Centauri after developing the Warp Drive. According to the events of The First Contact, Cochrane was responsible for the Vulcans’ first contact with Earth, thanks to his light-speed flight in 2063.

The tall, blue humanoids of Pandora (a moon in the Alpha Centauri system) are probably among the most recognizable Alpha Centaurians from popular culture.

Even though Cameron’s announcing new sequels to Avatar all the time, we may well see the nanocrafts reach Alpha Centauri before he returns to his fictional version for another film.

1. Bureaucrats / Small Furry Creatures (The Hitchhiker’s Guide To The Galaxy)

Home to “local” planning office, which held the plans for the bypass that the Vogons destroyed Earth in order to build, Alpha Centauri makes several appearances in Douglas Adams’s The Hitchhiker’s Guide To The Galaxy. Though it doesn’t hold to much of the Hitchhiker-verse’s most interesting or poetic alien life, Alpha Centauri is where you can find the local cluster’s bureaucrats, who have, apparently, gotten soft as of late.