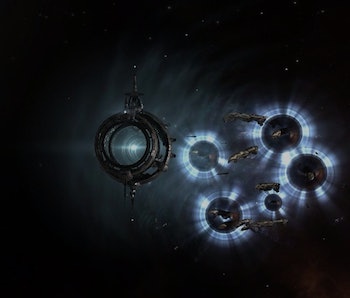 We’re receiving more and more information regarding Denis Villeneuve’s highly anticipated sequel to 1982’s Blade Runner, and it’s time to start thinking about the film’s finer points. Given the incredible respect afforded to Ridley Scott’s slow-burn noir thriller, it’s only reasonable for fans to wonder how the more celebrated portions of the original will be handled in the sequel.

Chief among the shining points in the original Blade Runner is the film’s brief climax, in which the movie’s foil, replicant Roy Batty, confronts Harrison Ford’s bounty hunter Rick Deckard. As he counts down the final moments of his life, Batty looks down at his prey with something approaching childlike bewilderment. He then delivers one of the most celebrated monologues in science fiction history, a confessional now known as the “tears in the rain monologue.”

Villeneuve’s Blade Runner sequel affords audiences the chance to explore the vast Universe established in Philip K. Dick’s novel Do Androids Dream of Electric Sheep and brought to vivid life in Ridley Scott’s classic. Yet, how much exploration and world-building can the film do before the sentiment and the inherent magic of the original is undercut?

Batty has Deckard on the ropes. The detective has been terrorized, injured and run off the side of a building. He’s slowly losing his tenuous grip on a small bit of roof. Then, for no given reason, Batty — an android who’s watched Deckard hunt and kill his only friends one by one — lifts Deckard to safety just the detective’s grip fails him.

He has no reason to save Deckard, yet he does, his eyes betraying wild confusion, not at his own life-saving actions, but at the need for the entire confrontation. How can Deckard hunt him down? How can the detective not respect Batty’s life, the life that’s sitting in front of him and ticking down it’s final moments? These thoughts rumbling through his head, Batty delivers his final words.

While he’s actually credited with writing the monologue in large part (it’s certainly different from the original script), Hauer is quick to give the credit to screenwriter David Peoples. “I loved those images he came up with,” Hauer once told The Guardian. “‘C-beams glittering near the Tannhäuser gate, attack ships off the shoulder of Orion’. I thought they were really interesting, even if you didn’t understand them.”

The audience didn’t understand. No one had heard of a Tannhäuser Gate before (because it didn’t exist). However, the audience didn’t need to have a complete understanding of these exotic places to understand their important role in Batty’s words. In fact, an understanding would probably cheapen them, as Batty’s whole point throughout the ‘Tears in Rain’ monologue is that his life, however brief, has been as full to an extent not even Deckard can understand. That he’s forged his own unique memories is — in Batty’s eyes — the very thing that makes his existence, his very life, something worth treasuring.

In spite of its sci-fi trappings, Blade Runner is firmly a film noir. From the looming shadows of a city plunged into eternal night to the throwback wardrobe to the very deliberate use of smoking in certain scenes, Blade Runner is more noir than it is sci-fi action film.

In keeping with that genre, Blade Runner tells an intimate story with deeply rooted philosophical musings. While there is some action and some science, Blade Runner is mostly concerned with pondering the very nature of our humanity more than it is with blowing replicant heads off or explaining how they work. It’s interested in telling a complex story about the characters caught in a backwards world, grounded in circumstances largely outside their control, not taking audiences to the edges of space.

While the specific details haven’t been disclosed yet, you can bet that the Blade Runner sequel will be packing quite the budget with the likes of Harrison Ford, Ryan Gosling, and Robin Wright already signed on. As a result, there might be more pressure on the talents behind the film to amp up the visual splendor, and even take audiences to Hauer’s Tannhäuser Gate (a location that’s taken on a life of its own since its mention in the original film).

Just Don’t Do It

Putting too much emphasis on big-budget spectacle in the new film would betray the things that made the original so special. Hauer’s monologue is a deeply personal moment that’s made all the more powerful by the quiet solitude sewn into the fabric of the scene.

Having literal knowledge of the exact dimensions of a Tannhäuser Gate or knowing what a C-beam looks like won’t enrich the audiences understanding of Batty’s pain. It would make him just another living being lamenting his final moments, and Blade Runner deserves more than a cliche.