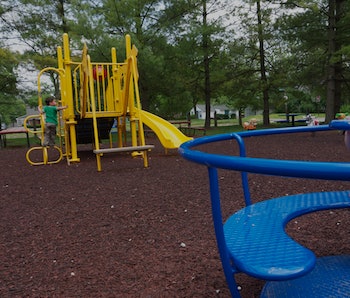 Degarelix treats prostate cancer by stopping the production of testosterone. It has a very predictable side effect. Men who take it lose interest in sex. This is presumably frustrating to them and their partners, but it is also interesting to doctors studying the causes of harmful sexual behaviors. How better to stop people with dangerous or hurtful sexual urges than by vaccinating them against their own impulses? Researchers at Sweden’s Karolinska Institute are now appealing for funding to study the efficacy of using Degarelix to treat pedophilia — the act, not the orientation. The thinking goes that pedophiles will remain pedophiles, but that they’ll lose the urge to sexually engage with children.

The drug, which costs $1,415 for a year’s supply, would protect children from pedophiles and self-identified pedophiles from themselves.

The success of this strategy depends on the ability to identify pedophiles before they act, but several men with sexual fantasies about children have reportedly already volunteered. As the researchers point out on their website, many men with “paedophilic sexual orientation actually often seek help before they offend.” Approximately a hundred men show up to the Karolinska Institute’s Center for Andrology and Sexual Medicine each year seeking treatment during sexual crises. The existence of an entire community of so-called “virtuous pedophiles” online underscores the fact that this admittedly unusual study could have legs.

Until now, society has treated pedophilia as a crime rather than a mental illness. That is, we’ve focused on punishment rather than prevention; by the time perpetrators have been called to the attention of the legal authorities, the damage to children has already been done. While the Priotab project is a long shot, it’s at least got its priorities straight, as project leader Christoffer Rahm, Ph.D., explained: “With this research project, I want to shift focus and explore methods of preventing child sexual abuse from happening in the first place.”