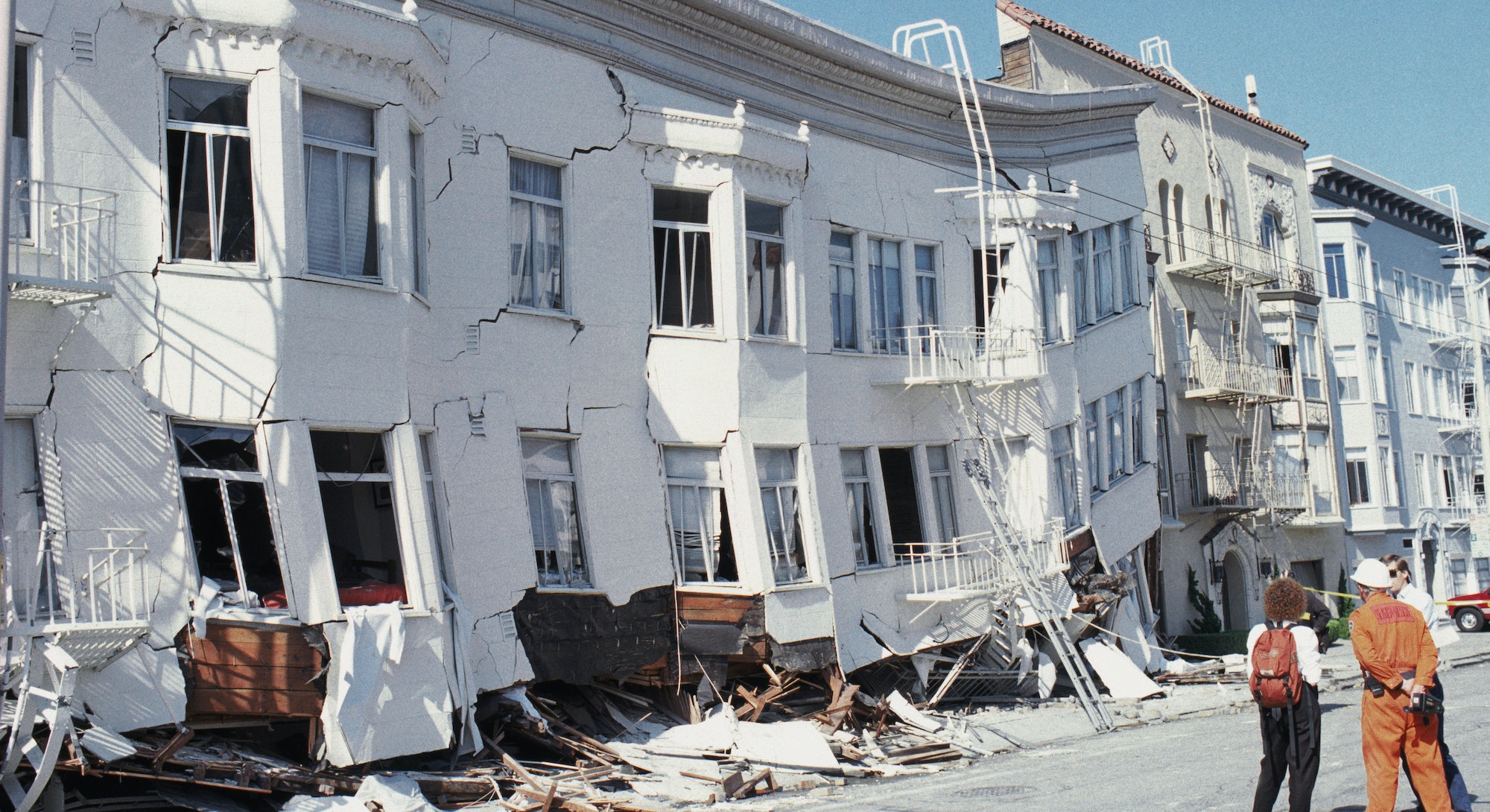 One night this past December, I was jerked awake. My bed moved. My first inclination was to believe that my neighbor was jackhammering the side of my house, but, as I regained composure, I realized that Occam’s Razor pretty much ruled out an assault on my residence. “Oh,” I thought, “this is what an earthquake feels like.”

I live in Lake Cowichan on Canada’s Vancouver Island, about 50 miles from the epicenter of the 4.7 quake that disturbed my slumber. It was a mild earthquake by any standard, felt by thousands in British Columbia but with no reports of significant damage. And yet the quake, to me, was shocking. I grew up in Ontario, Canada, far from any significant shaking hazard and though I knew about the fault lines and the near inevitability of catastrophe before I moved west, the truth of tectonics never really sank in before that moment.

I’ve lived in coastal British Columbia for three years of my adult life and done almost nothing to prepare for or even consider earthquakes. I know that I should be ready not just for little shocks like that one, but for something much, much more severe because I understand the science. Here’s what the science says: There is a one-in-ten chance of a massive earthquake unzipping the West Coast from Oregon to Canada within the next 50 years. I’ve read that New Yorker article, the one that every person in this part of the world spent a month talking about before doing a huge collective nothing.

So, what gives? Why haven’t I gathered canned goods and bottled water? I’ll get into that, but let me make it clear I’m not alone in my lack of preparation. The Auditor General of British Columbia first chided the provincial government for not doing enough to get ready for a catastrophic earthquake in 1997. Its most recent report, released in 2014, concludes that little progress has been made.

The most vulnerable places in Canada are the remote communities on the West Coast of Vancouver Island. Large sections of these towns will one day be wiped out by a tsunami, and residents can expect to be cut off from electricity, water, and access to the rest of the world for weeks if not months in the aftermath of a large quake. You would expect that these people would be the most aware, the most prepared to sustain and care for themselves and their neighbors in an emergency.

That is not the case. Take this blog post by a resident of the surf town of Tofino, B.C., frustrated with that community’s lack of initiative in making a plan. It’s titled “You’re all going to die. (Whatever.)”

Few people in this community seem to care about this at all. Like I said, I absolutely don’t get it. Many or possibly most of you will die in this event, with the current plans and preparation as they are, and it’s like “Whatever.” I cannot even just say “Fine, you guys don’t want to prepare? Well I will anyway.” — because your lack of preparedness affects my survival.

There are a number of important psychological reasons why people resist preparing for major disasters. For one, there is recency bias. The Pacific coast has been tectonically quiet for a few hundred years. The Cascadia subduction zone saw its last major shake in 1700. Although some aboriginal groups remember it through oral history, more recent immigrants like myself have no cultural tie to an event of that magnitude taking place here. More regular small- and medium-sized shakes, like they get in Japan, would serve as reminder of the Big One that is yet to come, but that’s not happening here. As psychologists have noted, humans are worse at preparing for a disaster they’ve never experienced before.

But humans also have excellent imaginations. Imagining catastrophic natural disaster is a specialty of blockbuster movies. San Andreas wasn’t a good movie, but it was a good reminder.

It’s tempting to throw up your hands and declare the situation hopeless, but the truth of the matter is that there are cheap and easy ways of preparing for a disaster that will actually improve your chances of surviving an earthquake and its aftermath. Still, there’s an information gap, and it’s a critical one: Although it’s easy to find information about what you’re supposed to do to get prepared, it’s really hard to get the information you need to evaluate your personal risk. If you can’t evaluate your own vulnerability with some degree of certainty, you are unable to make a calculation about how much time and money you are willing to put into mitigating that risk.

The approach that governments are taking to encourage personal preparedness is all wrong. The list of things you’re supposed to do to get ready is overwhelming. It feels like homework. It also feels like an all-or-nothing endeavor. And while the lifetime risk of a major disaster is frighteningly high, the risk of it happening next month is comfortingly small. So we postpone.

People really would start to get ready if the approach was different. It needs to start with giving people the tools to analyze their personal and community risk. “The Cascadia subduction zone runs from Cape Mendocino, California, to Vancouver Island, Canada,” writes Kathryn Schulz, the author of the New Yorker piece, in a follow up post about how to mitigate the risk. “Those who live anywhere in that region and west of the Cascade Mountains are at risk — but how much risk and what kind varies considerably, based on where exactly you live in relationship to the fault line, how susceptible your area is to liquefaction and landslides, what kind of structure you’re in when the quake occurs, and your local seismic codes.” (This article, by the way, gave me more information about how to think about my personal risk and low-effort ways to mitigate it than the rest of my research combined.)

I trawled the internet for hours without making much headway on determining the risk level in my community, which is far enough inland to be safe from tsunamis but vulnerable to intense shaking (this fact alone was difficult to determine.) Googling “Lake Cowichan earthquake risk” takes you to a 90-page document that promises to get you disaster-ready in 26 weeks, if only you follow the detailed steps in order. It says everything about how to get ready, and nothing about the local level of risk. It’s overwhelming.

If I could determine my vulnerability, I could then determine the amount of effort I’m willing to spend getting prepared. Which brings me to the next thing that people need: a baby-steps approach to getting ready. Get people in the door by suggesting one small thing they can do, with the opportunity to scale up later. It’s not hard to dedicate a single shelf of storage space for non-perishable foods and bottled water, and it’s much better to have that than nothing. I can’t commit to a 26-week plan, but I can commit to that.

My fiance has been talking about gathering an emergency supply since we moved to our current home, half a year ago. One of the barriers, for us, is lack of storage space. But I think I’m finally ready to take that first step, even if it means finding room for another large plastic bin in our already-overflowing closets. I know enough now, after significant effort, to actually imagine what a significant earthquake would mean for me, in the place where I live. And because of that, I understand how I can get ready in a way that is proportionate to my level of risk. It really needn’t have been so hard.