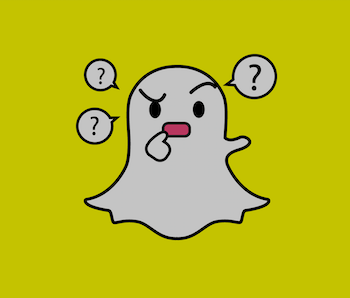 Snapchat updated its chat function today, making the enormous leap from Chat 1.0 to Chat 2.0. The goal, the company writes, is to “emulate the best parts of face-to-face conversation.” The other goal, the company does not write, is to render iMessage and FaceTime irrelevant, forever. (Had Snapchat written in that clause, they may’ve included an emoji. Perhaps… 👹).

While the blogpost went up this morning, Snapchat released an update to the masses earlier this afternoon.

But the code for this update has been in there since at least January, when hackers discovered some hitherto unreleased, but coded, chat features. Inverse wrote about these hidden Snapchat features then, but it’s taken Snapchat about two months to put the code into practice.

With the update, Snapchat takes aim at iMessage and FaceTime. It’s all packaged under one roof, though — and a spiffy package, at that.

The chat interface is now beautified. From left to right, you have access to: your camera roll photos, voice calls and voice notes, the familiar (now-passé?) photographic Snapchat dead center, video chats and video notes, and a huge amount of stickers.

Snapchat stories now act a little bit differently, too. Instead of selecting each story you want to watch, the stories autoplay. Once you start watching one, the rest will fall into the queue.

Another, less reported feature is smart link integration. When you type or paste an address into chat — “Let’s meet at 1 Infinite Loop,” for instance — Snapchat recognizes this as an address and drops a little map icon into your chat. When you tap this map, you have the option to open an independent mapping app and view the location.

The perceptive reader may notice that literally all of these features are already available with pre-existing Apple iOS native apps. In other words, you can do all of this quasi-communicative nonsense without Snapchat. You can send photos, emoji, bitmoji, video messages, and audio messages within iMessage, and you can video chat with FaceTime.

But, under one, in-vogue roof — namely, contained within Snapchat — it’s easier, less serious, and instantaneous.

And in case you’re wondering about Snapchat’s privacy policy, it’s updated that, too. You can should be able to read it here (at time of publication, the link to Snapchat’s privacy center is non-functional), and also see how cooperative Snapchat’s been with governments around the globe over the past several months.