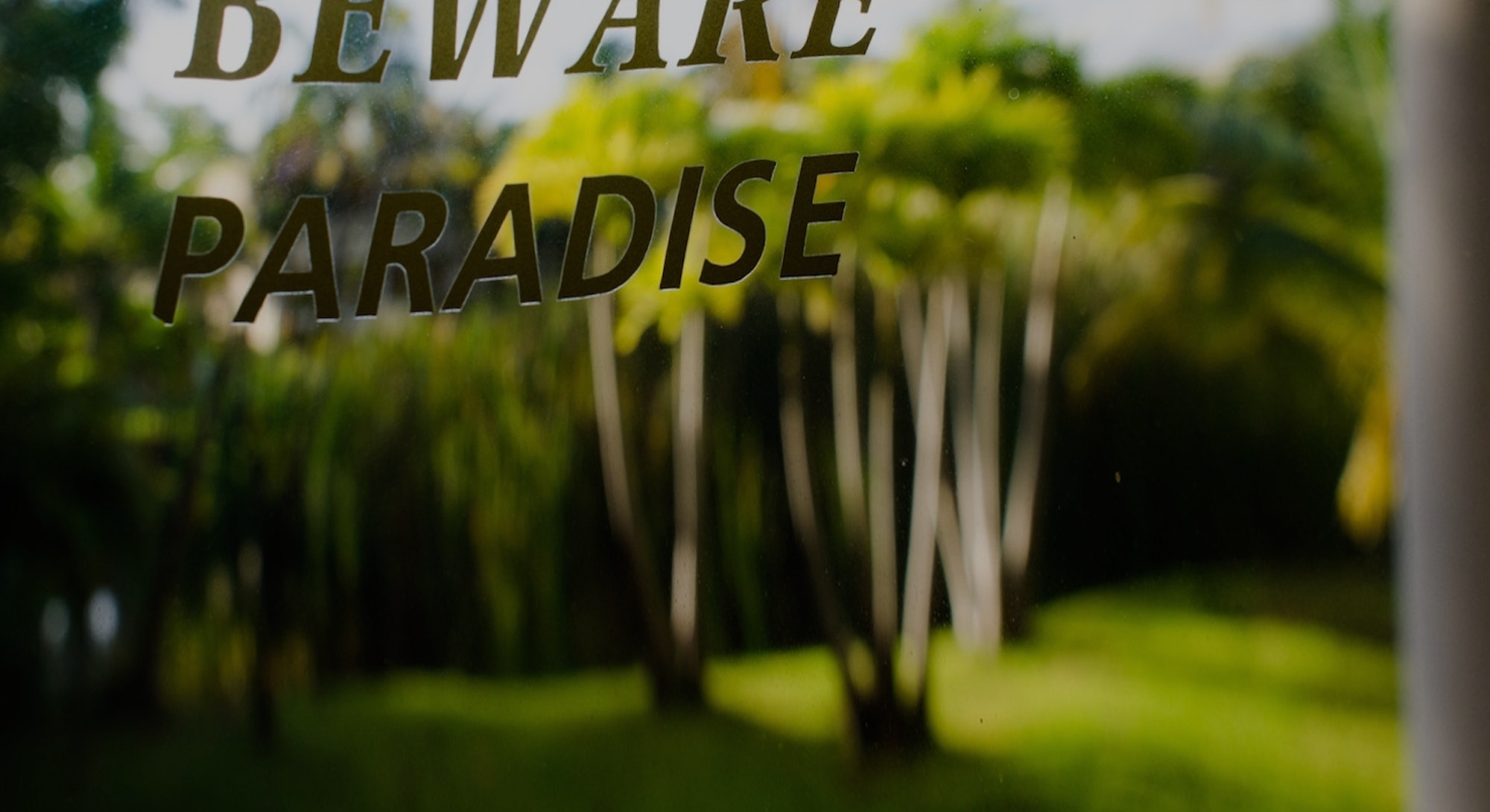 Let’s rewind, though, so you can understand where my head was at. I knew next to nothing about Zika, other than that it was a very unfortunate thing occurring elsewhere on the planet, until February 26. On that day, my editor gave me an assignment: listen to the Centers for Disease Control media call and update on Zika, then spin out a story. The two misleading tidbits I excerpted and mentally italicized, bolded, and underlined were A) no one knows anything about this virus and B) Zika-infested Aedes mosquitoes abound in Puerto Rico.

My family had planned this trip for some time. It was meant, in part, to be a recuperative venture. Last summer, my sister, Emma, was involved in something along the lines of a car accident. To condense a long, arduous journey, she, eventually, “recovered.” (Quotation marks because imagine trying to fully “recover” — physically, let alone mentally — after a Ford F450 pins you against a Jersey barrier on the edge of a high bridge.) As a family, we decided to celebrate Emma’s resilience with a visit to Culebra, Puerto Rico. Then, Hulk Hogan sued Gawker, and the trial — in which Emma had to testify — coincided with our trip’s dates. The trip that was, in large part, for Emma.

Emma completed her testimony and made it to Culebra a couple days after we’d all arrived and acclimated. Upon her arrival, we joked about how predictable it’d be if she got Zika.

My initial paranoia, after about a half-dozen bites, had shifted to what I felt was an apathetic, zen-like acceptance. Neither position, I felt, was altogether outlandish. Both legends exist. The CDC and the media are the biggest current purveyors of the former position — the everyone panic position: the CDC has a page dedicated to the virus, much of which speaks in caps lock, and its board’s tone — in media calls, for instance — seems to prophecize doom; swarms of apocalyptic Zika articles hit reactionary news outlets each day. Many apparent contrarians, on the other hand, are shouting at the alarmists to chill — Zika’s like swine flu, man: it’s just, like, a big… hoax.

Facts will help us to sort out this mess. We humans have known about Zika since the late 1940s, when it was first isolated — initially in a monkey, then in a mosquito — in the Zika Forest in Uganda. 1952 marked the first evidence of a human infection, in a 10-year-old Nigerian girl. From its discovery in the mid-20th century up until 2007, when the current outbreak began, only 14 human infections were confirmed.

That outbreak took off in Micronesia, and was the first known time that the virus escaped its confinement in Africa and Asia. Researchers reported about 50 confirmed cases and 60 probable cases.

In April, 2015, Brazil encountered the virus. (And an estimated 1.5 million Brazilians have the virus already.) From there, it rapidly spread throughout Central and South America, Mexico, and then the Caribbean. Though by now it need not be said, research suggests, but does not yet entail, a link between Zika and microcephaly.

The continental States — or at least those with Aedes skeeters — are collectively sighing with apprehension. But Puerto Rico — due to its climate, shoddy infrastructure, and abundance of both standing water and mosquitoes — is taking the brunt of the initial wave. The U.S. territory is facing an epidemic, one that is expected to far surpass anything the Eastern seaboard will encounter. Of the island’s 3.55 million inhabitants, almost a million are expected to get the virus within the year. There are already over 250 confirmed cases, a tenth of which are pregnant women. And it’s not even mosquito season yet. Everyone’s doing as best they can to take preventative measures, but the situation looks relatively hopeless.

Even now, in Puerto Rico, it’s likely that far more than 250 people have contracted the virus — for two reasons. Firstly: only one in five infected with Zika are symptomatic. Secondly: the disease’s symptoms are not serious. If you’re in that unlucky 20 percent and are symptomatic, you’re looking, essentially, at a mild version of the flu, paired with a rash and “conjunctivitis eyes,” that’ll clear up in under a week.

But back to what was irrefutably a blissful vacation. In Culebra, I doused myself in DEET. No less, as youngest sibling, I dutifully attracted and gave blood to the majority of the mosquitoes we encountered. I acquired a new ability to detect a mosquito’s presence in an enclosed room — the high frequency their flight emits is audible to relatively young and undamaged ears. When outside and vulnerable, I took to intermittently flailing my extremities to scare off unseen pests. In San Juan, before catching a flight home, I witnessed sanitation trucks (evoking the 1950s) coating the streets with fragrant anti-mosquito chemicals. Most of all, I became a merciless mosquito seeker and destroyer. And I’ll never look at a mosquito the same way again.

Then our trip was over, and it was back to Brooklyn for me. We had a red-eye flight that left San Juan at 2:30 a.m.; I arrived at my apartment around 9 a.m., running on about two hours of seated sleep. Work loomed; a general malaise descended. My eyes were literally red and felt oozy, my muscles and joints ached, and my hard-earned sunburn both raised my body temperature and made me itch.

I knew I had Zika.

That, or all my symptoms were false positives.

So, on my brother’s insistence, I went to a doctor. The doctor confirmed that there was a good chance I had Zika, and — here’s where you’ll learn something — wrote me a prescription. He told me that it was the procedure, that he could not test me. This was a measure to reduce panic, he explained: since Zika is not life-threatening, the powers that be (at least in New York) have decreed that worried travelers and their significant others cannot just wander in to get tested for Zika. Instead, they must see a normal doctor, who can then either confirm or deny their fears based on their symptoms, travels, and so on. If confirmed, the doctor sends the patient to one of several designated Zika-testing emergency rooms.

The next day, I went off to one of those emergency rooms. There, I encountered a combination of general suspicion and intrigue. “What are your symptoms, though,” paired with a skeptical side-eye, versus “You got Zika? How’d you get that?” Regardless, they whisked me off to a room. Not long thereafter, a doctor told me he wasn’t going to test me for Zika.

“We’re only testing pregnant women,” he said with a smile. “The doctor shouldn’t have sent you. Even if you have Zika, it’s nothing!” Et cetera. But, he said, I probably didn’t: my symptoms were, in all likelihood, false positives. “You’ll be fine.”

When I asked him why they weren’t testing everyone, he said that the official, CDC-established testing centers were already overrun with tests, and that pregnant women faced the gravest immediate consequences. And thus I learned that the CDC was sending mixed messages. To the media, it’s inciting fearful tales of Zika’s rampant, mysterious malevolence, of Zika’s sexual transmission. It’s simultaneously making clear that no one knows anything about the long-term effects. To the public, via overly-confident doctors in emergency rooms, the CDC is quashing those same fears.

As Zika continues to overtake Puerto Rico, and as Congress continues to neglect the Zika Response and Safety Act, the continental U.S. will undoubtedly be forced to confront the virus this summer. Temperatures will be high enough for Aedes skeeters to flourish, even in New York City, and flights will continue going in and out of Puerto Rico to and from all over the place. It’ll take a handful of infected travelers to bring the virus into the arena, and if one of those diseased is bitten, the biter will likely pass along the virus to another local. (Female mosquitoes — those that bite — live for almost a month.) Voila: a stateside epidemic.

But don’t panic: you’ll be fine.