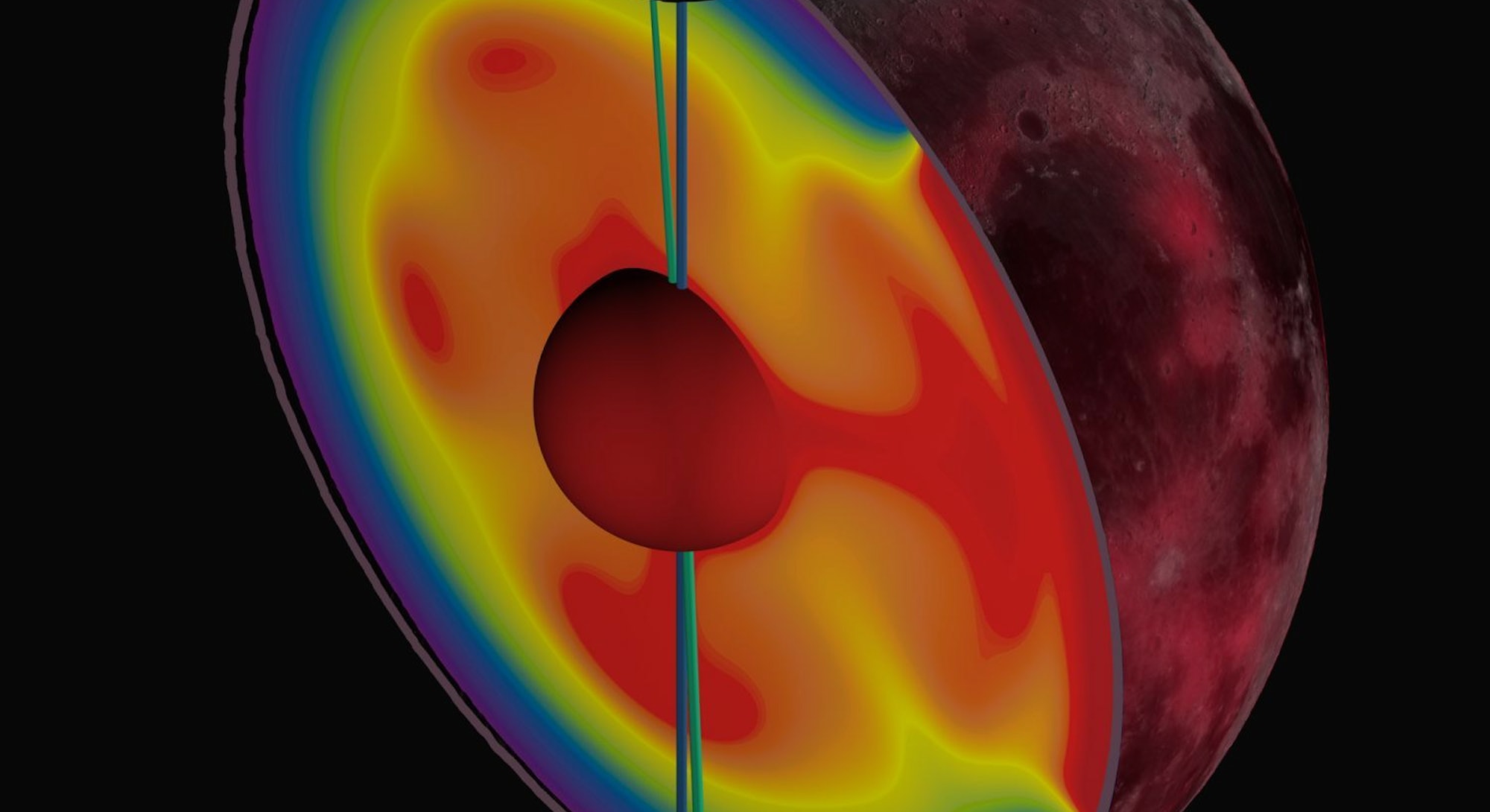 About three billion years ago, the Earth’s moon did something very surprising. It tilted about 5 degrees on its own axis, causing the north and south poles to migrate by about 125 miles. It did so slowly, over the course of maybe a billion years, after internal turmoil set the rocky satellite off its equilibrium.

Scientists believe this sort of planetary event, called “true polar wander,” is rare. Although perhaps it’s just that researchers haven’t been looking in the right place or for the right signs. “It’s a relatively new thing to look at in planetary science, but it seems to be a potential answer for a lot of strange things we see on planets,” says Siegler. “People had sort of thought about it as voodoo science for a long time.”

Both Earth and Mars show evidence of past true polar wander, as do some of the moons of the giant planets, and perhaps even Pluto. Wander occurs when the mass of a rotating body shifts, as heavier parts of the planet will settle in equilibrium at the poles. One obvious cause of such a shift would be a collision with a large asteroid or comet, if it adds enough localized mass to tilt the planet.

Siegler stumbled on the idea of possible polar wander on the moon in a paper by planetary scientist James Keane, which described strange concentrations of mass and large craters. Siegler was studying the moon’s polar ice at the time, and wondered how wander might have affected the frozen deposits.

That’s because ice can only exist on the moon in the deep parts of craters that are always in shadow. Direct sunlight sublimates the frozen water in the razor-thin atmosphere. The moon’s ice has been frozen in place since it formed, billions of years ago. When the poles shifted, areas that had not previously been exposed to sunlight evaporated. The ice that remains today paints a trail between the old poles and the new, filling the craters that stayed in the shadows through it all.

Siegler brought on Richard Miller, an astrophysicist at the University of Alabama, Huntsville, to map the moon’s ice using neutron spectrometer data from NASA’s Lunar Prospector mission. With his help, they discovered this telltale sign — concentrations of ice located directly opposite each other, marking the former poles.

Someone else might have noticed the pattern first, although no one did, says Siegler. For one possible explanation, most researchers of the moon’s ice focus mostly on the south pole while ignoring the north. For another, the conventional mapping projection of the moon obscures the special opposing relationship between these two off-pole concentrations of ice.

By analyzing the location of the former and current poles, the researchers could actually pinpoint where a mass would have been added to the moon to cause the shift. They brought Keane on board to locate it precisely. “We went to James and said, ‘What crater caused this?’ and he said “No crater caused this.” And we’re like, ‘Oh, I guess we’re wrong.’ And he’s like, ‘But, if you put an anti-crater here — a negative mass — then you could do it.’”

It wasn’t the addition of mass that threw the moon out of whack. Instead, a pocket of hot mantle bubbled up towards the crust. This was a region of high volcanic activity at the time, now called the Procellarum region, which we see today as the dark spots on the surface. This localized heat resulted in an area of the moon that was less dense than other parts. The shift in mass was enough to alter the moon’s spin such that this area of lower density drew closer and closer to the equator.

“It was surprising that we were able to find a source that no one had thought of as something that could move the moon,” says Siegler.

Polar wander could happen again, if the moon were struck by a massive enough object. But it isn’t likely to happen again in a similar way. “This volcanic region isn’t suddenly going to become super active again,” he says. “The moon is not totally geologically dead, but it’s much more geologically dead than it was three billion years ago.”