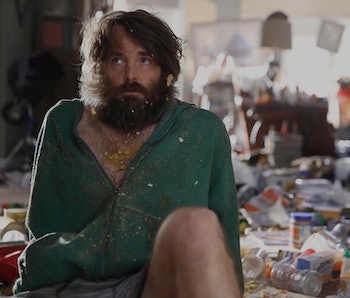 Phil Lord and Chris Miller’s The Last Man On Earth may just be the most experimental sitcom on television. The strange little comedy is set in the aftermath of a virus that has killed all but a handful of people in America, and that concept alone carries with it some stories that simply wouldn’t work on a typical sitcom. After all, questions like, “where is our next meal coming from?” simply wouldn’t work on Friends. It creates a lot of room for creativity, which is served well by the show’s striking mixture of original humor and fresh twists on comfortable archetypes.

Chief among the archetypical elements is the show’s star, Will Forte, who plays bumbling protagonist Phil Miller. When the show began, audiences began the journey with Phil alone as he navigated his way through an abandoned world. Audiences were given the sense that Miller was a lonely man at the end of his rope, a poor simpleton who had gone gleefully out of his mind when he failed to find other survivors.

After more survivors found their way into Phil Miller’s world, viewers were treated to a glimpse of not just Phil’s insanity, but his stupidity, too, a trait previously hidden behind the fact that Phil didn’t have anyone with which to communicate. With the addition of a supporting cast, what started as an exercise in existential comedy about a normal, solitary man became a non-stop spiral in which Phil alienated himself from the rest of the group and then made things worse by trying to fix his initial problem.

The poor guy may mean well, his craziness has infected his thought process, something that probably wasn’t working very well before society fell. As the character has slowly overcome the first of these flaws — insanity — he’s become defined by the second. — stupidity.

Here are some of the dumbest thing’s he’s done.

Early in the show’s life, Phil Miller had one goal once he realized he wasn’t alone on the planet: to get laid. His desperation for, ahem, human companionship was so strong that he even agreed to get married to a woman he’d just met (the brilliant Kristen Schaal) just to speed things along. Then, January Jones showed up.

What results is Phil’s desperate, transparent scramble to get some alone time with Jones’ Melissa Shart. His obviously fake tear-filled attempt to convince Carol that he should (reluctantly) sleep with Melissa is the first sign that we���re dealing with a true moron. Carol sees it, too.

Letting the Cow Out

In the series’ seventh episode, Phil lucks into finding a cow — which means fresh dairy — that’s wandered into town. In the first of several attempts to redeem his bad behavior, he delivers the cow to his fellow survivors. Unfortunately, for Phil, his thunder gets stolen by newcomer Todd, a genuinely good fella who also has experience working in a dairy.

Of course, the only natural reaction is to steal the cow so Phil can be the hero again when he returns it. Obviously, the plan totally backfires, and Phil is left scouring the city in search of the AWOL cow. Thankfully for Phil, Todd is not a total dumb ass and is able to recover the survivors’ only source of fresh dairy with ease. More surprising, he’s intent on heaping the acclaim on Phil.

No matter how big a turd you might be, it only seems natural that when the world’s population consists of fewer people than a baseball team you’d want to keep everyone in one place. Apparently that logic doesn’t work when you’re just trying to have sex with anyone but your wife.

When two new people show up in Tucson, Phil takes it upon himself to explain to both of them that they’re the only survivors left on the planet. Of course, that’s a complete lie and it’s inevitable that it will become unravelled in short time. Which totally happens.

Once Gail and Erica get wise to Phil’s scheme, he doubles down on his own stupidity by first trying to convince the survivors that his deception was all a prank. When that lie is put down quick and in a hurry, Phil makes one of his his dumbest move on the series: getting a perm in an effort to convince people that he’s his own twin brother.

Eating All His Supplies

At the end of the first season, after twelve episodes of deception and increasingly imbecilic behavior, Phil is ejected from the small band of survivors and left alone in the dessert. Of course, the survivors aren’t totally heartless. They’ve left Phil with more than enough food and water to last him during his journey to find someplace else to settle.

Phil spends an obligatory few minutes disbelieving his predicament, shouting that he knows they’ll be back. Then, he proceeds to spend twenty minutes devouring his only form of sustenance.

At the beginning of season 2, the show switches gears to let Kristen Schaal’s Carol play the dummy for a bit. After an entire season of dealing with the ramifications of Phil’s stupidity, the group has decided that they don’t want anything to do with him, a state of affairs that sees Phil largely on his own while Carol tries to mend the fences.

Of course, just as she’s convinced the group to give Phil a second chance, he puts his own plan into action, by charging into the group’s Malibu home and waving a loaded gun around while apologizing profusely. For some reason, his thoughtful words go unheard.

Always read the directions. Also, if you’re working with electricity, it’s always a good idea to make sure every other appliance is turned off while you’re hooking up your new device. That’s common sense — unless you’re Phil Miller.

While once again attempting to get back in the group’s good graces, Phil turns a solar panel project into a near disaster after a live, frayed wire begins thrashing around the yard. Perhaps even stupider than the circumstances that got him into that mess are Phil’s attempts to contain the mistake. No, Phil, a pack of duvets aren’t going to help you, here.

Okay, chalk this one up to herd mentality (no pun intended). When the group’s cow ends up pregnant, they begin their search for the elusive bull who must have impregnated her. So, armed to the hilt with potent tranquilizers, the group take to the hills in search of the bull … only to come up empty-handed.

That is, until the final moments of the episode, when the bull is returned and the group, in their excitement, pumps their only chance for future cows with tons of sedative. Hopefully the ribs tasted good, at least. And, hey, this one isn’t solely Phil’s fault, which is something approaching progress, right?

More like this
Science
Feb. 4, 2023
Why ChatGPT Could Usher in a New Era of Scientific Discovery
By Brian Lucey, Michael Dowling and The Conversation
Gaming
Jan. 25, 2023
"Mindboggling" Launcher layoffs prompt outcry and tributes to WaPo gaming vertical
By Jess Reyes
Culture
Feb. 2, 2023
After Harry Potter, Daniel Radcliffe Obviously Had to Play a Farting Corpse
By Alex Welch
LEARN SOMETHING NEW EVERY DAY.
Related Tags
Share: